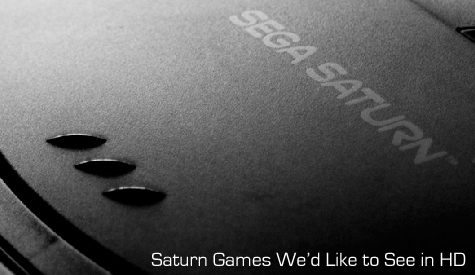 The recent announcement of an HD re-release of NiGHTs Into Dreams has gotten us Sega Addicts a little excited. So excited that we can’t stop thinking about other Saturn games we’d love to see on modern consoles again with an HD coat of paint and a new audience to impress. 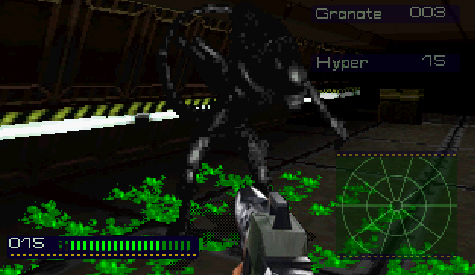 Alex Riggen: Alien Trilogy remains my all-time favorite game based on the Aliens license. While Aliens: Infestation was a great game on the DS, I don’t feel any game has captured the tension and atmosphere of Aliens as well as Alien Trilogy. The game can be described easily as a Doom-clone with the Aliens license but that’s not necessarily a bad thing and there are some differences with the difficulty of enemy encounters moving the game into survival horror territory. I highly doubt we’ll ever see a re-release of this game as it was published by Acclaim (RIP), but with Sega’s control of the Aliens gaming license maybe they could pull some strings. 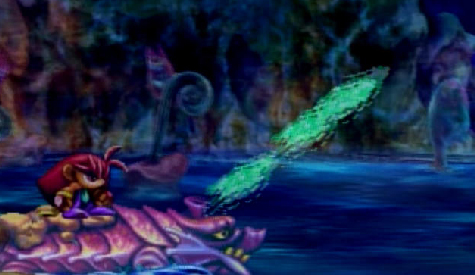 Scott Morrison: If there is anything we can learn from this generation of video games and HD visuals, it is one thing: the more colors the better. All those Call of Duties and Battlefields look realistic, but I can get the same visual experience by staring at my front yard. The more colorful games like Viva Piñata or Rayman Origins are what really stand out when it comes to HD visuals in my opinion. This is why I chose Astal as a Sega Saturn franchise worthy of an HD upgrade. Astal is to some Saturn owners what Ristar is to Genesis/Mega Driver owners in that the scenery is beautiful and the levels come to life with each step through the game. Astal is composed of so many colorful landscapes, even during the nighttime levels with glowing enemies, or the bat-filled cave with spots of sunlight, that it would easily be complimented with HD graphics. The paralaxing backgrounds would also take nicely to an upgrade by adding a more noticeable depth to the game. The simple fact that Astal’s story and atmosphere revolve so much around crystals is another reason it would shine well in HD with eye candy through out. Beauty aside, an HD upgrade of Astal would give many gamers a chance to experience one of the finer 2D platformers of the 32-bit era. Due to it’s lack of sales, and lack of a title on the spine of the case, not many gamers have taken part in Astal’s journey, but I feel that the online marketplace would be an excellent place to bring back the vivid and charming world of Astal. 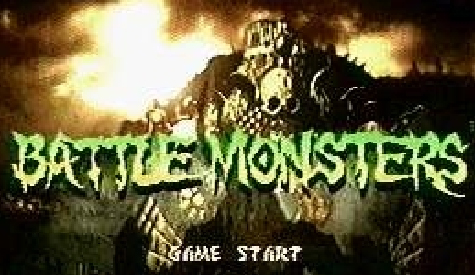 Tom Kyzivat: I know what you’re thinking: how can you improve upon perfection? How can you fix something that’s not broken? Well, we all know that Battle Monsters is perhaps the pinnacle of all fighting games, and perhaps of human culture, but for the sake of argument, let’s say we could improve it with an HD re-release. Now, of course the tuned-up graphics would be quite nice, and there’s a chance the sound could be of slightly better quality, but there’s really only one way to truly improve on this game: add more jump buttons. Think about it–with all the additional buttons modern controllers have, it could finally give Battle Monsters that final touch that it was missing. Thumbsticks, triggers, bumpers–they can all become new and interesting ways to jump. You think Marvel vs Capcom has some complicated combos? Go soak your head, because you don’t know anything and you should feel bad about yourself. Just wait to you try to master the complex system of jumps that will evolve Battle Monsters from a mere game to technical and strategic legend. Hyper Combo finish? For babies, maybe. Try a 237-hit Hyper Jump finish. 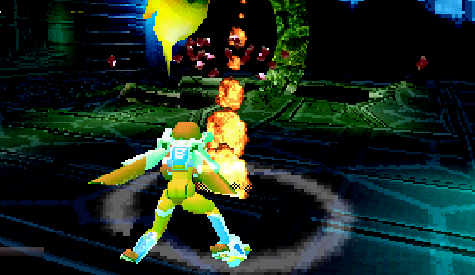 Josh Newey: If any other Saturn game could be considered a suitable companion to NiGHTS, it has got to be Burning Rangers. Like NiGHTS, it was developed by Sonic Team with mastermind Yuji Naka on board as a producer. Unlike NiGHTS, it’s extremely hard to come by these days, and goes for agonizingly steep prices on eBay. While I myself have never gotten a chance to play it, everything I’ve heard and seen from Burning Rangers is great—speedy, flight-heavy gunplay in flashy, explosion-filled scenarios. If the rest of Sonic Team’s early games are to be believed, Burning Rangers is fast, intuitive, and ridiculously fun, even today. I know that the likelihood of a lesser known game like this getting an HD coat of paint is slim to none, but the Saturn is brimming with underplayed, prohibitively expensive games, and re-releasing them in some form on download services could be the only way to give players another chance to play them. 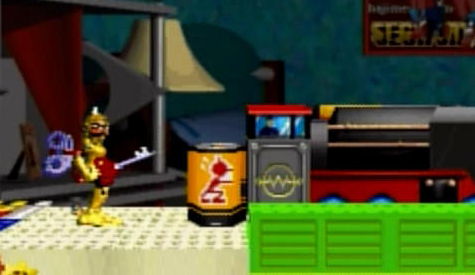 Mike Kyzivat: I can’t think of a Saturn game that would benefit more from a HD remake then Clockwork Knight (and Clockwork Knight 2). The game is a colorful platformer set in different rooms in a typical house and you play as a Clockwork Knight that has set off to save his princess from an unknown evil. The game is very bright and colorful and mixes prerendered graphics (like the backgrounds and small enemies) with real time 3D (most bosses and foreground elements, and main character) The problem with the original version is that the Saturn can’t quite handle all the 3D and rendering at once, so both look kinda grainy and choppy, especially on the edges of bosses and characters. The poly count for everything is already fine, everything just needs a little polish. So an HD remake would really solve all the graphical problems this game has. Everything would look crystal clear with not a jaggie in sight. All the bosses would look so much better and benefit from an increased frame rate.

The only real drawback to Clockwork Knight was the graphics, so with an HD remake it could become a great little downloadable game on PSN or XBLA. Then everyone else can finally see how creative and fun this game is without cutting their eyes on all those jaggies. 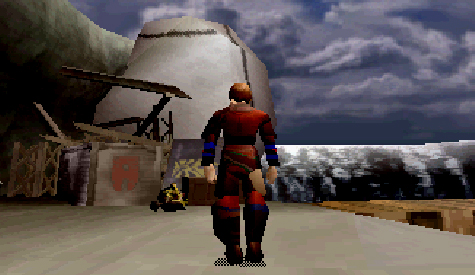 Josh Newey:  I know, I know. This one is generally assumed to be impossible, considering the ongoing assumption that Sega has somehow lost the source code. It’s also a massive, multi-disc RPG—a genre that has struggled both financially and artistically in the HD generation. But I don’t care—I want to play this game, desperately. Panzer Dragoon Saga stands alongside a small handful of Saturn games as one the rarest, most expensive games that the console has to offer, and in a cruel twist of the knife, it’s also considered to be one of the very best. While all other games in the series have been on-rails shooters, PDS mixes semi-real time battles with free roaming exploration, finally fulfilling my dream of full flight control in a Panzer Dragoon game. I adore everything I’ve played in Zwei and Orta, but it just feels unfair that I will never be privy to the sweeping landscapes and open sky that seem to lie just beyond each stage’s restrictive playfield. Even more importantly, PDS expands the Panzer Dragoon universe into something cohesive and understandable, fleshing it out beyond the weird, cryptic texts that leave me confounded every time I play Orta. I know that asking for an HD once-over on such a huge and notoriously un-workable title is nothing short of ridiculous, but the very thought of filling that gaping hole in my Saturn experience once and for all is just too attractive to ignore. Please, Sega? 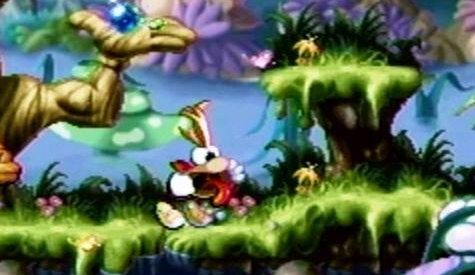 Michael Westgarth: Okay so it’s not a developed by Sega, nor was it released exclusively on the Saturn, but I think we’d all agree that the original Rayman is so very sorely in need for a HD rerelease. In amongst a barrage of flashy new 3D games, Ubisoft successfully utilised the power of the Saturn and offered a fantastic 2D platformer. Unlike many of its platforming predecessors Rayman could not be completed in one sitting where completing the game fully required backtracking through levels once all of the power-ups had been obtained.

If Rayman’s sublime gameplay isn’t reason enough to bring it into the world of high definition, then its graphical presentation surely would be. Even at the time of release it was already pumping out silky smooth animations at a whopping 60fps, and beautifully drawn and imaginative sprites populated the Rayman’s gorgeous world of forests, mountains, instrument filled skies and more, all complemented by a high quality, Red Book audio soundtrack.

With two highly successful sequels, a spin-off series, and a prequel that got a big thumbs up from us, Ubisoft should take note and make a HD rerelease of the game that started it all a reality.

Konami and Capcom on the Sega Saturn

Flake: The 32 Bit Era was largely the death knell for my favorite genre: The 2D side-scroller. Companies like Sony and Nintendo had it in their head that 3-D graphics were all gamers needed, as though the shiny new polygon was going to completely replace the trusty and faithful sprite. Despite this, Capcom and Konami managed to release three of the best 2-D side-scrollers ever created. Ironically, each of these games is still well regarded and sought after today when most of the polygonal games that killed their genre are regarded as quaint and primitive. With the revived interest in 2-D side scrollers, these are three games that should be considered for the HD treatment: 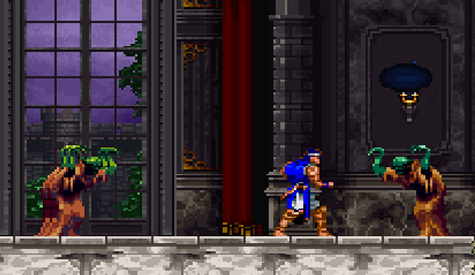 Castlevania: Symphony of the Night

Flake: Of all the three games I have put on my HD wish list, this is the one most likely to actually be revamped in HD. There is not a lot that needs to be said about this game. It is THE definitive 2D game of the 32 bit era. Re-doing this on in HD might require a little bit more in the way of art investment as many of the sprites in the original were themselves re-used from older Castlevania games like Rondo of Blood. The economic demand for such a remake cannot be denied, though. Like with Megaman 8, I think the Saturn version would be the way to go due to the extra content and additional character. 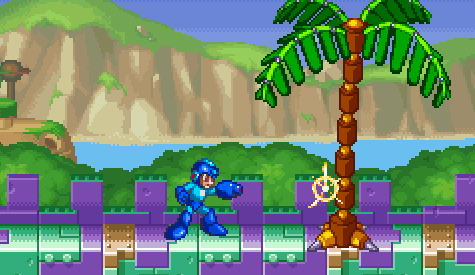 Flake: This is a game that has grown on Megaman fans as the years have gone by. When it first came out, no one knew what to make of it. It was something of a return to the ways of the original series after the massive divergence of Megaman 7, but the graphics were too bright and pastel for most. Ironically, these big bold graphics are what draws gamers to this game these days. In a gaming world of browns and grays, color splashes like Megaman 8 are what a lot of gamers want. Given that the game already features huge, brightly colored sprite, the development costs of HD’ifying Megaman 8 could not be that substantial. Obviously, the Sega Saturn version would be the version of choice given the extra content. 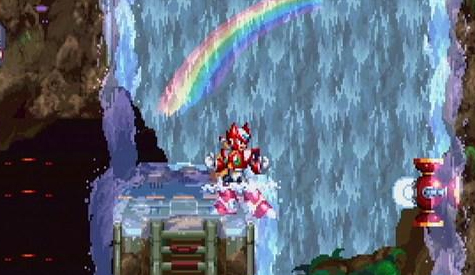 Flake: Arguably the best of the Megaman X series and my second favorite Saturn game. This game would be a perfect candidate for the HD treatment. From a design perspective, it is a small, compact game that would not require an incredible art investment. From a business perspective, the sprites and graphics that were introduced in Megaman X4 were re-used in X5 and X6. A successful HD remake of Megaman X4 would subsidize the development costs of two more games. This has got to be a no brainer.

Get revenge at a discount: Hell Yeah Wrath of the Dead Rabbit 20% off for PS Plus members