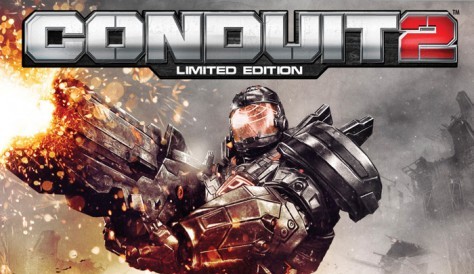 With all the relentless negativity permeating the news these days, it’s easy to assume the darkest bits of gossip are often true. Several recent rumors have been directed at Conduit developer High Voltage, as reported by the folks over at GoNintendo. While some rumors focused on the team’s upcoming WiiWare beat-em-up Animales de la Muerte, others addressed the underplayed Sega-published shooter, Conduit 2.

High Voltage’s Creative Chief Officer Eric Nofsinger has come forward and responded, identifying most of these murmurs as patently false.

Hit the jump to see some of his responses.

While Nofsinger did admit that layoffs have occurred, he argued that they were nowhere near as severe as the rumor seemed to suggest,

In our 19 year history, High Voltage has been put in the unfortunate position of having to lay people off. During the past two years our last layoff was in May of 2011, where we had to say goodbye to 8 people. Although we aren’t happy about that at all; we certainly aren’t alone. Still, I believe our track record with company stability has got to be one of the best in the industry.

In regards to rumors about certain High Voltage employees being demoted below their skill level, Nofsinger labeled that as “completely false,” arguing that no team member has been demoted in a decade.

Also of note were certain rumors regarding the developer’s relationship with Sega after the release of Conduit 2 last year. One rumor suggested that High Voltage was “very upset” that Sega shipped low quantities of the title to retailers. To this, Nofsinger responded,

We do wish that Conduit 2 had been carried by more retail outlets but we harbor no ill will towards Sega.

Nofsinger also shot down the rather odd rumor that Conduit 2, while supposedly supporting Nintendo’s Wii Motion Plus, actually carried no programming for the device. I’ve actually heard this particular rumor before, and while I always assumed it to be an absurd accusation, it’s nice to hear an official response.

To see the full list of rumors and responses, hit the link below.

Conduit 2 shows off its weaponry

Cliffy B may have just outed a new Afterburner Climax… Wait, what?