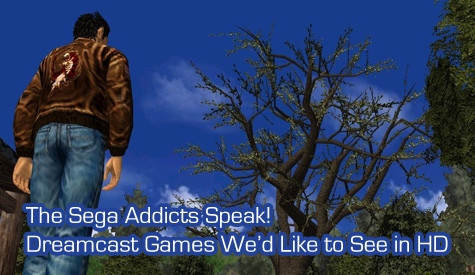 Everyone knows that everything is better in HD. Movies are better. Photographs are better. Breakfast is better. Gym shorts are better. And even video games are better. This generation many game publishers have started to look back at their catalog of games and started to re-release old classics on the current HD systems and there’s already been several Dreamcast games re-released in HD this generation at various levels of success. We’ve decided to take a look through the Dreamcast’s library and pick some games we’d like to see make a return to modern television screens everywhere.

Hit the jump to read our suggestions for HD re-releases! 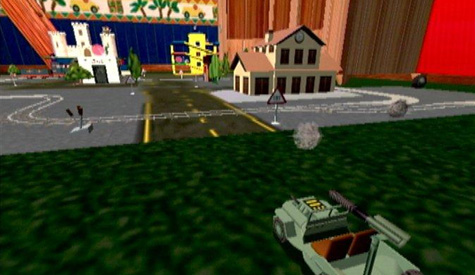 Scott Morrison: Few games this generation take full advantage of HD televisions with their gray, brown, and dark green colors. The HD re-releases are taking more advantage of this amazing display by incorporating what used to be popular: bright colors. No colorful game would do better with a re-release than the Dreamcast’s classic: Toy Commander. Toy Commander was an action adventure game where players controlled a bevy of toys to win a war against an insane teddy bear. You had a range of vehicles from tanks and planes to cars and helicopters. The mission objectives varied through out the game, of which there were plenty, making this game a very lengthy endeavor. Levels ranged from kitchens, and bedrooms, to living rooms and even the attic. Each level was so vast and detailed that it was hard to not get sucked in to the world of Toy Commander. Bringing this game to the HD world is a no-brainer as the colors and style would jump off the screen. Toy Commander would very much benefit from a graphical update and dare I say… co-op mode? This was a game that was just as enjoyable switching off with friends as it is a single player experience. Don’t even get my started on the multiplayer. Four-player split screen in Toy Commander is a welcomed yelling festival for any couch. This is where a remake would definitely shine though – online multiplayer. It’s a baffling shame that this game did not attempt online multiplayer with the Dreamcast initially, which is why I want the possibility even more now. With its colorful environments and logical playability for online multiplayer, Toy Commander needs an HD re-release. 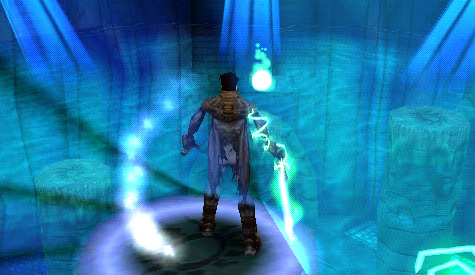 Michael Westgarth: There are several reasons as to why a publisher would release a HD upgrade of a game; simple monetary gain, fan service, hype for another new game. Legacy of Kain: Soul Reaver, however, simply needs to be remembered as the masterpiece it is.

In a previous feature I described how the game’s visuals, storyline, soundtrack and gameplay were weaved together to make it a timeless classic. But what benefits, aside from the obvious, could Soul Reaver gain from a HD remake?

The original version of Soul Reaver gained high critical acclaim across the board and the announcement of a remake is likely to be met with great enthusiasm from both game journalists and fans, with hype being generated with ease. Being a subsidiary of Square-Enix, Crystal Dynamics, the development team behind the original, would have access the resources necessary to fully promote a remake.

The Dreamcast version’s enhanced graphics should definitely be used as a starting point for an overhaul and the criticism for this particular version’s lack of additional features over the previously released Playstation/PC version can be rectified.

Fans of the series will be aware that bosses, areas and power ups were stripped from the game nearer the end of its development. Not only could these be added, but the world of Nosgoth can be expanded even further. An overworld map and a fully rotatable camera would also be welcome additions.

The whole concept of a remake could be stretched even further, opening the game up for a potential spin off. For those familiar with the series, the absence of the boss character Turel from Soul Reaver was a plot hole not filled in until Legacy of Kain: Defiance. Having the games main character Razial defeat Turel in Soul Reaver would alter the series already convoluted time line, creating parallel universe that could be exploited for sequels.

There are countless other reasons why Legacy of Kain: Soul Reaver deserves a HD remake, and my words simply cannot do it justice. Play the game and I think you’ll agree. 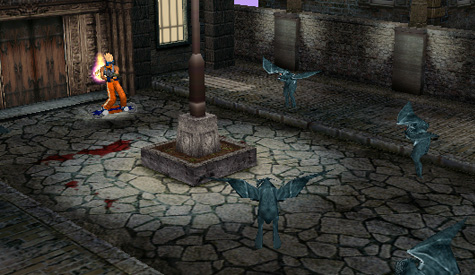 Mike Kyzivat: I remember seeing the cover of this game at Gamestop’s everywhere and it looked like a cool game. It’s a shooter in the vein of smash TV or MERCS but with various Capcom characters; sort of like the Vs. series as a shooter. You have both Cammy and Charlie from Street Fighter, Arthur from Ghost N’ Goblins, B. B. Hood from Darkstalkers and Megaman. You’re probably wondering: “But Mike this game seems right up your alley. Why did you not get it when it was in stores?” And I would say: “Hey, get off my computer this is my write up”. Actually I would say that I did want the game but I was strapped for cash then, so I was waiting for it to drop to 20 bucks before I got it. Which is something I did a lot back then. The problem is that this game was made at the end of the Dreamcast’s life cycle so I think that they didn’t make very many copies and they sold out before there was a chance for a price drop. Thus, I was denied access to that which is Cannon Spike and that is why I am writing this request today. Because I think an HD remake of Cannon Spike would be great. It would automatically have the attention of any Darkstalkers, Street Fighter, Ghost N’ Goblins, or Megaman fan because of the character roster and who doesn’t like blowing up bad guys? Nobody, that’s who. Well, except for maybe the bad guys. Now, I’ve heard that this game is an arcade game and is very short, so maybe a straight HD remake wouldn’t be enough (unless it was really cheap) but it they are going to charge 15 like they do for most remakes, then I think it would need a little something extra. For example, they could add more characters. Wouldn’t it be fun to run around as Asura? You’d actually get to control him because lord knows you don’t really control him in his own game. Or they could add more stages to the game with more nods to other Capcom games like fighting Abyss from Marvel vs Capcom 2. I think the best thing they could do is create a survival mode, like Horde mode in Gears, where you try to survive wave after wave of enemies and bosses. They could even create a leaderboard for it to give it some replay value. I think Cannon Spike would make a great HD remake provided it is either very cheap (for a bare bones remake) or has some added levels, characters or modes if it is going to be more expensive. I think the latter would be the better route to go, as adding a survival mode would greatly add to the replay value. 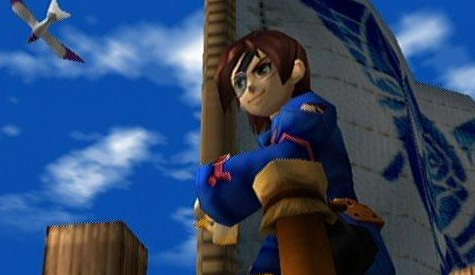 Josh Newey: There’s a good reason Skies of Arcadia shows up on so many “most wanted” lists on Sega fan sites. The game, while generally considered to be the pinnacle of the Dreamcast’s scant RPG library and perhaps even the best game on the console, is still out of reach for the vast majority of gamers. I, like many other shallow-pocketed Sega fans, still have yet to touch this supposedly expansive yet prohibitively expensive game. Granted, upresing any game of this size is a much more formidable task than tinkering around with something like say, Crazy Taxi, but the game’s vividly colorful visuals and unique sky pirate love story plot line deserve to be revisited. Now that Vyse is in Sonic and Sega All-Stars Racing Transformed, it’s time to reacquaint gamers young and old to his origins. 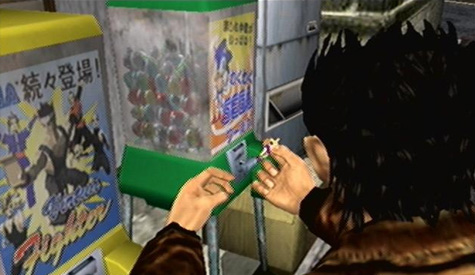 Josh Newey: We could argue for hours about whether or not Sega will ever bring us Shenmue 3, but in lieu of that fruitless dream, Shenmue 1 and 2 HD needs to happen. I understand Sega’s hesitation to give us anything that could be misconstrued as a tease for the oft-requested sequel, but sooner or later they are going to have to come to terms with the fact that this franchise is easily one of the most defining stories in the company’s history. While I will certainly admit that the gameplay has since been refined and expanded in many ways, Shenmue still offers a certain realism and patient, calculating pace that modern games are all too ready to abandon. The visuals obviously pale in comparison today’s big budget open world epics, but this game’s humbly welcoming environments and distinct, detailed character models still possess a reserved intricacy that could really flourish in high definition. With recent story-driven flops like Binary Domain and Vanquish failing to wrangle a much-deserved audience, it’s time that Sega once again reminded us of the sweeping tales the company is really capable of. Despite Sega’s new focus on digital releases, I implore them to combine both Shenmue chapters into one physical release, as such an ambitious title deserves to be treated not as a fleeting experience, but as its own tome. 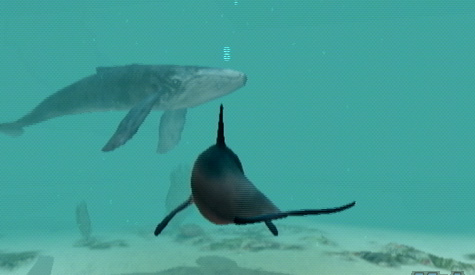 Ecco the Dolphin: Defender of the Future

Josh Newey: Of all the dead Sega franchises, Ecco may be the only one that has never seen spiritual successor that even came close to replicating its serene yet surreal underwater roots. While the first two Genesis games are generally considered to be beginning and end to the time-travelling dolphin’s journeys, the lovely and peacefully engaging Dreamcast reboot received far too little attention, and now seems destined to forever drift into the foggy waters of obscurity. It’s a real tragedy, as the swimming mechanics are still genuinely enthralling and relaxing, the mystical atmosphere still unmatched, and the off-kilter story of dolphins, time-traveling and space aliens still completely unique. Issues of draw distance will certainly stick out in a game so heavily reliant on the foggy depths of the ocean, but that doesn’t mean that the detailed flora and fauna and arresting sunsets won’t greatly benefit from a fresh coat of HD paint. The original creator and composer of the original Genesis games has been talking with Sega about finally rejuvenating the series for modern audiences, so now is the perfect time to remind gamers of what this little dolphin can do. 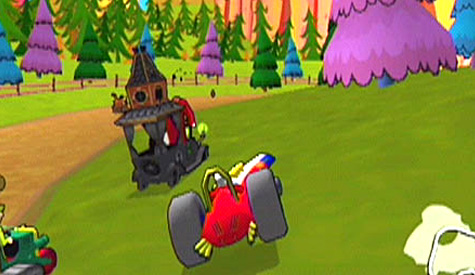 Alex Riggen: Wacky Races was released at a time when kart racers were starting to become quite stale. The success of Mario Kart on the SNES spawned tons of half-assed me-too variants from other publishers using whatever “major” license they could get their hands on. In all respects, Wacky Races from afar would appear to be another forgettable entry in the kart racing genre but upon closer inspection it’s apparent the developers really cared about what they were creating. First off, the cel-shaded graphics works perfectly for adapting the Hanna Barbara license to a 3D game and like Jet Set Radio should age very well in an HD translation. Not only that but the cartoon-like animation throughout the game adds a ton of charm. The way the cars squish and bend is unlike any racer I’d played at the time and adds a lot of endearing wackiness to the game. The HD re-release could also improve some of the problems with the Dreamcast version as there was some framerate issues and the camera could use a little fine-tuning for some of the more cramped tracks. Overall, I’d love to see the game get another shot as it’s definitely an overlooked gem on the Dreamcast that many people missed out on. 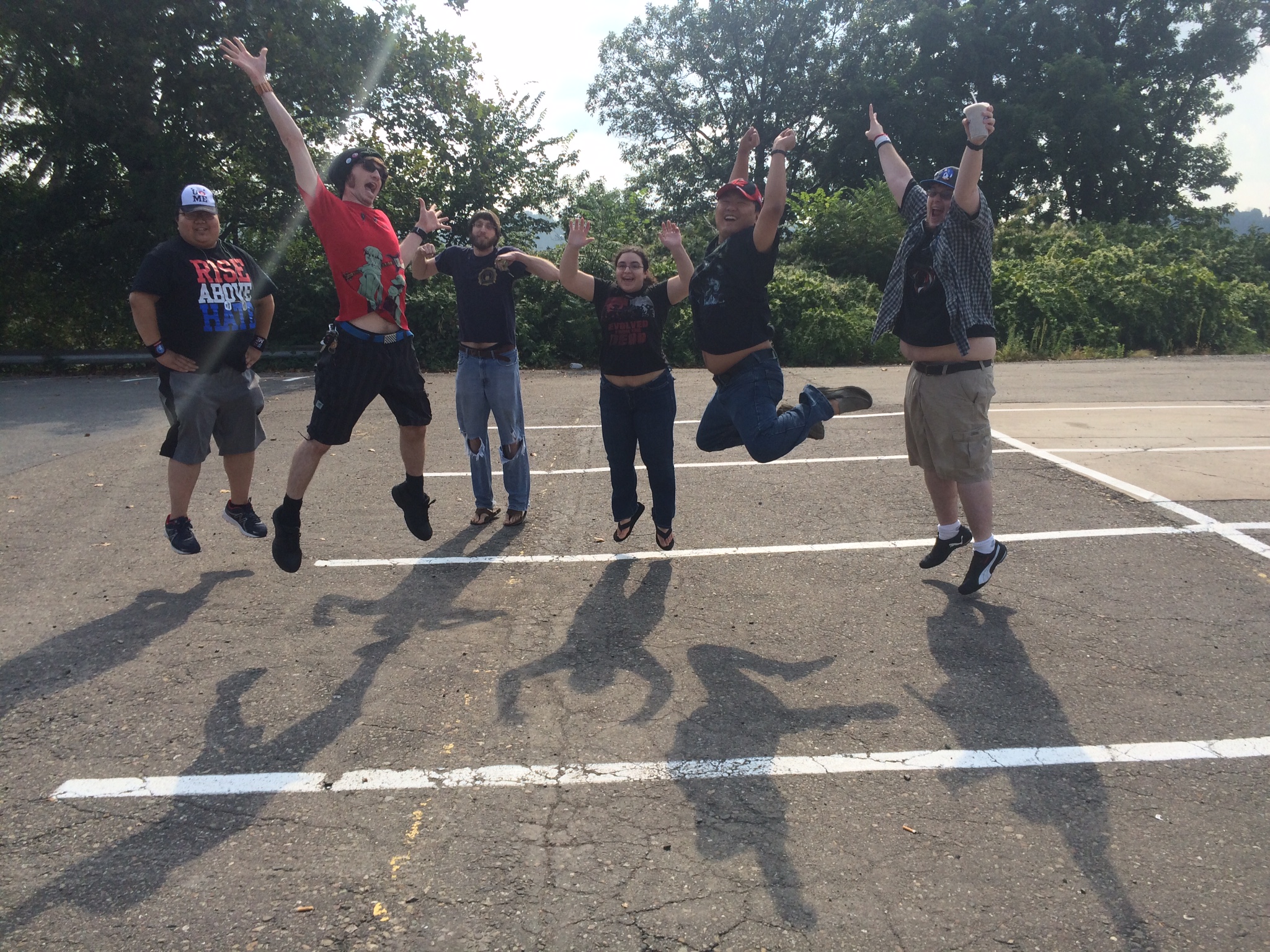