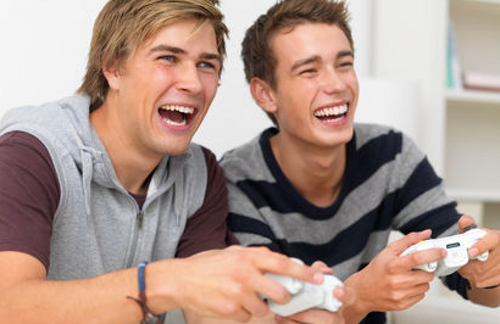 Like the coolest kid at the party What We’ve Been Playing is so fashionably late that everyone was already passed out! What a shame.

Basically GameCity7 came along and I ended up missing the date I would normally put this post up. I know it’s a crime and you’re all so upset (especially since it only just returned last week!) but will you guys forgive me if I put up paragraphs detailing what the Sega Addicts staff were playing last week? Like if I do this article right now? It’s worth a shot! Hit the jump!

Alex Riggen – Editor-in-Chief:
I haven’t played too much this week. I’m still working on Kid Icarus: Uprising on 3DS and the on-foot sections are definitely growing on me. They’re still not as enjoyable as the flight sections but the controls are starting to feel a little more natural. Unfortunately, the game is starting to wear thin overall for me as it’s quite a bit longer than I expected and the gameplay doesn’t change too much from level to level. There’s a ton of content in there with finding new equipment and upgrading it but it hasn’t drawn me in too much. For some people I could see this game being an addictive time sink but I just enjoy running through the levels and seeing the pretty impressive environments.

I’ve also started playing Bizarre Creation’s James Bond game, Blood Stone. While they’re more known for Geometry Wars and they’re racing games like Project Gotham, I’ve always had a soft spot for the Sega published, The Club, they developed. Since Blood Stone, is another third-person shooter and the last game they developed before going defunct I’ve always wanted to try it out. I’d have to say I’m enjoying it quite a bit and it’s got a little bit of Alpha Protocol in there as well. It’s far from perfect but the game has some great variety in mission structure and environments that it’s hard to put down. The stealth gameplay is a little on the easy side but in some ways that’s making it even more addicting to keep playing and see what’s next. It’s unfortunate the game was the end of Bizarre Creations as they were an incredibly talented developer in a variety of genres.

Michael Westgarth – News Editor:
I beat Oddworld: Abe’s Oddysee during the week. It was much shorter than I thought it would be, and not too difficult either, although I wasn’t saving out-of-the-way Mudokons. You’d be forgiven to thinking that beating one game would free me up to play more, but that hasn’t really happened.

I played one more level of No More Heroes last night. It was against the 7th ranked assassin, in the film studio. I hate enemies with guns in that game, especially when there’s more than one of them as it’s practically impossible to kill one without getting shot by another. The boss fight was a little weak as well considering I was essentially fighting a super hero.We both kept getting caught on bits of the environment. The more I play this game the more I come to the conclusion that while I love the style and the dialogue, the game play is too shallow for me to enjoy it.

Aside form that I’ve been trying to actually learn to play Dragon’s Fury on the Mega Drive. It’s a horror themed pinball game with lots of crazy bonus levels. It’s actually possible to complete the game by beating all six bonus levels and destroying Satan. I’ve been getting better, but there’s still a long way to go.

I played Lylat Wars (a.k.a. Star Fox 64) this morning while still in my pyjamas. That game is fun. It’s like an arcade machine and an N64 had a baby. You just like, fly around and blow up everything, killing hundreds of baddies, yet it’s all wrapped up in that classic kiddy-friendly Nintendo charm. I almost beat my 15 year old high score of 1222 with as core of 1206, which is still a very respectable score.

Josh Newey – Reviews Editor:
After months of avoiding it, I’ve once again caved in to the alluring (and expensive) call of Gamefly, just so I could finally play the sequel to one of my favorite guilty pleasures of this generation: Prototype. This week, I had the chance to sit down with Prototype 2 for a couple of hours, and so far it just feels so damn good to once again experience Prototype’s insane, sloppy, and horrifically violent charms. I’m one of the few who never really cared about the odd balancing and iffy physics–give me the chance to play as a ridiculously overpowered, mutating monster in an open world, and I’m more than satisfied. Prototype 2 seems content with delivering more of the same, and for the most part I’m OK with that. My only real gripe so far is that the first game’s laughable presentation, story and awful, photograph-based cut scenes have returned. I was convinced that they’d learn their lesson for the sequel, but nope, they’re back and incomprehensible as ever. Bummer.

I’ve also been finishing up Hell Yeah for review. I won’t comment on it here, but keep an eye out for the review later this week.

Finally, I fiddled around with a bunch of Steam games that I picked up from the last couple of Humble Indie Bundles, and was delighted to learn just how much my shoddy little netbook can handle. Especially exciting was the fact that Amnesia, a game I have been aching to play for years, actually works moderately well on my bare-bones setup. I also played a bunch more Meat Boy, and I’ve gotta say it’s still not that hard. I’m in Hell now, and I have no idea how much more I’ve got to go, but I’m only now starting to see some real teeth-gritting challenge. Not that I’m complaining; I just expected to be a lot more frustrated. Instead I’m getting one of the most satisfying platformers I’ve played in years.

Stevie Grant – Features Editor:
Well as you can tell, the reason why this is ‘What We Were Playing’ is because I was at GameCity7 for a couple of days. At the time of writing it’s still going on so unfortunately I can’t say much about the event as a whole. However I did experience and play some things there which I will detail in my follow up article from last years piece. However I will say that my highlight of the event was the ‘Capsule Capsule’. A sort of event/ride based around the Adam Atomic game Capsule which saw me dressed in a boiler suit, in a cramped confined corner in a worn out building playing through a creepy space exploration game while atmospheric elements played out in real life. It was unique and awesome and if you happen to be in Nottingham and reading this right now then go check it out!

Other then that I recently finished the excellent Hotline Miami for a review on the lovely Press Pause Radio. I won’t say much to spoil my review but it really is an interesting game at least thematically. You should definitely give it a go.

So yeah i’d hate to be a tease but look out for my GameCity7 article and my Hotline Miami review soon! I’m such a whore…

Flake – Site Writer:
NiGHTS into Dreams HD. The original NiGHTS is the reason I bought a Sega Saturn. Three of them, actually. Just in case they started breaking. I did not have a Saturn when the system was new; I was part of that silly Playstation crowd. I had no clue what this whole Saturn thingy was but every time I saw a review or article about NiGHTS in EGM or Tips and Tricks, I was fascinated. That stayed with me until I finally got a Saturn. Now it’s a game that I play three or four times a year.

I won’t say much about the HD re-release (expect the review soon) but I’ll confirm one thing: It’s worth the money. Who knows how history will treat these digital re-releases, whether they will become definitive versions of games we know and love or if they will fade if support for their service platform is discontinued. I am just glad to
that Sega, in its current not-very-having-of-money state, is showing the business sense to exploit digital venues to get their older IP’s to gamers again. It’s not all about Sonic.

Kris Knigge – Podcast Co-Host:
This week I mostly just played Code of Princess, which is a delightful little 3DS game that’s more than the sum of its parts. The combat is easily exploitable and doesn’t have a whole lot of depth beyond your standard brawler, but it’s fun to infinitely air-juggle your enemies across the screen while listening to some really catchy music. It’s helped along by a humorous Atlus localization, which makes the simple story much more interesting. It reminds me a lot of weird Saturn imports, and I mean that in the nicest way possible.

I also played a bit of Sony Smash Brothers (or Playstation All-Stars Battle Royale), since owning a Vita grants you beta access. I enjoy it more than I did back at E3 and PAX now that I have a slightly better handle on combat, but there’s something about it that just feels underwhelming. It’s not a bad game, it just doesn’t seem like it has the love put into it that stuff like Smash Bros does. Maybe I’d like it more if the beta had Dante or Raiden or some character I actually care about.

And that was What We Were Playing for this week! I’ll be back next Sunday for What We’ve Been Playing, which is a more current and relevant version of what you just read! In the meantime let us know what you have been playing (i’ve said those words a lot…) in the comments! You’ll be glad you did!

Trust is an important factor in Binary Domain