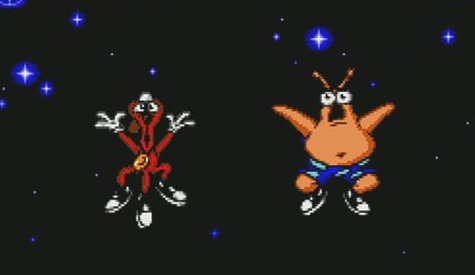 Did You Know Gaming, potentially the ultimate collectors of of weird and wonderful videogame trivia, have found that ToeJam and Earl’s names were programmed into the original game incorrectly and were in fact intended to be named ‘FlowJam and Whirl’.

The information was taken from an interview published in UK magazine RetroGamer. In it, ToeJam & Earl series designer Greg Johnson explained that programmer Mark Voorsanger misheard ‘FlowJam and Whirl’ over the phone as ‘ToeJam and Earl’. Greg only found out once the game had already been presented to Sega, who really liked them.

The more you know, huh?