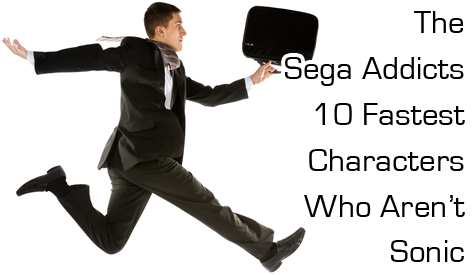 You, the reader, can now hit the jump to read more about characters who are fast. 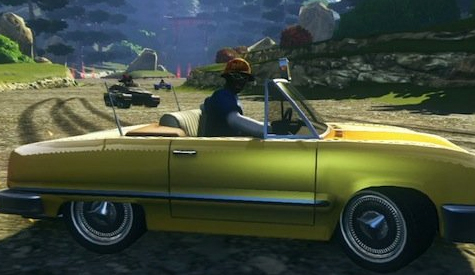 Scott Morrison: Why is B.D. Joe the fastest cabbie in the world? Because he smokes the competition, and simply because his stats say so. He had the worst handling, but the fastest speed overall in the Crazy Taxi games. Joe always has that confident smile on his face as well. You know he has a few tricks up his sleeve if he maintains that smile while flying over jumps, squeezing through traffic, and burning rubber all for the sake of the meter. When you see that smile and witness Joe’s driving, you too will gladly step out of the way and let him have the road that is clearly his. 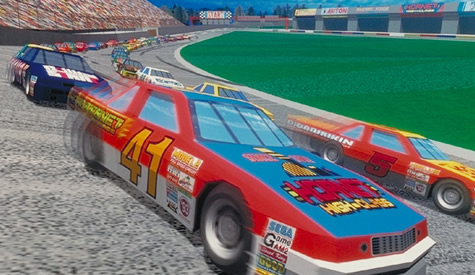 Alex Riggen: The Hornet from Sega’s racing series, Daytona USA, is one of the most iconic videogame specific racing vehicles in existence. Where most racing games are based on vehicles and brands that already exist in the real world, Sega created the fictional Team Hornet specifically for Daytona USA and due to the game’s popularity their iconic red and blue racer has become an iconic Sega character in its own right. It helps that the Daytona series is one of the best and fastest arcade racers on the market and with The Hornet leading the pack it makes perfect sense to include it in our list of fastest Sega characters. 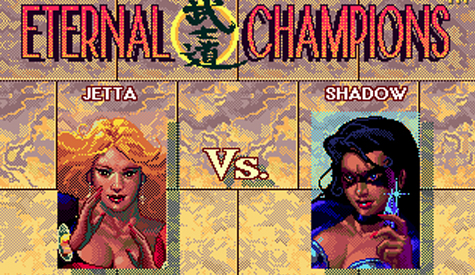 Mike Kyzivat: “Who?” you say. Yes, I know she is pretty obscure  but she’s a fast lady, almost too fast.  Jetta is from the Genesis and SEGA CD fighting game Eternal Champions.  Maybe you’ve heard me mention it once or twice on this site or on the podcast.  All sarcasm aside, Jetta is a circus acrobat trained in the fighting style of Savate and Pencak Silat.  She is a quick character on her own, but she also has psychic powers she can use in battle.  One of those powers is called Resonate, where she psychically speeds up the cells in her body causing her to move at extreme speeds.  The move in game is crazy, as you can still do all your other special moves while sped up (like rolling into a ball and bouncing around the screen) and you can hardly tell were she will go next.  In fact, she moves so fast that it becomes hard to control her as she jumps and attacks at the speed of near light.  So, the move can be a detriment if the player is not used to her speed.  She’d definitely give Sonic a run for his money. 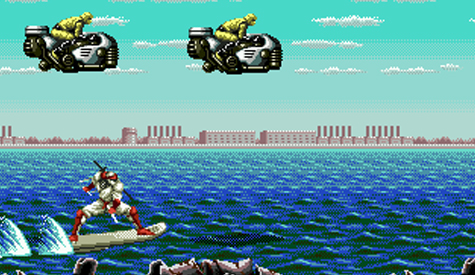 Mike Kyzivat: Joe Musashi was SEGA’s flag ship ninja back in the arcade and Genesis days.  Back before Ninja Gaiden became popular, Joe was the go-to ninja for getting things done. Now I know that Joe may not be able to run as fast as Sonic, but there are different kinds of fast.  There is appear-out-of-nowhere-and-slice-your-face-off fast.  Or there’s catch-Shuriken-on-your-pinky-finger fast.  That’s the kind of fast Joe is.  He’ll kill ya five times before you hit the ground.  Plus, he also rides on fast things, like a horse or surf board in Shinobi III.  And he’ll be making a comeback at the end of November by appearing in the new Sonic & All-Stars Racing: Transformed riding a kind of quad ATV.  It’s about time we got our ninja back. 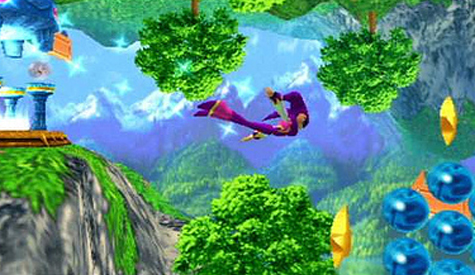 Flake: There’s two ways to play NiGHTS. There’s the timid way. You know, where you make perfect little paraloops, collect all the games, beat all the Nightmaren, and make it through all four courses without murdering any Nightopians. Then there’s the way I prefer. NiGHTS becomes a frantic blur of purple, the boost meter is always bordering on empty, and my loops are so wild and fast that the road to dream land is paved with Nightopian corpses.

In all seriousness, NiGHTS can move faster than Sonic ever did once you get the courses down. Next time you play, try to do one more lap on any given course before you move on to the next one and watch how your technique changes. That’s what NiGHTS is all about, friends. 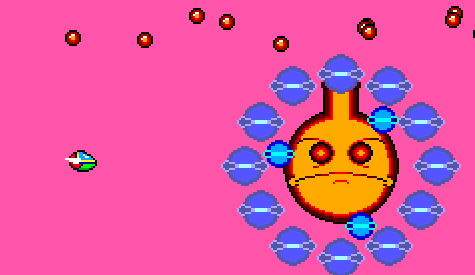 Flake: Opa Opa is more than the last character you unlocked in Sonic and Sega All Stars Racing. There was a time when he was on par with Alex Kidd for representing Sega, all because of Fantasy Zone – one of the most brutal, soul crushingly hard shooters the 1980’s had to offer. It was essentially one of the very first bullet hell games and that meant that Opa Opa had to move FAST. Unless you can maneuver the little guy through a maze of constantly shifting bullets and enemies, going to die before you even have a clue what happened.

Not fast enough? Power up: Strap a rocket engine upgrade onto Opa Opa and you’ll find even faster ways to explode yourself. 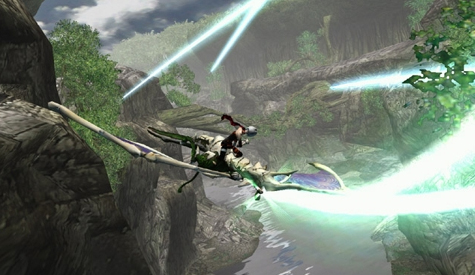 Scott Morrison: It’s hard for an animal to be one of the fastest things in the world when you are competing with airships, and ancient magic, but somehow Orta does all that while riding her dragon. Really though, a dragon that can outfly and out-menuever airships equipped for waging war on entire cities? I wouldn’t want to argue with anyone sitting on top of a living creature who can summon magical powers with the blink of an eye. If you chose to go the route of the Glide Wing class for Orta’s dragon, you always get the first shot and can quickly fly to the best area to pose your next attack. Speed is the essence of battle in some cases since you may want to, “hit ’em hard, hit ’em fast.” That’s what all the generals say, right? Really though, would you want to mess someone on the back of an animal who can shoot lasers, summon magical powers, and take down entire armadas? 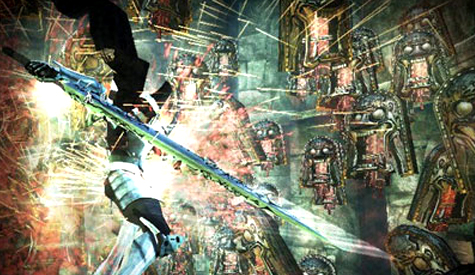 Josh Newey: True to Otogi’s sadly underplayed and underappreciated status, main character Raikoh Minamoto doesn’t immediately come to mind when discussing speedy Sega characters. When it comes to nimble, shadow-like warriors, Joe Musashi and the rest of the Shinobi ninjas get most of the credit, but play Otogi for a few hours and you will discover a warrior of impeccable, hair-trigger reactions and some of the speediest sword play you will ever see. In addition to his elegant, sky-traversing blade work, Raikoh’s dash attack transcends the average boost and literally propels him across entire rooms, giving him the upper hand against even the most nimble of foes. In this age of adventures like Bayonetta and Devil May Cry, it’s impressive that an aged game like Otogi still feels as exciting and fresh as it ever did. A lot of that is owed to Raikoh’s elegant and speedy design. 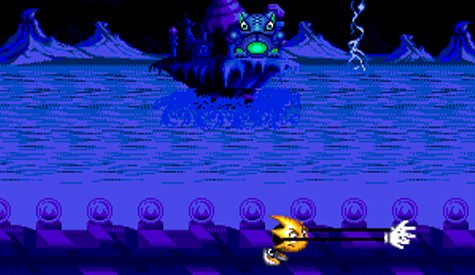 Tom Kyzivat: I would like to read you my poem entitled “Star Man”.

You know what’s fast? A star, man. A star that swings on bars, traveling far. A star with eyes, who can realize our lives are lies, man. A hedgehog? Fast. A star? A blast. A blast for your mind, now in a bind, slapped on your behind by a star. A real star, man. The game is fast, but can you last, pursued by the past? Bonus levels swing. They’ll make you sing and seek some thing that’s real. Real fast. Fast like a star, man. A game so named for the star that’s insane, but the poem is lame and will leave a stain on your mind, man. Bosses are crass, but the star’s too fast. Too fast for them to cast their spells. Spell star. S. T. A. R. A star, man. A Star Man. Ristar. 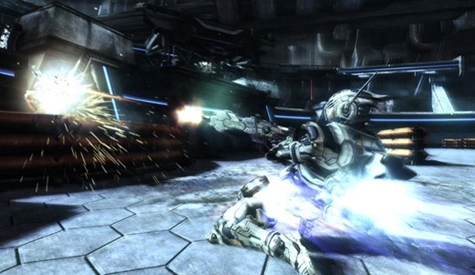 Josh Newey: Every time I play Vanquish, I always end each and every play session feeling simultaneously frazzled by the unrelenting hail of bullets, and exhilarated by Sam Gideon’s absurdly empowering abilities. Sure, he trots along at your average human pace, but when he drops down into that trademark slide, his catapults forward at an insane speed, barreling so quickly through barren battlefields that the entire world around him appears to stop completely. Whereas most cover-based shooters force you to pop off enemies from a distance as you slowly progress from bunker to bunker, Vanquish actually lets you slide across the room and up behind enemy cover, kick an enemy into the air, blast him to bits before you land on the ground, and return to cover…all within the span of about 8 seconds. Sam’s unique and admittedly strange slide attack is so damn fast that he could easily hold is own in Transformed, and much like Sonic or his friends, he wouldn’t even need a car.

Genesis titles can now be played from your keychain