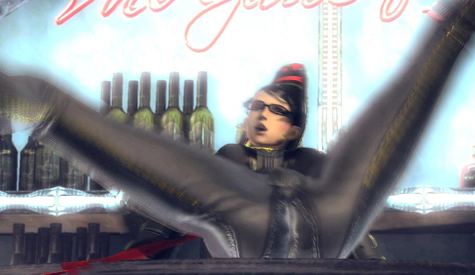 I wish I was talking about some new, previously unreported pre-order DLC, but I’m not. The Anarchy Reigns Day One Edition, which includes DLC for two new multiplayer modes named ‘Mad Survival’ and Dogfight’, as well as our all-time favourite witch, Bayonetta, as a playable character will be available in the US, but only via pre-order from GameStop.

Whether or not this affects the European countries in which GameStop operates is unknown, but considering the ease of inter-EU country importing, it’s unlikely.

I suppose Anarchy Reign‘s reduced retail price wasn’t enough for Sega. I find it a pity that they feel it necessary to whore out what is potentially the best IP they’ve come into contact with for a long, long time. But that’s just my opinion. What’s yours? Check out the full press release after then jump, then let me know in the comments section below.

SAN FRANCISCO—November 20, 2012 —SEGA® of America, Inc. today announced details for the GameStop exclusive DLC for the highly anticipated Anarchy Reigns™ game, launching January 8, 2013. For those gamers eager to cause as much anarchy as possible, pre-ordering the game at GameStop will net them two extra multiplayer game modes, Mad Survival and Dogfight, and an extra playable character: none other than the world’s most famous witch, Bayonetta™!

In Mad Survival mode, a team of 3 players duke it out against waves of enemies, much as in the normal survival mode. However, these enemies now take the form of the other playable characters in Anarchy Reigns, leading to a far tougher series of battles that require serious tactical thinking to outsmart your foes. In traditional PlatinumGames style, Dogfight mode sees players hanging from helicopters -pelting each other with bullets until their opponents fall out of the sky. As well as being a surreal new spin on this multiplayer brawler, this aerial-based game mode is an entertaining change of pace from land-based  combat,  offering gamers a new way to explore the locations found in-game.

The iconic star of her own self-titled adventure, Bayonetta is a formidable force on the battlefield. Players who unlock Bayonetta will be able to wield her four guns, collectively known as Scarborough Fair, and use her patented ‘Wicked Weave’ attacks to deal even more damage to any poor soul that falls in her sights.

To pre-order Anarchy Reigns from GameStop with the exclusive pre-order bonus, please visit your local GameStop store or visit http://www.gamestop.com/browse?nav=16k-anarchy+regins

Rumoured Dreamcast Blackbelt looks instead to be a Sega Pluto