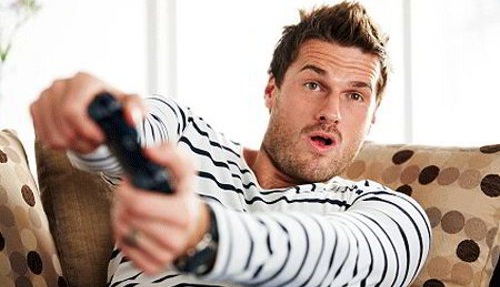 Hey guys it’s Games of the Week… late again but who cares?!

Hit the jump to read about what the guys from this site have been playing! See you then!

Alex Riggen – Editor-in-Chief:
I’ve recently started playing Fable 3 on my 360. So far I’m loving it and while I spent a lot of my time in Fable 2 messing around with the buying property and making money (like Flake, see below) this time I’ve been sticking mostly to doing quests of both the main and side variety. It’s been incredibly fun and the dialogue and quest design has been more creative and funny than any other RPG I can remember. A highlight so far was being shrunk down and “adventuring” through a team of dungeon masters mock-D&D campaign.

In addition to Fable 3, I’ve been playing a TON of Sonic & Sega All-Stars Racing: Transformed. I’ve only got a few characters left to unlock and I feel confident in saying this is the best kart racer I’ve ever played. A few months ago I tried Mario Kart 7 on the 3DS and got bored of the game extremely fast and sold it after about a week later. This game grabbed me right from the start and I’m looking forward to finishing everything and then sitting down with some friends for many local multiplayer matches. I can’t even think of anything to complain about as for the most part I find everything to be better than the already excellent previous game. Sure, there’s a few characters missing that I’d like to see but they may arise as DLC in the future.

Michael Westgarth – News Editor:
While I’ve still yet to spot the mythical flash of Busey-teeth, Crysis 2 has started to get interesting now that humans have been taken out of the picture, or at least for the time being. It came just in time too as I was starting to bored of twisting the necks of fine, upstanding white American men. Those stupid aliens don’t even see me coming when I’m all invisible. I’m finally like the Predator I always wanted to be, except a man. And instead of jumping around in the trees I’m crawling around on the floor like a tramp. I’m one trampy mother-fudger.

I also played another few hours of Donkey Kong 64. Still ain’t feeling it. It seems to have already boiled down to inane collectormania gameplay and the fact that any one item can only be picked up by one of five characters is infuriating. Purple bananas? Really Rare? We’ll see what happens with this one as time goes on.

Lastly, I’ve gone back to play a PC exclusive platformer of the 90’s called Jazz Jackrabbit 2 that my friends and I played quite a lot. It’s a nice, fast, action packed game that has aged relatively well, but the clear ‘inspirations’ from games like Sonic and Earthworm Jim now stand out rather awkwardly. Does anyone out there remember Jazz Jackrabbit?

Stevie Grant – Features Editor:
Recently I played Giana Sisters: Twisted Dreams. Is it weird that this evolution of a Mario rip-off is 10x more fresh than anything Mario has done recently? Yeah, but it still doesn’t stop it being a beautiful game which really deserves to be played by any sort of platforming fans. It’s just great.

Other than that nothing else. Busy, busy, busy!

Flake – Site Writer:
Years after swearing off Microsoft and their entire Xbox line, I went and bought myself a 360. Maybe it was the price, maybe it was the slick redesign. Probably it was the case of beer and Amazon’s scarily effective suggestion system. At any rate, here I am.

My first game is Fable 2. Old by Xbox standards, I am having a blast all the same. The citizens of Albion, not so much. As an adventuring slum lord, I risk all to buy the next house, acquire the next business, and raise rates for all goodsand services sky high. Word is this game also has a storyline.

Kris Knigge – Podcast Co-Host:
This week I played some Hitman Absolution, which I started out liking, but my distaste for it increased the more I played. Now I’m stuck, annoyed, and not sure I have the patience to keep playing. The costume system annoys the hell out of me, and the missions where you’re just supposed to get to a certain point on the map aren’t nearly as fun as the ones where you have an actual target to deal with. I kind of like the score system, except for the fact that it docks me points for every non-target I kill unless I kill them very carefully, so being lethal in the slightest ends up making me feel really bad.

I also played the DmC demo, which is… good. It has a number of issues with the way that the style system works and certain weapons really need to be tweaked in terms of damage output and style gain (it’s also wayyyyy too easy), but I find stringing together combos to be quite a bit of fun now that I’m used to the lack of lock-on. I haven’t played the boss much, but I’ve probably played too much of the other part of the demo. I’m hoping for tweaks between the demo and the final game, but it still seems like it’ll be Ninja Theory’s best game combat-wise by a considerable margin. Probably not up to DMC3 standards, but not much is.

I also played a small amount of Sonic All-Stars Racing Transformed, which is indeed a kart racer. While not my genre of choice, it’s pretty awesome so far, I love the After Burner track.

And that’s it for this week. Sorry it was late and a bit bare-bones on my end. Maybe I should stop being a skeleton!!!! (The joke was bones).

That was bad. I keep doing bad jokes. Oh the humanity. Anyways let me know what you’ve been playing in the comments!

Insert Coin has new Sega based clothing in the works

House of the Dead Overkill: The Lost Reels, Puzzle Pirates and Godsrule all coming to Android

Shining Blade gets a pair of commercials