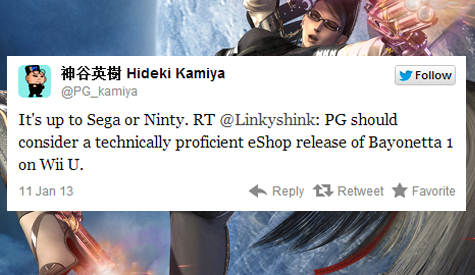 On Twitter, Hideki Kamiya of Platinum Games did respond to a fan’s questions regarding this dilemma although it doesn’t give much information. He states that the release on the WiiU would be entirely up to Nintendo (or Ninty) and Sega as they hold the rights to what is done with the license and its games.

What do you think? Does it seem like a good decision to release the original on Bayonetta’s new home? Should the game be released as-is or should Platinum add anything to make use of the new platform?