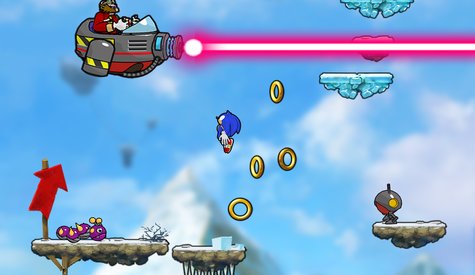 Following UK-based Hardlight’s mishap in revealing they had been working on a title called Sonic Dash in their LinkedIn joblistings, Sega has confirmed the title is in development. The studio is known for their previous mobile title, Sonic Jump, though this game looks to make use of when Sonic is most comfortable: when he’s running.

It is rumoured that the game will be an endless runner capitalising on the growing success of titles like Temple Run. Although the studio was slow to release Sonic Jump on Android, the team has a lot of talent behind it and this could be as strong as any other endless runner game on the market.

Do you think Sega is wrong to jump on the bandwagon or is this a perfect opportunity for Sonic?

Want Shinobi for cheap? You’re in luck then!

Get Powerstone, Darkstalkers and Iron Man for the PSP for cheap