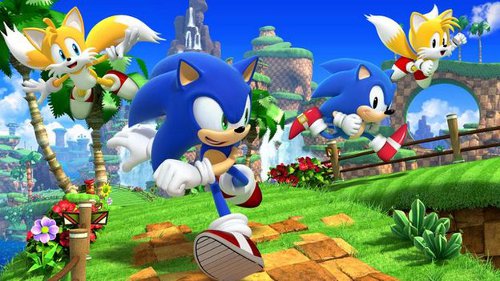 Sonic Generations is set to enjoy ‘classic’ status as our 2011 Game of the Year was recently announced to be joining Microsoft’s ‘Xbox 360 Classics’ range this month in the UK. This title will be recognised with slightly different box art and a cheaper price. Although seeing as it’s ludicrously cheap already I can hardly imagine such a thing. Along with this status Sonic Generations also enjoys the company of such other gaming masterpieces like Perfect Dark Zero and Fifa 2008. Complete your collection today!

Now if you’re reading this site and you still haven’t got this game then I honestly don’t know what to do with you. It’s the best Sonic game in years, it’s great fun, and it’s now officially been recognised as such by a huge faceless conglomerate. And if you want more than that, I honestly can’t help you.

Hostel… Er, I mean Rise of Nightmares has an E3 Teaser