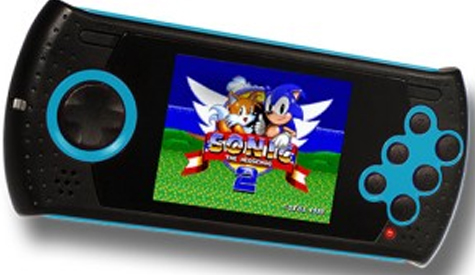 FunStock, online retailer for products like the recent NeoGeo X Gold and other Sega handhelds, have announced that they will be presenting a the new Megadrive Arcade Ultimate Portable at the upcoming Gadget Show Live convention.

The new handheld boasts a bigger screen at 2.8″, 6 buttons, an SD cards slot, a rechargeable battery and an AV cable to play the system on your TV. Overall, it sounds like a nice system to have if you’re looking to play some Genesis games on the go and it will retail for about $75.

Anyone interested in picking this up? Have you played any other third-party Genesis systems?

People went to Jail for playing Sonic and Knuckles. It was the 90's.