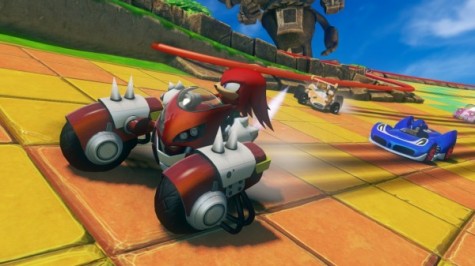 It’s a day to celebrate for all those Mac users out there begging to get some Sega up on their big, flashy screens as Sonic & Sega All-Stars Racing is available now for Macintosh via the Mac App Store as a digital download.

I suppose it’s better late than never for the super-fun kart racer, which was originally released back in 2010. Aside from being able to save to “the cloud” with the new iCloud support, the Mac version of Sonic & Sega All-Stars Racing is exactly the same as every other version. Maybe if we all cross our fingers really tight, Sega may just release Sonic Generations for Mac as well. If anything it’d be a nice break from Colin McRae Rally.