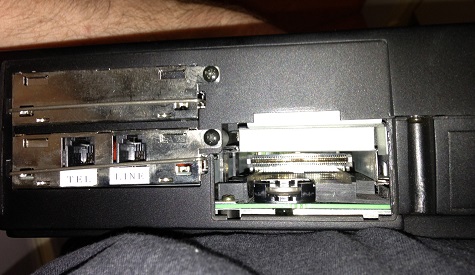 Former Sega employee and owner of the rare prototype Sega Pluto console, Super Magnetic, has examined the back ports of his rare machine in order to find out more about it.

He’s noted that the Sega Pluto has 461 blocks of internal memory and also has a cart slot on the back, which is probably for Sega Saturn save and RAM cartridges.

Super Magnetic currently resides in Japan, but has stated that he is an American and used to work for Sega of America during the Dreamcast launch. As far as he’s aware the Sega Pluto was being developed in the US and no other regional models were created.

Finally, Super Magnetic has said that while he’s not actively looking to sell his rare piece of gaming history, he will let it go if the price is right. Unfortunately, you’re unlikely to get it for the mere $1 the other Sega Pluto owner got it for.

Stay with us as we deliver all the Sega Pluto news available. Also be sure to follow us on Twitter @SegaAddicts and download our iOS app to get instant Sega Pluto updates. Check out the full photo after the jump!