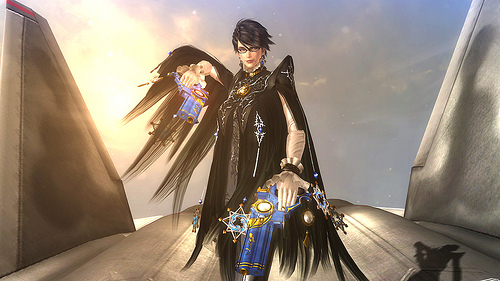 That may or may not be a Bayonetta phrase you are all too familiar with. Well, you’re going to have the opportunity to be even more familiar with it in Bayonetta 2 on the Wii U. The game will feature a special control scheme using the stylus on the touch screen of the Wii U GamePad. According to Nintendo, the game is designed for newcomers, and reminds me a bit of the “one-handed mode,” from the first Bayonetta. The controls will be as follows:

Move – tap to where you want to go

Witch time – do an evade swipe right before an enemy attacks

Umbra Climax – a command shows up on screen to tap

So there you have it. The Umbra Climax is a new attack brought to the game which allows Bayonetta to summon different monsters from the game. I like to think of it as a more brutal version of Pokemon battles.

How do you feel about this simplified control style? I honestly think it would be confusing to someone familiar with a controller layout, but only time will tell.

Platinum Games: "Bayonetta 2 would not exist without Nintendo"