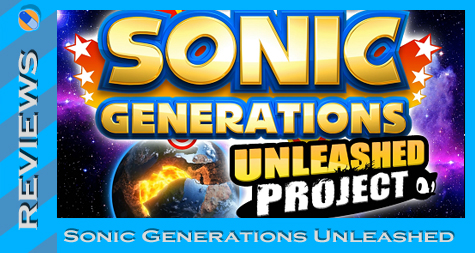 The Sonic Generations: Unleashed Project mod is one of a handful of Sonic fan game success stories. It managed to break free of the cycle that has destroyed so many promising fan projects before it: conception, hype, delayed development and eventual cancellation.

Unleashed Project got its fair share of attention from major videogame news outlets when it was released back in March and has been held in high regard by the Sonic community ever since. But now that the hubbub has died down, is the ambitious Unleashed Project mod really worth playing? Hit jump to find out!

Unleashed Project started out as an experiment by Sonic Retro forum members Dario FF, Twilightzoney and Chimera to import the main Sonic Unleashed daytime levels into Sonic Generations. Several challenges presented themselves during the mod’s development, including differences in the way the two games handled dynamic lighting and collision detection, resulting in the project taking well over a year to complete. But thanks to their ongoing efforts, the three modders eventually released ver 1.0 of Unleashed Project for Sonic Generations owners to download and install. 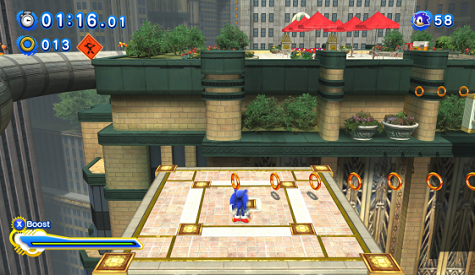 Unleashed Project‘s installation was an intimidating task at first – most likely due to this writer’s dependence on Steam simplicity – but the process was relatively pain free: download files, dump files in the Sonic Generations PC directory, install a patch and voila. The patching program even creates a separate .exe for the mod, meaning that saves and user data for Sonic Generations and Unleashed Project never cross-contaminate, essentially creating two individual games (think: stand alone DLC). While it doesn’t impact on the enjoyment of the mod per se, the team should still be commended for streamlining the installation process. Remember kids, installing mods back in the day used to be tricky business.

The modders’ dedication to this project is evident almost immediately after the first “Tutorial” level loads. Each of Sonic Unleashed’s main stages were extracted by the trio of modders from the Xbox 360 version before being reworked, polished and imported into the PC version of Sonic Generations. Grass and flowers sway in the wind, covered by calm shadows stretching away from a setting sun – this is the initial Apotos Windmill Island stage as it is found in the Sonic Unleashed, only now it’s on the PC and, thanks to retextures by modder lobotomy, it looks better than ever.

This being said, Sonic Unleashed’s daytime stages were already quite pretty to start with, but they weren’t all that easy to navigate through – no thanks to loose, slippery controls and broken gameplay mechanics. But in Unleashed Project, levels that originally showed promise, but were needlessly frustrating, are now functional and enjoyable. That’s right, gone are the awkward quick time events, gone are the deathly rail jumps, and gone is the strange button layout.

One prime example is Empire City, a level that I had great difficulty beating in its original form due to Sonic Unleashed’s poorly implemented “drifting” and finicky rail grinding sections. In Unleashed Project however, those issues have been completely eradicated, allowing me to beat the level without dying and appreciate the level on a whole new… level. 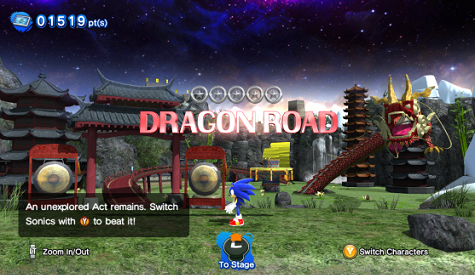 There’s a natural, albeit irrational, concern that the modding team’s removal of these infamous sources of cheap deaths also removes the only thing that made Sonic Unleashed’s daytime stages challenging in the first place. However, this should not be seen as a removal of features, but instead a “rebalancing” that shifts the focus of Sonic Unleashed’s challenge from memorisation to speed and momentum. Just like Sonic Generations, Unleashed Project awards a grade for each level based on the time of completion and rings collected, as opposed to an arbitrary score. But unlike Sonic Generations, the thresholds for each grade are exceptionally high, requiring players to know each level’s quickest and safest routes if they wish to obtain that coveted S-rank.

For the more exploratory Sonic players, the quest for each level’s five red rings will most definitely tickle their fancy. Each red ring is proudly displayed above each level’s entrance in the modding teams’ newly created, Sonic Generations inspired hub world complete with “White World” renditions of each level’s theme courtesy of Sonic After the Sequel composer Falk.

The removal of Sonic Unleashed’s hub world, cut scenes and night time stages highlights just how little “Sonic the Hedgehog” gameplay content there was when the original game launched in 2008. As such, the average Sonic fan will be able to blast through the Unleashed Project‘s eight stages in no more than 45 minutes.

Despite the high grade and red ring hunting, Unleashed Project‘s replayability takes a hit from the poor design of the game’s latter stages. This isn’t to say anything of the mod itself, but stages like Cool Edge and Jungle Joyride were already too broken for the Unleashed Project team to save. 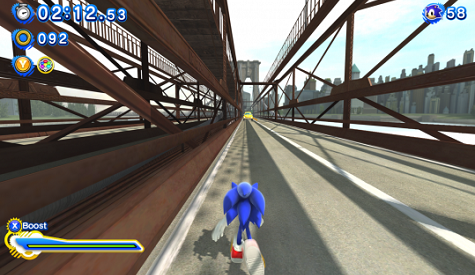 Considering the source material, Dario FF, Twilightzoney and Chimera have done a phenomenal job in offering one succinct package of Sonic-y goodness that gives Sonic Unleashed’s levels a chance to really shine. Unleashed Project does contain some glitches, which likely differ between users – getting stuck in menus and random crashes being my particular issues – which will hopefully be addressed in future updates.

It’s sincerely hoped that future updates and projects by the same team are on the way, as the the trio clearly display a level of technical skill and understanding of “Sonic the Hedgehog” that had alluded Sega themselves for many years before the release of Sonic Generations. Sega would do well to keep on eye on these fellows, they know their stuff.

If you do play through Unleashed Project, let us know how your opinion sized up to this review by leaving a comment in the section below.

London Olympics 2012 on sale on Steam TODAY ONLY!