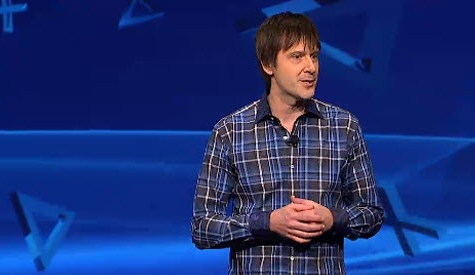 In the gaming industry today, it is well known that the big companies only care for profit, and  pump out unfinished and underwhelming titles. Heck, EA is even officially the worst Company in America, and are you surprised? Battlefield 3 is nothing but a buggy, money grabbing machine, and we all remember the massive failure the new addition to the Sim City series was on release *cough*. Everyone holds onto the good old days, where games were fun and interesting.

Playstation 4 lead engineer Mark Cerny, one of the guys behind Sonic The Hedgehog 2 and Kid Chameleon was recently interviewed by Game Informer. He provides some insight into what is was like working for Sega back in the day:

If you look at what we were doing at Sega, that was, in some sense, I hate to say it, shovelware. It was one programmer, one designer, three months, and you just shipped it

And the quality was low and they didn’t care. That is so far from what we call indie today, which is a labor of love and you never know when it will be done. It’ll be done when it’ll be done, when it achieves the creator’s vision.

Shining Blade gets a trailer, is really pretty