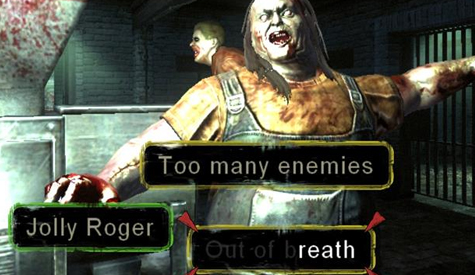 Sega has promised more content for recently announced and released Typing of the Dead: Overkill (like Two-Player co-op multiplayer), and now we finally have confirmation that co-op mode will be added to the game in the near future. And it will also have online support at some point after release.

These wonderful details were announced during Sega Nerds’ interview with Modern Dream’s Ollie Clarke. He also gave a brief explanation of how the online co-op will work:

It’s an interesting kind of multiplayer, which I have not quite seen seen anywhere else, in that you can either compete to get all the words, or you can say ‘You take the words on the right, and I’ll take the words on the left’ and you can organize and cooperate to get through the levels more easily…Or you can get competitive with each other at the same time and try to out-type each other, get the high score, get more combos and all the pick-ups before the other guy can.

And don’t forget about our Typing of the Dead: Overkill double contest. You still have some time left!

PSA: Use the Internet to get Virtua Fighter 5 Final Showdown