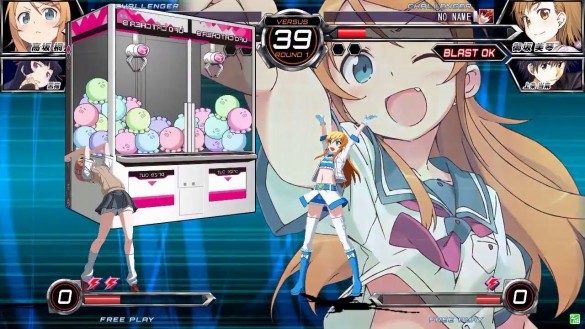 I’m super hype for pretty much all anime inspired games, but Dengeki Bunko FIGHTING CLIMAX is going to be a fighting game featuring some pretty amazing character choices from popular ASCII Media Works Dengeki Bunko series. Standouts include characters like Mikoto Misaka from A Certain Magical Index, Shizuo Heiwajima from Durarara!!, and Taiga Aisaka from Toradora!.

Even better news, we now have a release window of Fall 2014 for PS3 and Vita in Japan. So get those yen cards or play-asia accounts ready because everyone should import this one!