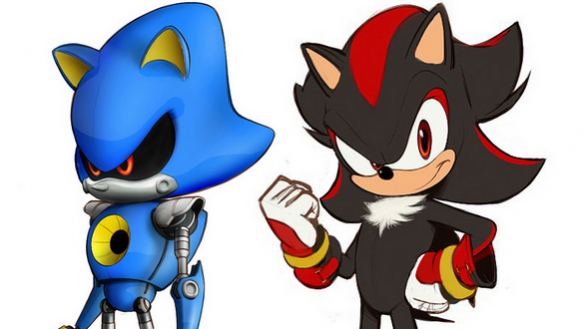 Sonic Boom has been the source of many mixed feelings as of late. Between the lukewarm (at best) reactions to the character redesigns (although I for one welcome our new buff echidna overlord), mild amusement over the cartoon, and fearing the worst after seeing (and hearing, dear god) the game in action, the general consensus is cautious optimism at best, and fearing another mid-decade hedgehog slump at the worst.

Until today. Today’s announcement from Sega confirmed that, despite the iffy looking gameplay, horrible stage music, overusage-bordering-on-Sonic-Heroes-levels-of-overkill of in-game dialogue, awful DeviantArt-ish villain and side-character design, and just general mehness radiating from the game, Sonic Boom will be Game of the Year, all because of one edgy motherfucker’s glorious return.

That’s right, the Ultimate Lifeform, the one who finds computer rooms better than anyone, the king of hedgehogs, THE PRINCE OF ALL SAIYANS, Shadow the Based God–I mean, Hedgehog, will be returning in Sonic Boom. While DAMN details are unavailable regarding his DAMN role in the game or cartoon yet, I am DAMN excited to see how this DAMN character makes this DAMN thing DAMN edgier. I mean, he’s already too DAMN edgy for the DAMN bandages (which he would no doubt call DAMNdages), so imagine what else the DAMN guy will pull off.

Also, some blue metal hedgehog thing that may have been in other games showed up too, but you guys can’t possibly care about that, can you? I mean, SHADOW.

There’s also a new DAMN trailer featuring infinitely better music than the DAMN levels have. Check it out here.