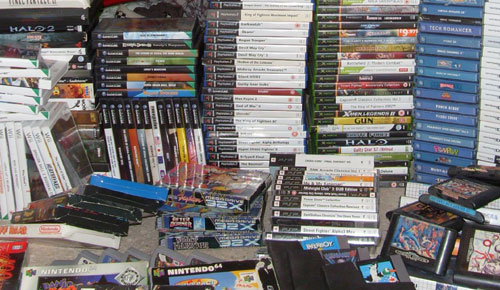 One man, Harry Nezumi — some say brave, others foolish — stands against his backlog. With but five months between now and a move some 9,000 kms from home, does he have what it takes to complete all the outstanding games in his collection? Follow his quest, his Sisyphean toil, here on Sega Addicts as he tackles one hundred and seven games over twenty weeks. The journey will not be easy, the day grows dark and the hour late. Yet there is hope. Click below to find out if this week will be the last week.

Those who have been closely following this little project will have noted the lack of progress in recent weeks. It has become increasingly clear that, with my move to Nagoya happening in six weeks, work and seeing my friends and family, there just aren’t enough hours in the day for games. Realistically speaking, there has never been enough hours in the day for games. Yet, with one short shooter played in the last three weeks, it’s clear I can’t commit to regular updates as part of this project. Thus it is time for taking stock, handing out awards and looking over my achievements and failures.

First and foremost, how did I do with my goal of clearing the backlog? On the table below we can see that, in the space of less than three months, I completed 57 games accounting for just over half of my entire backlog. I doubt many professional reviewers can make such claims — albeit they will play titles to a far greater depth than the solitary runs I practiced here — and I’m hugely proud of having taken such a huge chunk out of my backlog.

Naturally, we have an obvious question begged: what were the best and the worst games? Without further ado, I present Harry Nezumi’s Backlog Awards, the Golden Joypad (I’m a traditionalist) and the Golden Raspberry.

There was some stiff competition for this award. I spent some time deliberating the merits of Bayonetta against Project Justice (DC), Zone of the Enders: The 2nd Runner (PS2/360) and Ferrari F355 Challenge (DC). In the end though Bayonetta won out against all the others as being virtually flawless. It had greater depth and variety than Project Justice; a difficulty curve that, unlike The 2nd Runner’s, was intended for humans; and it provided far greater spectacle with no less demands of skill than F355 Challenge. Often games are great within their genre, Marvel vs Capcom 2 is such a title; whereas others, like Street Fighter IV, go on to both transcend and define their genre. Bayonetta is not just a great ‘action’ game, but a great game full stop/period (delete according to transatlanticism). It is telling that, whenever an action game is released the most ready comparison is to how well it will measure up to Bayonetta.

You read that right, it’s not a printing error, I genuinely loathed this game in parts and that comes from a fan of the original Sonic Adventure. The sole redeeming feature of SA2 is the Sonic levels, these account for around 1/3 of the game. The Tails ‘shooter’ levels and, worse, Knuckles ‘collecting’ sections are crippled as they are shoe-horned into a game engine not designed for them. Sonic Team USA, rather than doing the sensible and taking what worked from the first Adventure title and discarding what didn’t (Big the Cat), doubled down on giving the player ‘more’ when it could really have benefitted from ‘better’. It is a crying shame that this was Sonic’s first-party swan-song and his 10th anniversary. It’s such a big budget title and such a wasted opportunity, it verges on the interminable in places and the only positive about having completed it is that I won’t ever have to play it again. 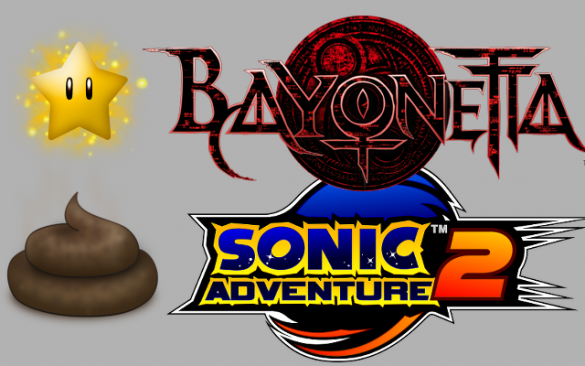 You can send abuse for my opinions on Sonic Adventure 2 to @The_Needlemouse.

Drilling down into the numbers can reveal some interesting features. Comparing my backlog by format with games completed by format, we can see that I spent a disproportionate amount of time on Sega consoles, horribly neglecting Microsoft’s offerings. I’m a Sega Addict born and bred, after all. Though the Saturn and Dreamcast accounted for 24% and 17% respectively of my backlog overall, they made up 28% and 21% of my completed titles.

The figures also reveal my preferences in what I play, though not, amusingly, what I buy. I have a somewhat scattergun approach to collecting, purchasing games of all genres. However, as the following tables show, I have a clear preference for titles born of mechanical, rather than narrative, depth. I completed every single fighting game in my backlog, 80% of my racing games (with only the awful Formula Karts stopping that through motion sickness), more than three-quarters of my brawlers and more than half of the many platform games I own.

It is with these projects that people can learn a lot about themselves.This shows that I have become something of a risk averse gamer. I know the likes of Skies of Arcadia (DC) and Oblivion (360) are critical darlings. However, they require such an investment of time that I do not want to begin what I may not be able to see through. Consequently, I skew to the benzedrine experiences, knowing that even if the game is a turkey it won’t be long before I’ve at least finished it and had some justification for the purchase. As it is, I have the worst of both worlds, knowing that these games warrant purchase, but never playing them. Clearly, to be a better gamer and a more rounded critic, this needs to change. 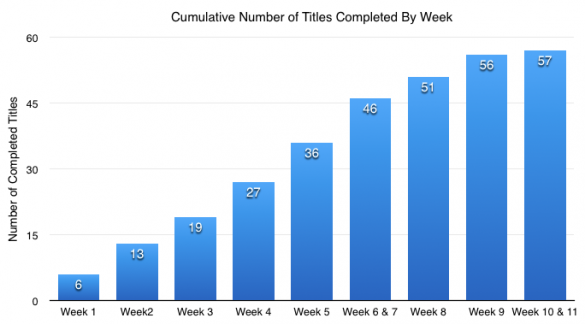 Unsurprisingly, weeks 4, 5 and 6 nearly killed me.

What next? After 15,000 words in updates – that’s a Master’s dissertation folks – is that it? Will I confine my collection, unknown gems and untold horrors alike, to storage or will I continue to diligently work away on my backlog? Believe it or not, this is all dictated by Street Fighter V, due early 2016. This is the game, and thus the date, that has me jumping on the ‘next gen’ bandwagon. Until that time I have a moratorium on purchases. With 57 games completed in 11 weeks (of which two of those I was barely active) I hope that even when balancing a new job in a new country I will be able to clear my backlog and return to guilt free gaming. There may be updates here on Sega Addicts, otherwise you can follow my progress on the Backloggery and get in touch via Twitter. The takeaway from this project is simple: no matter how big a backlog it is not worth the guilt having it sit there and gather dust. Play those games — even if just for a couple of hours a week. Love them, loathe them, laugh at and with them to your friends and online. It’s what they were made for.

Battle of the Backlog Episode 5: Nine Down, Seventy To Go

Battle of the Backlog Episode 9: Misunderstanding the Concept of Love