You know a game’s something special when it makes a second round or, in this case at least, even a third!  Valkyria Chronicles was originally released for the Playstation 3 in 2008, and it immediately captured the hearts of people wanting a good strategy RPG for the console.  Its interesting gameplay mechanics, solid story, and beautiful, seemingly pencil-drawn graphics helped it nestle itself firmly into the collections of many an RPG fan.  As a matter of fact, one of the main reasons I enjoyed Lost Dimension so much was because certain parts of the battle system reminded me of Valkyria Chronicles.

Valkyria Chronicles has spawned multiple sequels, (including an upcoming Playstation 4 spin-off that looks interesting so far) an anime adaptation, multiple DLC releases, and as of November 2014, a PC/Steam release.  Each release has been a bit light on sales, but it’s nice to see opportunities for a good game to attract new fans.  How does the remastered version on Playstation 4 compare, though?  Here’s hoping they didn’t break anything as seems to be a troubling trend with newer game releases. 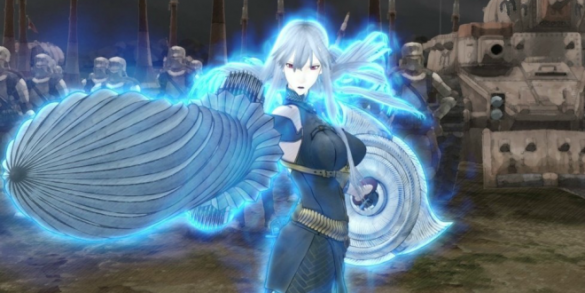 The year is CE 1935, and the continent of Europa is split between two superpowers: the East Europan Imperial Alliance in the East, and the Atlantic Federation in the west.  Unfortunately, the economies of both powers rely on the availability of a multipurpose resource (that I would personally liken most to petroleum or oil in how necessary for daily life it is) called Ragnite, and its growing scarcity leads the Empire to ignite the Second Europan War by declaring war on the Federation.  As the Empire quickly puts the Federation on the defensive, Imperial forces then move to invade the neutral Principality of Gallia in order to seize its bountiful Ragnite deposits.  After his hometown of Bruhl is invaded and overrun by Imperial troops, Welkin Gunther, son of a war hero from the first Europan War, flees with his adopted sister Isara to the capital, where they enlist in the Gallian Militia.  With his family name preceding him, Welkin is given command of the militia’s Squad 7.

For those who have somehow never played it, Valkyria Chronicles is a tactical RPG that uses a unique turn-based combat system called BLiTZ. (Battle of Live Tactical Zones) Players begin their turns by viewing an overhead map of the battlefield in Command Mode, and once selecting a unit to move switch to Action Mode.  Movement and other actions are handled in real time during Action Mode- this has been done in other games such as the Growlanser series before, but Valkyria Chronicles is different in that movement is limited by an Action Point (AP) gauge.  When targeting enemies, the attacking unit enters Target Mode, where players are in direct control of aim while all actions and counter-attacks cease, allowing for precise aim for headshots or other actions, such as throwing grenades or using a special weapon. 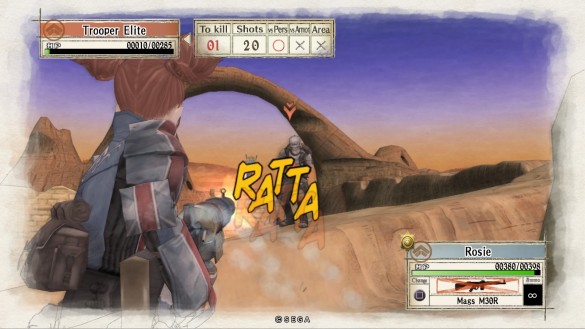 Characters are split up into different classes that suit different purposes: Scouts, which are designed for recon and exploration purposes, Shocktroopers for heavy combat against groups of enemies, Lancers that are specialized in anti-tank combat, and so on.  Each character in a class is mostly the same as other characters of his or her class, but what makes them all different is their unlocked Potentials- stat modifiers or special abilities based on affinities or aversions to certain environments, situations, and even other characters.  With these in mind, players are free to customize their fighting force based on individual missions and scenarios at any point outside of combat, which is great because some characters forfeit their usefulness in certain environments and around certain characters.

As this is a remastered version of an older game, there’s really nothing new in terms of gameplay mechanics, story- you name it, it’s mostly the same as you remember.  While this can be great if you liked the original game, (I know I did) it also means that its original flaws still remain.  What this meant for me specifically is that things like characters getting inexplicably stuck on the environment (sandbags, barricades, vehicles, etc.) with frustrating frequency and riddled with bullets as a result.  It doesn’t sound like a big deal, but when someone’s like me and is very careful not to put anyone in harm’s way too much, something like this that’s out of the player’s control doesn’t exactly add to the fun.

As I’ve become more and more of a stickler for good localization and voice acting over the years, I found myself not enjoying the presentation of Valkyria Chronicles nearly as much as I did when it first came out.  The voices themselves aren’t bad, but a couple of characters’ deliveries are definitely lackluster in comparison to their original Japanese recordings, specifically Rosie’s song in Chapter 11.  The English version is nice- I’m not disagreeing that it could have been so much worse, but when compared to the Japanese version it lacks the amount of emotion that is appropriate for such a powerful scene, and it falls a bit flat as a result. 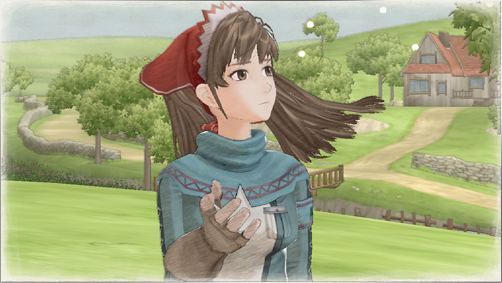 Maybe it’s that I’ve just gotten better at tactical or strategy games over the years as I don’t remember having this issue with the original, but I found some of the missions to be almost too easy, and I’m not just talking about earlier missions.  Even some of the harder or more frustrating missions according to fans of the series, such as the desert duel in Chapter 7, I completed on my first try; there were only two or three missions I had any trouble with, and once I figured them out I often got an A rank without losing anyone. For instance, the Final Showdown had me tripped up for a couple of hours, but once I figured it out, I beat it in two turns with a lone shocktrooper attacking the boss.  No, seriously- if you don’t believe me, I’ll film it and post it. I will definitely be sure to give EX Hard Mode a try and hope that will give me the run for my money that I’m looking for.

One thing that has definitely changed for the better, however, are the gorgeous visuals made possible by the CANVAS graphical engine being upscaled to 1080p.  I’m not going to lie- seeing the wonderfully animated colored-pencil style graphics in full HD was truly a treat for me, and I had no problem re-watching all of the story segments this time around just to fully take in how fantastic everything looked.  Just remembering that particular loss of a character that I won’t spoil for people who haven’t played Valkyria Chronicles was sad enough, but seeing it again in the splendor of full HD nearly had me in tears.  The soundtrack is as beautifully orchestrated as ever, and while it’s no different than it was in the original, coupled with the upgraded graphics definitely made for an experience I’d recommend to any fan of the series or someone interested in the experience. 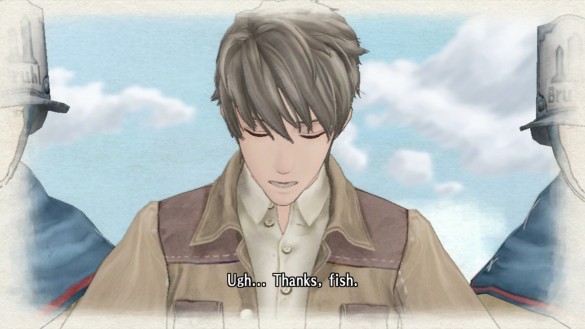 All in all, Valkyria Chronicles Remastered brings nothing unexpected to the table, especially to anyone who’s played through the game previously, but with an already-discounted price tag, I’d say it’s worthy of any old (or new) fan of the series’ time.  I for one can’t wait to sink my teeth into the DLC that I never got a chance to play when it was originally released.  If you haven’t played this game already and are looking for a truly difficult strategy game, you might want to pass on this, as EX Hard Mode isn’t unlocked until after beating the game the first time and the combat is likely to bore you before then; the same goes for anyone who’s played the game and doesn’t care about seeing it in a prettier package.  Even so, it’s a solid title, and I’m happy to have it nestled safely in my Playstation 4 collection; I hope you will be as well. 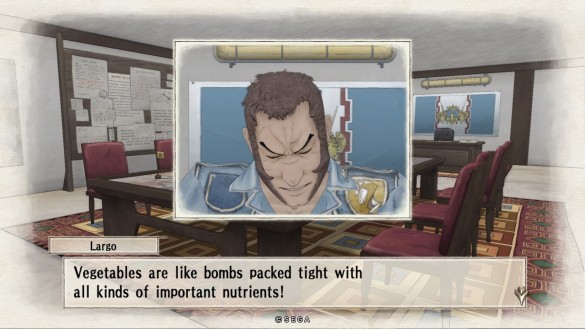