Has it really been almost two years since Project DIVA F 2nd graced our PS3s? It feels like just yesterday I was traversing through a literal tundra to pick up my copy of what ended up being the best rhythm game I’ve ever played. Coming off of a game like that, the pressure is definitely on for Miku and friends to perform in their very first PlayStation 4 outing, Project DIVA X.

Can the series keep trending upwards? Or will this be the start of Miku’s downfall? 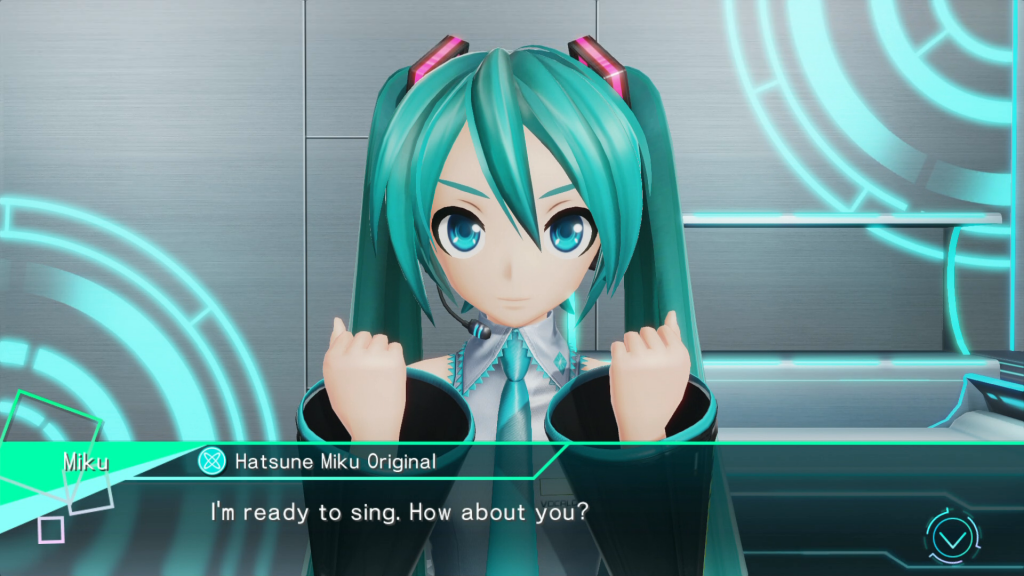 To be perfectly honest, there’s not a whole lot of changes from previous Miku experiences. As one would expect, the game is absolutely gorgeous, and much improved over PDF2, taking full advantage of next-gen tech. Everything runs at a full 60FPS, and there’s some absolutely eyepopping visuals to be had. The only real downgrade with the background videos this time around is that they’re not quite actual music videos like they were in past games, simply dancing and singing on a stage. While this would be a disappointment, it helped one of the cooler new features of the game, Event Requests.

Unlike the concert modes from previous games, where you could simply watch the Vocaloids perform one preset song, PDX allows you to pick your three favorite songs, favorite stage, and favorite modules and create your own playable medley of songs, complete with the dances and props from the actual song videos. While it’s not exactly a super groundbreaking mode or anything, and it doesn’t entirely make up for the lack of Edit Mode (which, to be fair, is more Sony’s fault than Sega’s thanks to the PS4’s lack of custom soundtrack support) it IS a cool feature for those who wanted more out of the concert modes.

As far as the other new mode, Live Quest, goes, it’s a fun way to shake up the usual progression of unlocking songs in the Project DIVA series. Instead of just picking a song and playing it to unlock the next, the game now does things in the style of a Visual Novel, with little cutscenes between each song, and the songs themselves grouped up into five different Clouds based on their genre. Again, not exactly groundbreaking, and it doesn’t change the game up a ton, but it does freshen up the experience a little for those who may have gotten tired of the usual format. 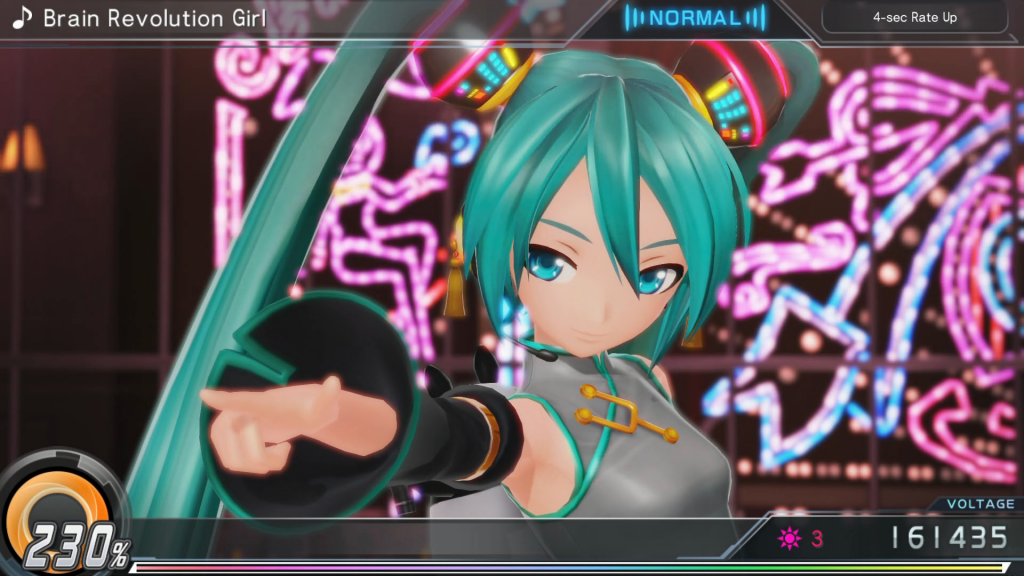 From a core gameplay standpoint, Project DIVA X is as good as ever. While the upgrade to 60FPS will throw some off initially, this might be the least challenging console game in the Project DIVA series. While some songs are still freakishly tough, especially on Extreme, clear conditions are much more lenient, especially with the health bar seemingly gone. For example, I stumbled pretty badly through a few songs on Extreme, but still had enough points to clear the level with a halfway decent rating, something that never would’ve happened in previous games. Hardcore players might not like the change, but it does make things a little more accessible to newer players.

Another big change, and another reason for the game’s decline in difficulty, is the increased focus on modules and accessories. While past games only had them as purely aesthetic unlocks based on the song you played, Project DIVA X‘s take on them awards stat boosts and other perks depending on the Cloud and song you’re playing, with everything ranging from simple score and Voltage rate boosts, to forgiving miscues in songs. Sadly, this does mean you’ll be using some rather goofy combos sometimes, as always when games tie stat boosts to customization items. Module unlocks are also no longer completely tied to the song you’re playing, either, as they randomly unlock every time Chance Time is cleared in a song, triggering a neat little (and distracting) transformation sequence. The only real issue here is that the RNG doesn’t remove previously unlocked modules from the roulette, making grinding them out a real pain sometimes.

If there are any disappointments to be had, the song roster is definitely one of them. There’s only 23 full songs in the game, not counting the “boss fight” medleys unlocked after beating each song in a Cloud or the DLC. Some will also be miffed that there’s not a whole lot of Vocaloid’s greatest hits to be found, although personally, I liked seeing lesser known songs get featured, especially my favorite song, “Ai Dee”. Still, PDX is a game that lives and dies on replay value, and with such a small roster compared to F 2nd especially, there’s a good chance some will get bored a bit more quickly, especially when trying to grind out the massive amount of unlocks. 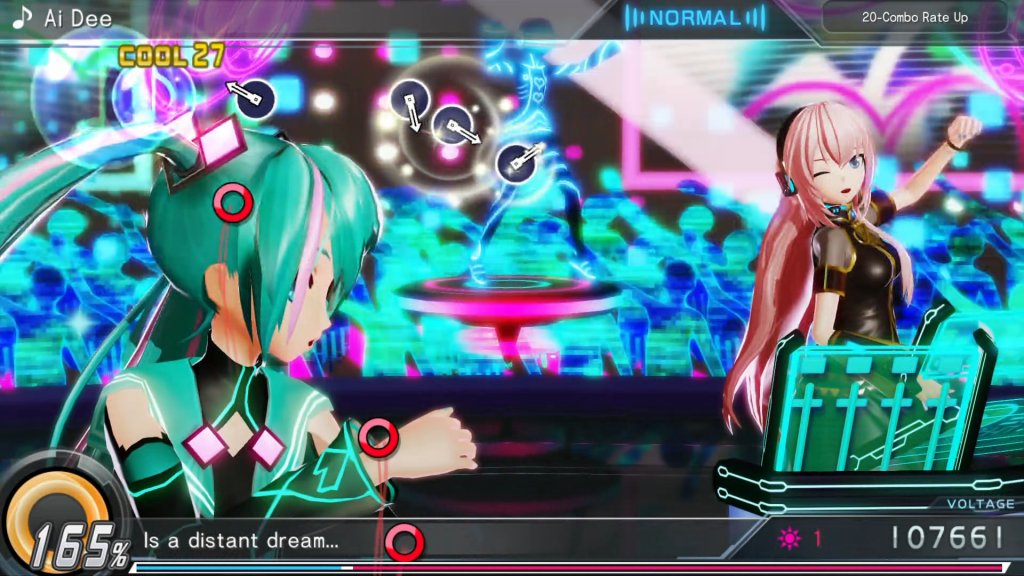 All this being said though, though the game is very good- excellent, even- I can’t quite shake the feeling that we’re veering dangerously close to ‘yearly roster update’ territory here. There is nothing bad or even really all that underwhelming about the game, but it feels like something is still missing compared to the Project DIVA F games, and I can’t quite put my finger on what that something is. Worse yet, I can’t quite think of any ways to fix it either. The Project DIVA gameplay formula is so well done at the moment that adding something to spice it up might break it, and no one wants that.

Still, Project DIVA X is more than worth the time for Vocaholics and anyone who loves a good rhythm game, and in spite of my concerns for the series as a whole, might just be the best possible jumping on point for anyone who’s slept on Miku up to this point due to its more accessible gameplay.