How much do you want to bet you won’t be able to pronounce Utawarerumono: Mask of Deception perfectly on the first try? A big game with a big title and an even bigger heart, Utawarerumono is a franchise of visual novel/strategy game hybrids, and this marks the first time the games are coming west.. I wasn’t sure what to expect when I started to play this game, but I’m incredibly pleased to find that Mask of Deception is one of most engaging games I’ve played all year. The emotional story is sure to keep players who love well written world building invested, and it’s SRPG battles are sure to thrill fans and newcomers of the genre. 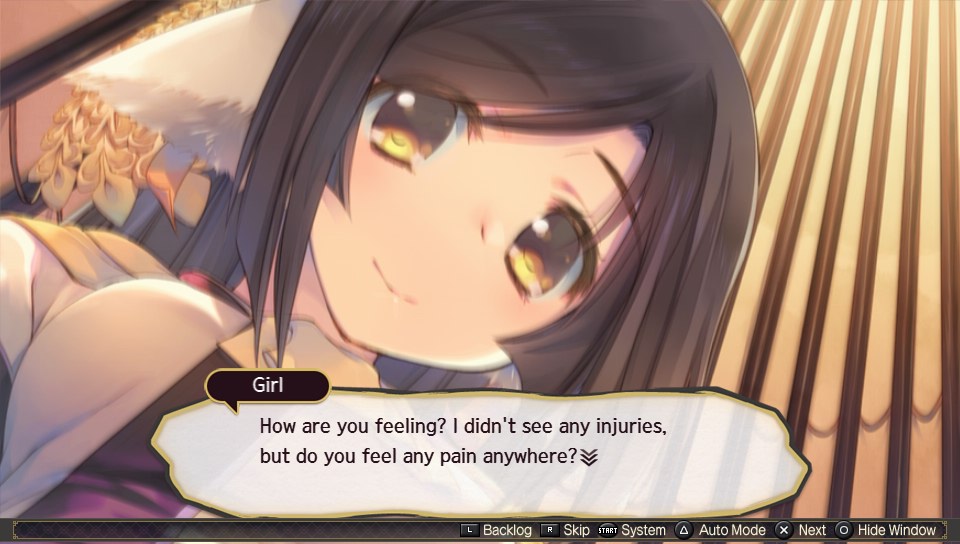 You step into the shoes of the amnesiac Haku, who wakes up in the frozen wilderness under the care of Kuon, a mysterious woman traveling through the country of Yamato. The world he finds himself in is a fantasy world with an Edo era Japan vibe and full of animal people. Haku decides to accompany Kuon in her travels and their journey eventually leads them to the country’s capital, where they set up shop and begin to uncover a world of political intrigue. The fantastic writing and attention to detail in the world building takes what could of been a cliche plot and really makes something special. The plethora of characters you encounter all feel alive and three dimensional, and I can’t think of a single one that didn’t entertain me immensely. Haku’s laziness might annoy players at first, but his intelligence and sassy demeanor leads to interesting ways he sees the events around him and made him a perfect protagonist for the bizarre setting. In addition, the mysterious pasts of Haku and Kuon’s teased throughout the story paint a picture that something much bigger is going on behind Mask of Deception’s beautiful and bright exterior. While this all sounds rather melodramatic, it might surprise you to hear that Utawarerumono is full of charm and humor, and I honestly can’t remember the last time a game has made me laugh this much. The fantastic localization does wonders to the source material, and every joke it set up always landed with me. The first big chunk of Mask of Deception does feature a rather light tone, but the game knows when to get dark and always hits incredibly hard when it does. 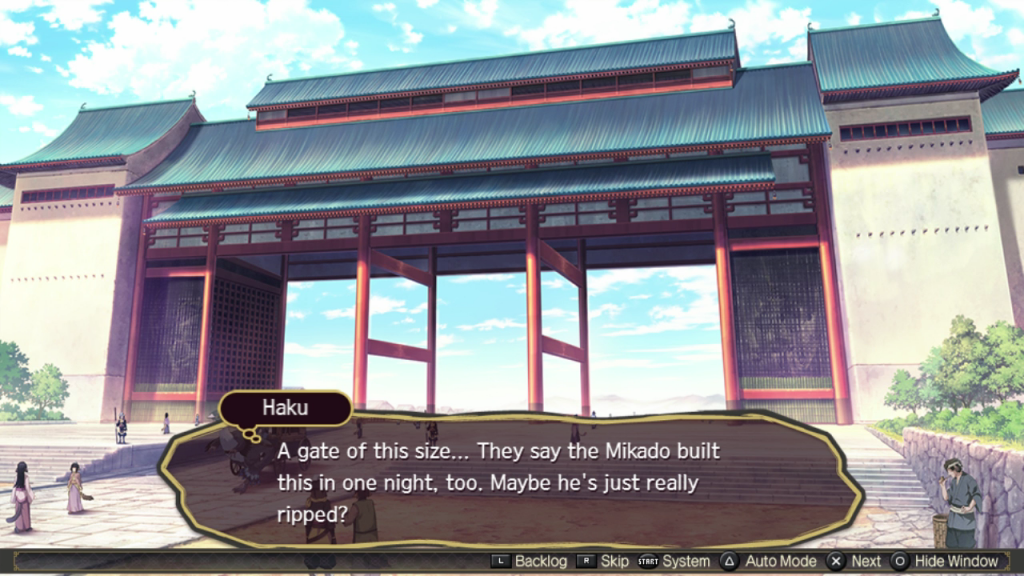 For a game with such a big emphasis on visual novel style storytelling, I was incredibly surprised to discover it’s great SRPG mechanics. Battles are turn and grid based similar to a Fire Emblem title, and you will command Haku’s ever growing party against the foes they face as the story progresses. What makes Utawarerumono stand out is how it let’s the player get directly involved with the actions they chose for their characters. By syncing up button presses and holds, players can power up their attacks or spells, and get critical hits. It’s been a blast so far, and this level of player interactivity keeps me engaged in battles from start to finished. 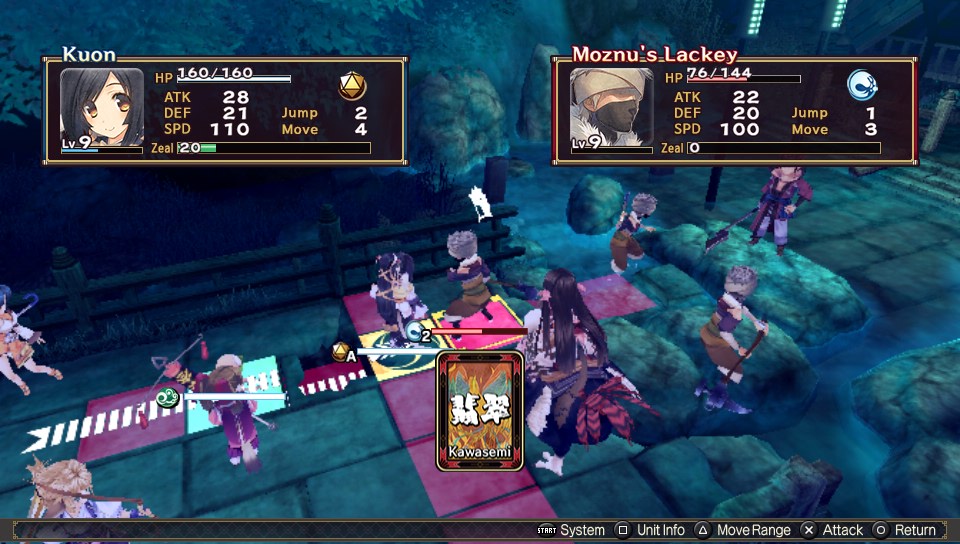 Another rad mechanic is Zeal, which is a bar that builds for each character as you attack more. Once the bar is full, they will be put into an Overzeal state, buffing them up for a period of time and letting them take another turn. Experience gained is based on attacking enemies, not reliant on dealing the final blow. It’s a great battle system, but my only gripe is that battles were a bit better paced throughout the narrative. This game is incredibly story heavy, and for the first 10 hours I really only got into 6 battles. Those expecting less story and more combat, take that into consideration. This is remedied by the ability to replay battles during the downtime sections of the story, where you are able to either go into Free Battle or select a variety of mini stories before the next important plot section begins. 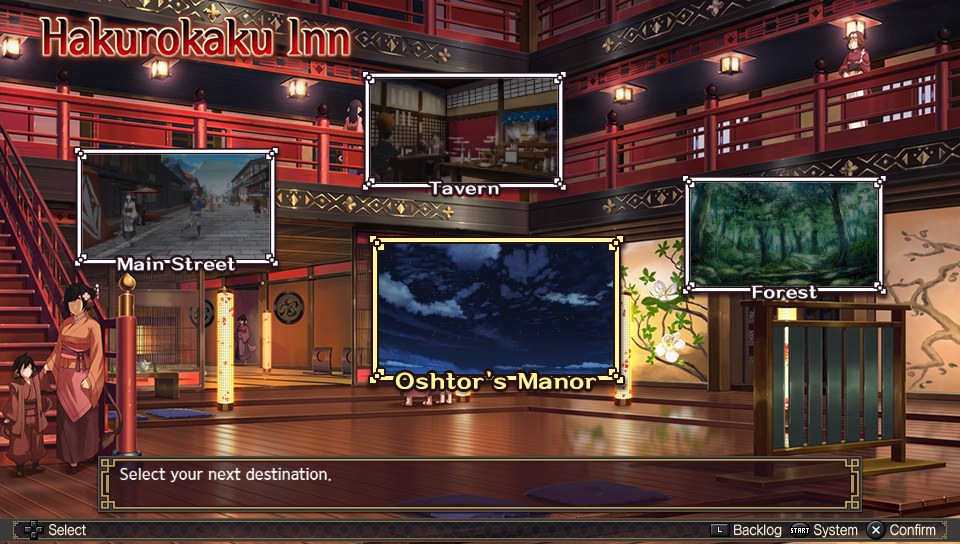 Lastly, Utawarerumono’s production values are wonderful, as sound design, characters, and  background art all are beautifully crafted. The 3D models fit the game’s Edo era fantasy art style and are as charming as the rest of the game’s visuals. The game’s CGs were consistent with the game’s art style as well, which many fans of visual novels know is rare these days. The only nitpick I can think of is that character portraits lack animation, such as lip animation, but that boils down to a stylistic preference and never hampered my experience. The music is incredibly beautiful, and the soundtrack has a good variety. The game is fully voiced in Japanese, and the voice actors deliver stunning performance for any scene, no matter how goofy or serious. 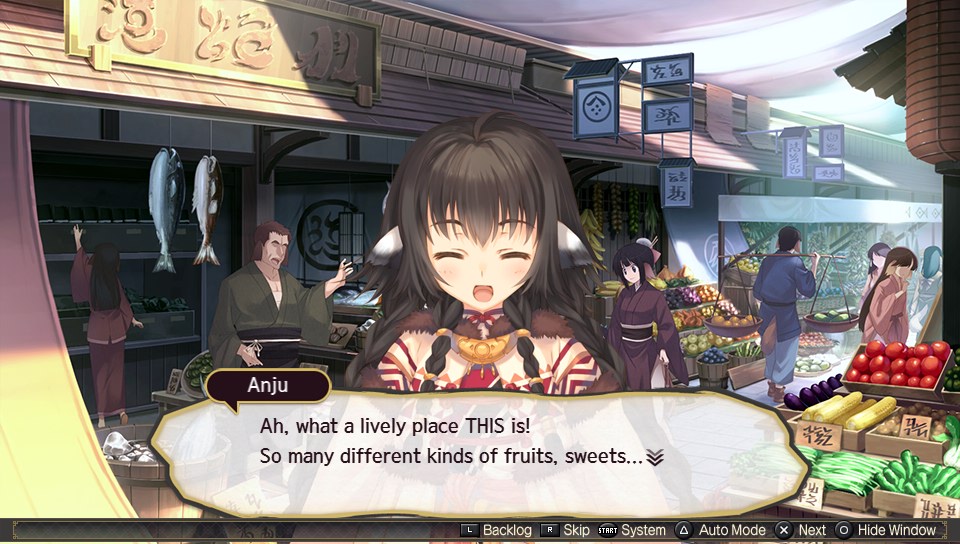 Utawarerumono: Mask of Deception kept me engaged through my entire time with it, with the only flaw sticking out being it’s weird pacing problems. The story does end in a cliffhanger, with the majority of its mysteries to be resolved in the sequel, Mask of Truth, which will be published on September 5th. I’m so glad the people at Atlus USA were able to share such a special game, and I will be eagerly waiting until fall to see the conclusion to the story. The impatient ones out there could always watch the anime adaptation, Utawarerumono: The False Faces, but you’ll definitely be missing out on one hell of an experience.