If there’s one thing I never stop shilling, it’s Satoshi Tadashi’s fantastic writing in the Persona 2 and Digital Devil Saga duologies. When The Caligula Effect was announced in early 2016, I was ecstatic to see him back to write a whole new game, especially one published by staff favorite Furyu. It was considered to be a new generation high school JRPG by it’s developers, and many people were hoping for a semi-spiritual successor to the storytelling of Persona 1 and 2. Unfortunately, despite fulfilling it’s promise to present Tadashi’s take on a modern JRPG story, The Caligula Effect has many flaws that prevent it from being truly incredible. 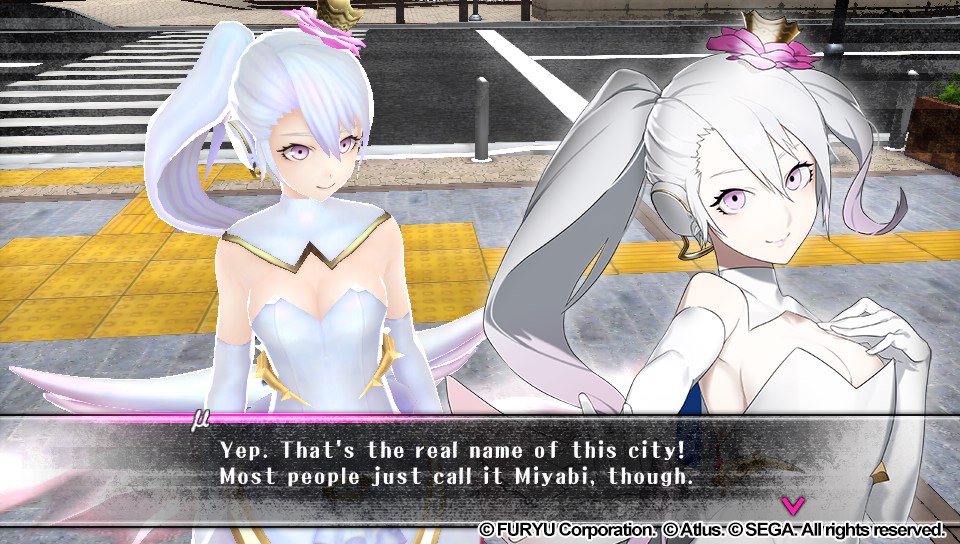 In The Caligula Effect, your main character wakes up in a strange virtual world called Mobius that is run by vocaloid god known as “μ”. μ, pronounced “Mu”, is idolized by the brainwashed masses in this world, and wants them to be happy no matter what. Mu’s goal is to make a utopia for everyone in the real world to escape their problems; in Mobius, people live idealized, fantasy lives in a never ending highschool, trapped via memory loss. True fanatics of Mu are tainted by the world, becoming “Digi-heads, who serve as the enemies you fight in the various locations around Mobius. A few students have begun to notice the discrepancies, and your character is invited into their incredibly japanese-to-english named “Go-Home club”. They gradually awaken to special transformations to combat the dangerous Digi-heads, and from this point their adventure begins. I’d say the story and characters are probably The Caligula Effect’s finest aspects, and the game touches on many uncomfortable topics, with trauma and societal taboos being the main ones. It handles it’s dark subject matter with a good level of respect, while still managing to make it entertaining and serious. The characters all suffer their own problems, and are likable despite their glaring flaws. 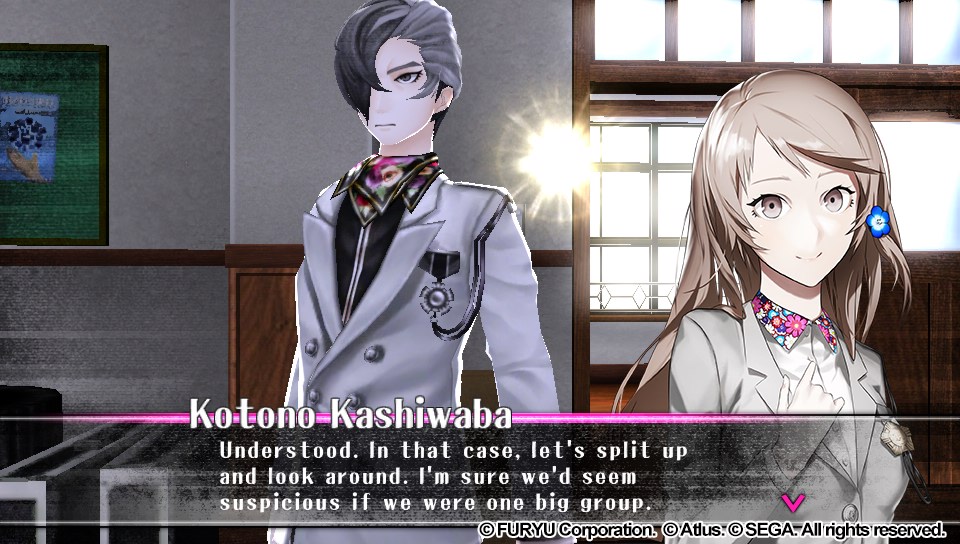 Fantastic story aside, a game can’t survive on that alone, and unfortunately The Caligula Effect’s gameplay and game design are a mixed bag. The battle system combines elements from real time strategy games with turn based RPGs and uses it’s own flair to make something I’ve never really seen done before. As you explore dungeons, which are usually various buildings located around Mobius, you can engage Digi-heads to seamlessly begin combat. Your characters can queue up moves and visualize how their turns will play out in unison before confirming them, allowing for expansive strategy to prepare for any situation possible. These visualizations are the optimal results, and accuracy and hit rates will keep players on their toes to keep their team alive. Unfortunately, this awesome combat system contrasts the poor dungeon design. The visual style of each dungeon is repetitive, never giving you much in the way of new sights to look at as you explore. Textures are often reused often, and the needlessly long hallways feel like padding to lengthen playtime. 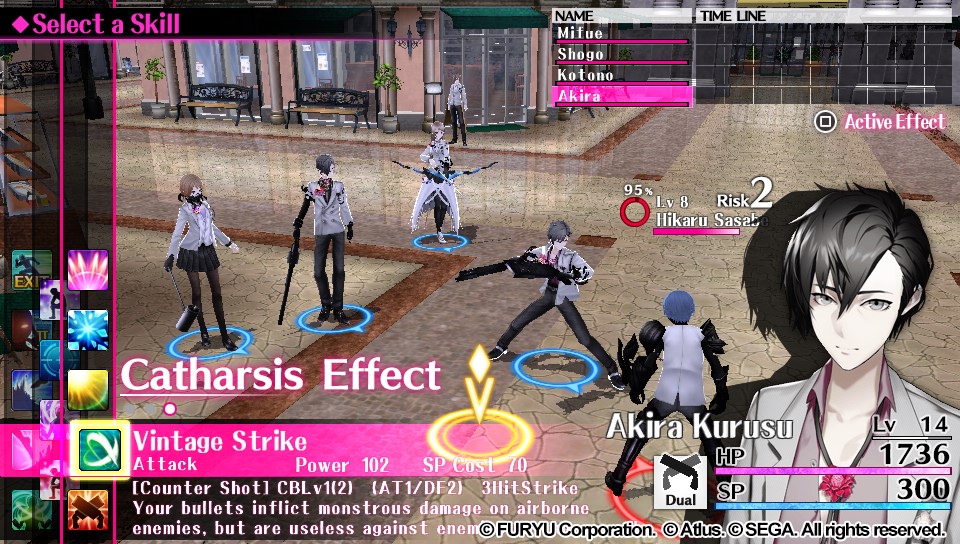 The other aspect of The Caligula Effect that gave me mixed feelings is it’s social system, where you can become friends with the 500+ students in Mobius, including the main cast. The Persona series understood that “Less is more” for a game with social elements. By adding so many characters to interact with in The Caligula Effect, they all lose depth and connectability. The main party has really great interaction events, that flesh out the characters, but every interaction between random NPCS feels boring and cookie cutter. The idea is that any character you befriend can be recruited, but the main party outshines them in both skills and characterization so I felt this was a waste of time. Thankfully the game doesn’t really require you to use this feature, but it felt incredibly unnecessary. 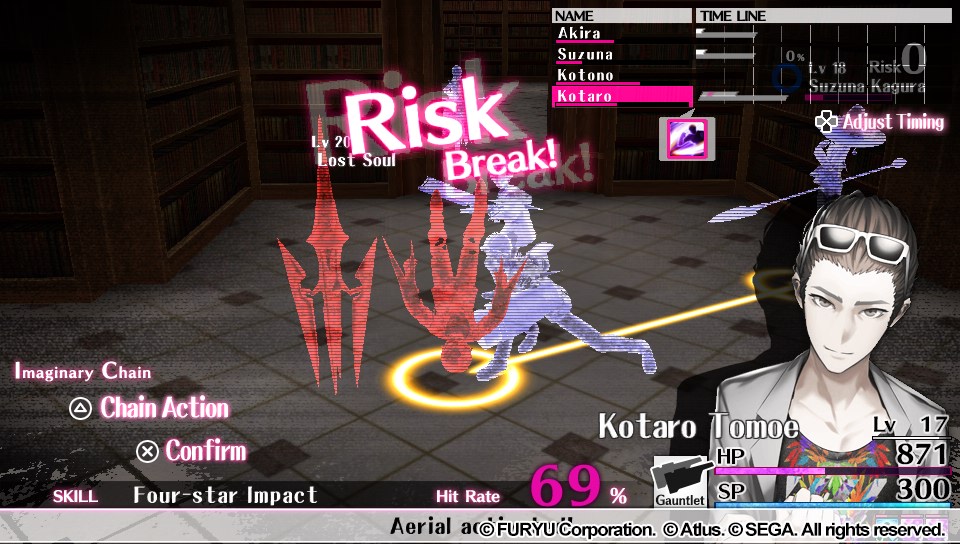 The art style for this game is completely breathtaking, which is a shame because the 3D character models look unflattering, even for the Vita. They convey little emotion, and pale stylistically in comparison to the fantastic art direction. At their very best they are simply passable, but the amount of reused character models for student NPCS makes The Caligula Effect’s budget limitations begin to show. It’s a step down from Furyu’s standards in visual presentation, and it sticks out in comparison to the character portraits. In terms of music, there’s the selection is catchy and really well produced, even if there is a small selection of music in the game. 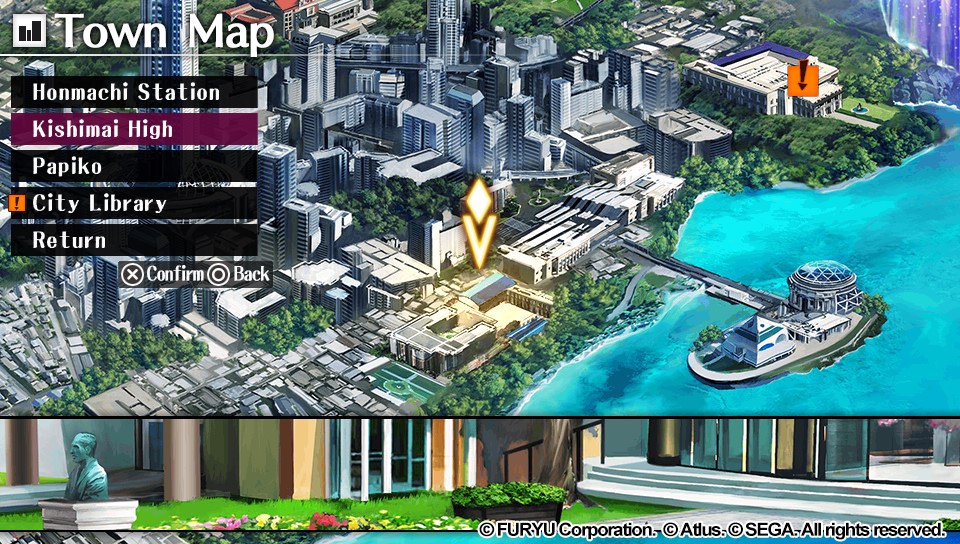 The Caligula Effect as a whole makes me conflicted. It’s a game with many fantastic ideas, that suffers because of a low budget and not enough time in the oven. The story is fantastic, the character’s problems feel realistic, the art direction is stunningly beautiful, and the battle system is a breath of fresh air; all aspects that would make up a fantastic game, but fail to do so thank’s to balance and presentation shortcomings. Risk taking is a good thing to strive for in game development, and I admire the team and Satoshi Tadashi’s vision, but The Caligula Effect fails to realize many of the ideas it tries to achieve. If you think you can get past the problems mentioned here, I’d say this is worth checking out. Patience is an absolute virtue with getting the most out of this game, and it’s a shame that it can’t be as flawless as many of us hoped. 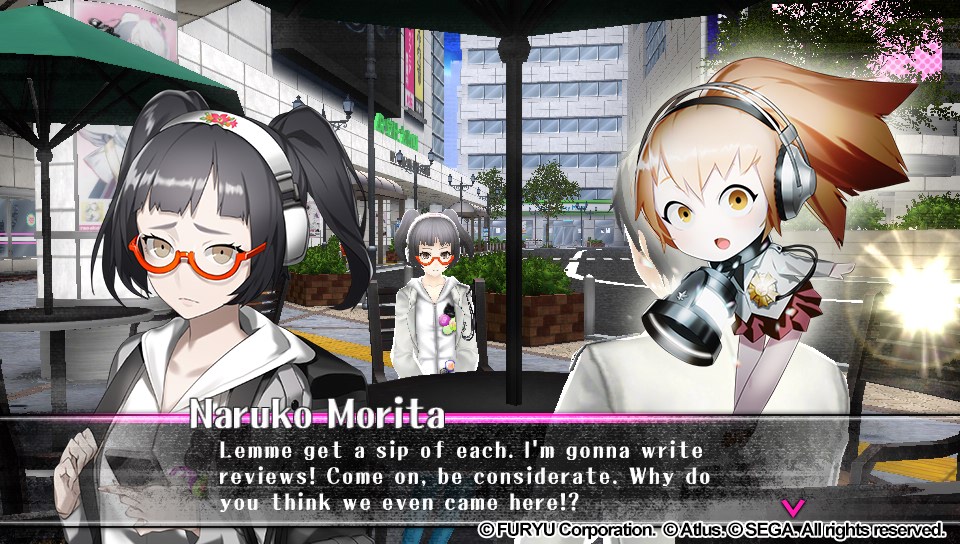 Shadows of the Damned becomes even sexier for Japan