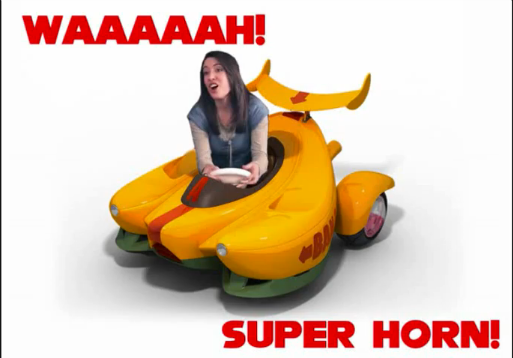 My name is Matthew Jay, I write a weekly column about your past and present ad campaigns called Radvertisements. Sometimes I genuinely enjoy the commercials and magazine ads you produce and it makes me want to purchase the games featured in said ads. This is the reaction you want from a consumer like myself, but sometimes I’m not entirely sure as a buyer of games or as a videogame journalist what you’re trying to tell us with most of your ads.

Take this commercial you released earlier this year for instance:

I don’t mean to sound aggressive right out of the gate, but Alex looks like a complete douchebag. He seems like someone who would feel more comfortable with a PBR Tallboy spiked with roofies in his hand than a controller. His My Chemical Romance haircut perfectly frames that pointy little rat face as it sleepily spills racing cliches out onto that leather racing jacket. Does he know he’s not actually racing? That wheel in his hands isn’t really connected to anything.

I don’t think Jen is sure what a videogame is. I love videogames but even my enthusiasm for a game could never match the excitement she’s trying to convey. Is this the first game she’s ever played a game? It’s as if you showed a child Pitfall on the Atari 2600 and kept them sheltered from any game since, like a kid growing up in a convent smack in the middle of Amsterdam, then handed them a Wiimote. I’m not really sure who the other two guys are, they don’t talk much. It’s probably hard to get a word in when you have to compete with such witty rapport as “WAAAH! Super horn!”

Exhibit B is the trailer for the same game:

Now this is how you sell me a game. A trailer that shows just enough without giving too much away. I get a glimpse of some of my favorite characters but only a few, so I’m left wondering who else could be featured. The pace is kinetic and fast, as a Sonic trailer should be. I would like to see some gameplay like in the Alex and Jen video, but leave out the terrible acting and douchey haircuts.

Please, SEGA, more of the latter and less of the former.