Hey Sega-addicts, it’s that special time again: Forum News! That means you should join the forums right now, so this post is more relevant to you. We always welcome new members, so get in there and start posting today. As always there was a ton of fun stuff going on in there, so hit the jump to find out more!

I still have to steal Internet to write these, so it’s going to be a bit rushed and probably low quality. By next Sunday my Internet should be up, so I’ll have to think of some other excuse, but for now we’ll blame it on the Internet. Enough about me though, let’s get to last week’s challenges:

This week wasn’t very good for the challenges; we only got two of them. We missed the first 3 challenges, but we did have lots of Sega games discussion and a pretty great picture thread. Since no one likes to hear about how we’ve failed, I’ll talk about the latter!

The Sega Games and Consoles section was crazy this week. The amount of activity here easily made up for us not doing so well on the challenges. As everyone knows, we here at Sega-addicts love the Dreamcast, but sometimes the hardware fails on us. Luckily we have each others backs here, which is the reason for this thread right here about fixing Dreamcasts. If you’re like me you’re a sucker and don’t have a Dreamcast you have to get your Sega fix from their 3rd party games. Luckily we have the answer(s) for that as well. Check out our threads on Vanquish, Valkyria Chronicles 3, and Sonic Advance. We also had some fun talking about games we used to like. 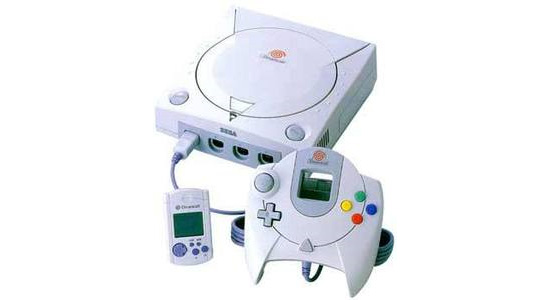 I couldn't find a ridiculously broken one, so here is what your Dreamcast will look like when you ask the Sega-addicts community for help.

The Bar was also going pretty crazy this week. The Bar thread was just as busy as it usually is. We also had a fun picture thread, but here’s the catch: you’re required to post a picture of you with a piece of Sega memorabilia. So far there’s been a lot of kissing Dreamcasts a la Topher Cantler. Apparently doing that makes you related to him, so get in there and make a new cousin, son.

I think we all want to be that

In the Bananas and Pepsi Max section we talked about our favourite type of candy. This quickly degenerated into a candy pun thread. Most of them are pretty awesome, so check it out right now! In the Non-Sega Gaming section we talked about the Bioshock series and a thing that is now a thing and used to be a thing, but wasn’t a thing and everyone thought would never be a thing: Duke Nukem! I know everyone wants to talk about that one, so do it NOW!

Finally, check out the trading thread because there is a new list up! Mr. Zoom posted his list of haves and wants right here, so check it out and make a trade or something. Everyone else still has their lists up, so check those out too.

This week our challenge is to complete the challenges that we didn’t do last week. I know that’s kind of an easy way out, but whatever. Think of it as a second chance. Next week I’ll be returning to my usual high quality posts. For now though, I’ll see you in the forums.

Forum News: The Gang’s All Here