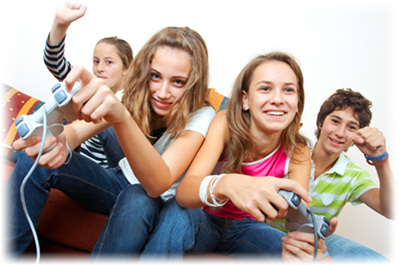 Yo, Sega homies, it’s time for games of the week!

I finished Ivy the Kiwi? for my review. That’s pretty much the only new game I’ve been playing. On my trusty new RetroN 3 I’ve been playing Mickey no Tokyo Disneyland Daib?ken, a Super Famicom game released only in Japan. As you know, I’m a big fan of 16-bit Disney games and this is a new one to add to the list. And it’s pretty high up there. As a platformer it’s really unique and does a lot of interesting things with physics that I’ve never really seen in a 16-bit game. The closest thing I can compare it to is Rocket Knight Adventures. I also sank a lot of time into Bubble Bobble on the NES and am replaying the first Kingdom Hearts in preparation for Birth By Sleep which comes out this week. Oh, and the Vanquish demo. Can’t wait for the full game!

This week, I finally managed to polish off the last bits of Katamari Forever.  The different angles from which they approached the rolling gameplay were all really creative and refreshing.  I worried about it getting stale, but they added just enough to keep me interested and, as with any Katamari game, grinning ear to ear.  I’ve also started my first-ever playthrough of Psychonauts, and I am loving it so far.  The sense of humor is so pitch perfect that I’m finding myself actually watching the cutscenes over and over because they are so damn entertaining… That NEVER happens! The Vanquish demo got a little attention from me as well.  It’s fast as hell and real pretty, but I’m eager to see a lot more.  Other than that, not a whole lot.  I’m kind of taking a breather for a bit, which is why you haven’t seen an article from me in a little while.  Don’t worry, I’m still ’round.  Hopefully you’ll be hearing more from me soon.

Nothing much. Well that’s not true, i’ve been playing a lot of Dead Rising 2: Case Zero. It’s aright. Other then that I’ve just been picking up old games for random playthroughs. This includes the first Sonic game which still doesn’t hold a candle to Sonic 2 or the one what had Knuckles in it or something. So yeah not really much just random games.

So, this week I’ve been playing Shank and Metroid Other M for review as well as Wargames on the Atari, Supreme Commander, Starcraft 2 and Risk on the Sega Genesis. Suffice to say, it has been a hellishly hectic week again complete with having about a tenth of a time to get done all the things I’ve set out to do and even with the long holiday weekend, my hopes of accomplishing everything I’ve set out to do is still slim to nil – sounds like a Mission Impossible introduction almost, eh? In the meantime, I’ve slugged a bit more out of Chrono Trigger despite losing a bit of interest in it and will probably come back to it once I get through everything you see above. That is if I get through it all, hopefully, before Halo: Reach comes out in a bout a week or so. Busy, busy, busy.

Played a bit of Tekken 6 (Can GT5 knock it off its throne as my favorite PS3 game? Highly unlikely, but I bet it’ll come damn close) and WWE Smackdown Vs. Raw 2010 (reeeeeeally looking forward to SVR2011), as well as the Vanquish demo (still haven’t beat it…), on Tuesday, but really that’s about it. Been incredibly hard to find any time for games lately, but I hope to change that this week (thanks in huge part to the fine fine folks at Sega Europe. I love you Free Stuff Friday!).

My games of the week have been PAX baby!  Conduit 2, Sonic Colors, Bangai-O, VC2 for Sega related stuff.  Duke Nukem, Slam Bolt Scrappers, Kirby String Kids, Donkey Kong Fun Town, Monday Night Combat, Nothing Kinect, haven’t even seen a Move candypop.  Met Kris Knigge, who is very tall btw.  Him, Jim Sterling, and I met up with Alex Nuese and played the new Bit.Trip Fate and Lilt Line (so good).  Hanging with Destructoid Community is so much fun.  Everyone, please come next year, its going to be great!  Expect more details soon, right now nap time before party time.

This week wasn’t too exciting in terms of game playing. I finished up Ivy the Kiwi? at the beginning of the week. It was fun and that’s all I’ll say for now since there’s a entire review about the game on our site right now. In addition to that I’ve mainly just played the Vanquish and Phantasy Star Portable 2 demos. I enjoyed Vanquish although I get a strange feeling that I’m not playing it right and the Phantasy Star Portable 2 demo has left me feeling very confident about the upcoming release. I wasn’t a huge fan of the original game but the sequel seems to have fixed a lot of the problems.

I think I speak for all of us when I say, Alex Barbatsis can go jump up a giraffe’s butt.

That’s it for us! What have you guys been up to? Shout out in the comments or join the forums and let us know!