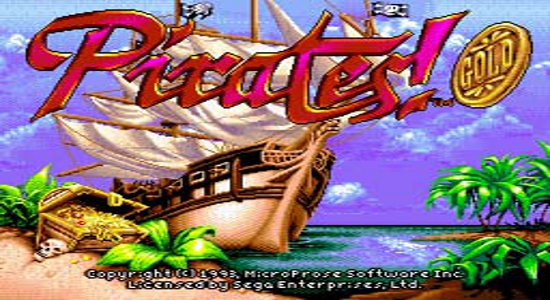 There isn’t just something about pirates that has engendered them into the hearts of every single member of popular culture since their resurgence in the last several years – everything about pirates has kept them relatively high on the awesome factor for a while in the never ending competition between them and ninjas. And realistically, what person wouldn’t want to be traversing the high seas, plundering booty, wenches and rum at every port along the way to another adventure? No one in their right mind, that’s who. That’s why I decided to sit down with Sid Meier’s attempt at creating an adventure in piracy on the Sega Genesis this week for my Miscoded Confidence. Let me tell you – it’s definitely a pirate’s life for me.

For those unfamiliar, let me show you around the main deck. Sid Meier, the same guy who everyone can blame their Civilization addictions on, created Pirates! in 1987. While it was initially published and developed by Microprose for the Commodore 64, it would eventually see a slew of ports to alternate systems. After about four years, Sid Meier’s game could be found on just about every major playable system at the time, including Apple II, Atari ST, Amiga and even the Nintendo Entertainment Systems. 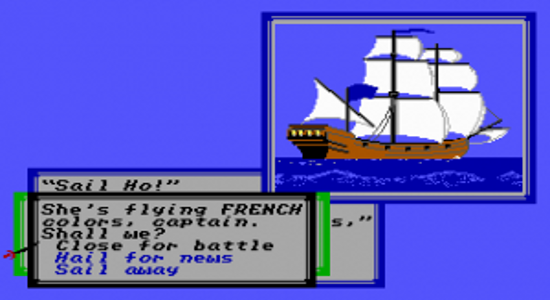 However, the pirate simulation wouldn’t make it to the Sega Genesis for another two years following its release on the NES. Released under the moniker, Pirates! Gold, it was considered a graphically definitive version. Capable of being run on DOS, Windows 3.0 and beyond as well as the Sega Genesis and Mega Drive, at 256-colors, included mouse support and a staggering MIDI, it was truly a treasure for it’s time.

Set in the Caribbean, players are unleashed as privateers, aka pirates, following their receipt of an in-game letter of marquee that authorizes them to act as such in the name of France, Spain, the Dutch or England. Playing areas included Central America, the Spanish Main, Gulf of Mexico, Florida as well as the entirety of the Caribbean, which also happened to include the island of Bermuda. Throughout the game, political loyalties, as with any game shift, causing the player to take different ranks within the different navies of the fledging European Empires.

After all, there always has to be a dominant power on the sea and upon pressing the start button, players are given a choice as to what era they wish to be playing in. 1560, being the earliest possible year to select will find players encompassed in a Caribbean that has had zero influence from any other oceanic power except Spain, but there really won’t be a terrible amount of piracy to commit as the other European powers really won’t have made their way to the ‘New World’ yet. However, by setting the game for the latest possible year, 1680, players will be astounded by the sheer amount of activity that is occurring in the game at any given time. 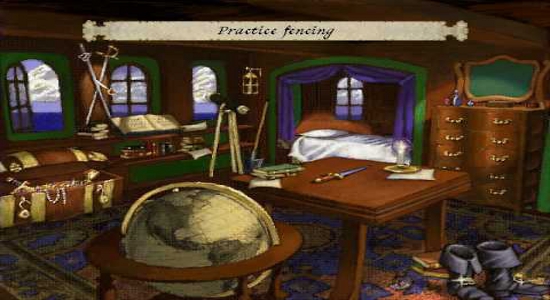 Essentially, regardless of what year is selected, it really only boils down the amount of Spanish influence in the overall regions along with the expansion of the late arriving powers to the territory. Nevertheless, whatever year you decide to select, without a doubt there will be a fun adventure waiting for any swashbuckler worth his salt and mettle.

Putting players through several different hoops, it never really feels constrictive as is any excellent Sid Meier game. Regardless of what you choose to do or who you choose to ally with from the beginning of your game, it is all really pretty open-ended. Not to the point of sandbox-style play as any GTA veterans would have come to expect, but enough that there is always something to do to the point that the gameplay never becomes repetitive, boring or unmemorable.

For every town or ship there is to attack, there are several other activities players can choose to engage in should the life at port become too dull for their tastes. Hunting pirates and seeking buried booty across the islands of the area is enough to keep any amateur player busy long enough to make them hopelessly addicted – keeping them coming back for more. But there is also the option to seek out long lost relatives, lay siege to ports or simply avoid any plundering whatsoever and amass a ridiculous amount of gold through legitimate trade. 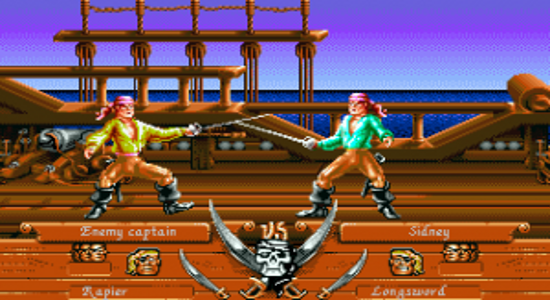 Despite having no preset ending for the game, circumstances within the gameplay will usually dictate when the adventure will finally be time to come to an end. For instance, as time goes on, it becomes exceedingly difficult to recruit new members into the crew of your ship and as your character ages; the game develops a slightly noticeable difficulty curve until it is practically unavoidably painful. Fighting becomes more difficult as your character ages until their deteriorating health finally places them in a position where there is no other option short of retirement.

Once retiring, based on various factors, the game will determine how you fulfilled out the rest of your life. Sure, it’s all well and good to amass a slew of wealth, land, rank and have a kick ass wife to see to you to the rest of your days as advisor to one of the four kings. But then again, you could always wind up as a beggar, jailed and poor only to wallow your life away wondering what always could have been.

Perhaps the coolest factor of the game, a Sid Meier mark of amazing, is the fact that the game is always completely random and constantly shifting. That’s right; it will never play twice as any Civ player will begrudgingly be aware of after seeing their first sunrise after playing all night. Political stability, pirate locales, cities and just about every factor that would have normally been static in a game of that era is pretty fluid. But, that malleability is what makes Pirates! so memorable as a game, because it never seems to repeat, giving it an almost permanent high level of replayability. Shiver me timbers! 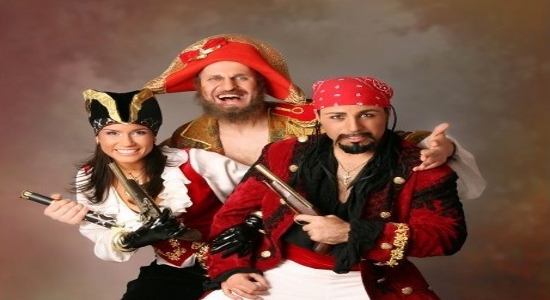 So, for those of you who would rather have your ninja masks, throwing stars and black pajamas, you can go ahead and keep’em – at least for the time being. Simply said, there is nothing quite like the breeze blowing in your hair or the apprehension of loading the cannons and preparing for a broadside. On the other hand, few things can ever beat a handful of booty, a cold mug of rum and a good wench at your side. And that, me hearties, is why it’s a pirates life for me.