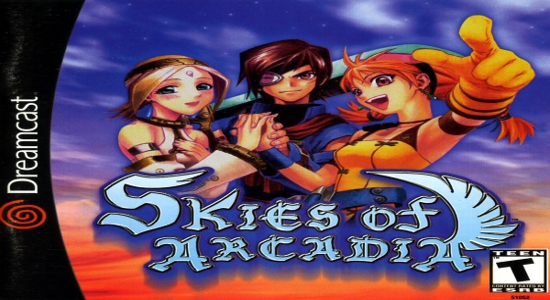 So, if it wasn’t already painfully clear that I have a wicked boner for Pirates, the idea of Piracy, the glorified image of Piracy and just about everything therein, you probably didn’t read my most recent Miscoded Confidence on Sid Meier’s Pirates! If such is the case, then sit on back you landlubber and prepare to set sail with an article the likes of which you’ve never read.

Pirates are just cool. Cool in a way that people these days have a difficult idea coming to terms with because the entire world, for the most part, has been mapped out. GPS systems are the norm and adventures usually take place within the safe confines of ‘excursions’ that more often than not occur during a run-of-the-mill resort visit to Cancun or some other tourist hotspot in Central America. Suffice to say; when it comes to adventure, the world has gotten kind of boring. 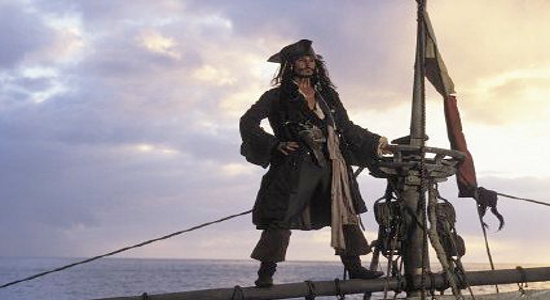 That is what makes the thought of Pirates so capable of shivering my timbers and weighin’ my anchor. Unbridled freedom and pure, uncut adventure is the most traditional sense of the word. Setting sail for a horizon that could lead to anything, anywhere and while fate might come in the form of piles of booty or at the end of a blade, it would be asinine to blithely state that anything about piracy really seemed boring. And seeing as when I was a kid, I wanted to be a Giraffe, Pirate and Astronaut – in that order – it becomes apparent pretty quickly why International Talk Like A Pirate Day means somewhat more to me than most.

That is what brings me to Pirates of the Caribbean: At World’s End. Not the movie that was so ridiculously contrived that by the end of it all (no pun intended) the only memorably thing that has remained is the joke between girlfriends, wives and wayward women the world over and men regarding something about ‘releasing the Kraken’, but the video game of the same name.

While I’m pretty sure no one in their right mind can ever happily expect anything good from a game that has been licensed from a film, it really stands to tradition that PotC: At World’s End met a similar fate and for good reason really, the game wasn’t fit to serve on any ship heading to the deep blue sea now or ever – it was pure tripe, ground and warm as the day it was pulled from the briny, foamy ocean.

Following just about everything that happened in the second and third movie in the Pirates of the Caribbean trilogy – if you’ve already seen either – the game will ultimately offer nothing for you in the way of new or remarkable material. You can visit locales like Tortuga, Shipwreck Cove, Port Royal and even the Black Pearl, all places that are never mentioned prior to the films, but play prominent roles in them despite being based off nothing more than a tourist attraction at Disney World – and not even the best ride there. 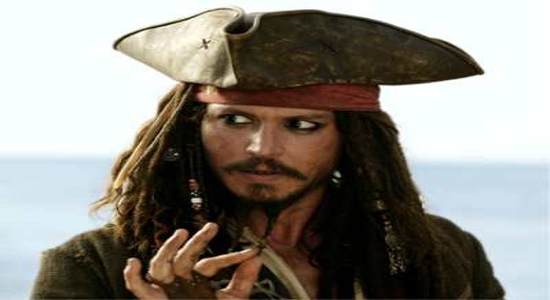 That’s pretty much the general synopsis of the game. The combat is clunky; the plot is contrived to the point that by the time you’ve played about twenty minutes of it, you’ll be wondering why the hell you even bothered in the first place and ultimately serves to do one thing and one thing only: Damage the cool reputation of pirates now and in the past. There can’t be any additional explanation for the publishing of such a terrible piece of garbage.

Thankfully, if we take a small stroll back and look at the works of a developer by the name of Overworks, we have something forever to be grateful for in the form of one of my personal favorite games ever – Skies of Arcadia.

Initially released in Japan under the title Eternal Arcadia, it arrived in North America under the title that Dreamcast, Sega and RPG fanatics know it as now – Skies of Arcadia – and since then, no one has really looked back.

While the gameplay was divided between various dungeons and a significantly larger overworld, it was the cohesive RPG elements combined with a slick battle system, both in character and ship-to-ship combat that has served to make the game as memorable as it is today. And let’s be honest, the only thing cooler than pirates sailing through the ocean are those who have taken to the sky. That’s right, if you’ve never played Skies of Arcadia, it’s about freakin’ damn awesome Sky Pirates. 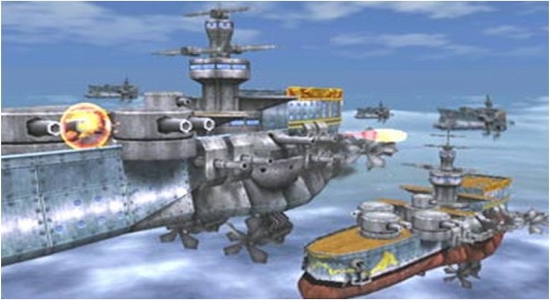 If that isn’t enough to drive you into convulsions of amazement, then you probably haven’t played this game, haven’t heard of it or could quite possibly just be allergic to cool things in general. You might want to visit sick bay and see the doctor about that, could be dangerous.

Nevertheless, the main characters and the epic storyline, which I’m loathe to spoil here are enough for some to have own a Dreamcast, let alone make sure they keep one just in case they have a hankering to play it. While a version was released for the GameCube, I being the purest I am can’t possible resist popping this game into my beloved DC to get my Sky Pirate on every once in a while. As is my credo this weekend, it really is a pirate’s life for me.

So while there isn’t necessarily a contemporary title that can really compete with the excellence that is Skies of Arcadia, it was an awesome opportunity to make fun of a crappy game that will never be near the exquisite quality of a game that has kept players coming back for more over the course of almost a decade. Despite other games coming out and newer titles being developed everyday, there is yet to be an experience that is capable of replacing the fun I’ve had playing through Skies of Arcadia. And yes, it is always enjoyable to find new, modern titles that can happily rest next to the classics we have come to know and love over the years, sometimes you just have to know when to default to the classics. 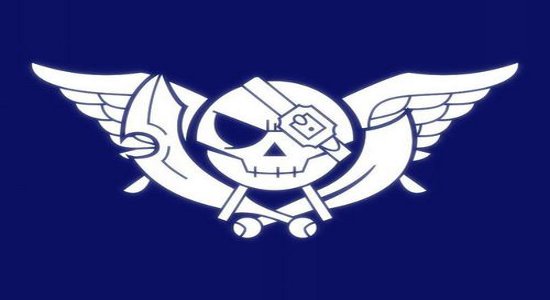 This is one of those times. Avast. 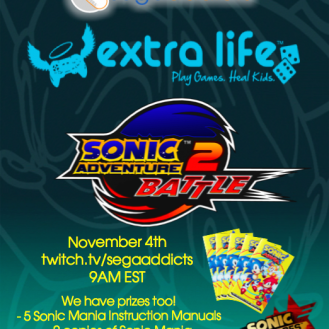