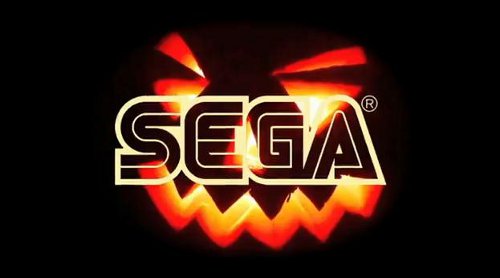 WAHAHAHAHAHAHA! Welcome, mortals to Stevie Grant’s “What we’ve been playing”. Today is the Halloween edition, and you know what that means! Creepy capers! Terrifying tricks! Horrifying hi-jinks! Scary sex crimes! And much much more! Wahahahahaha! Truly this is the most evil and creepy column of all! Well, not so evil, all I do is get the Sega Addicts to say what they’ve been playing… OOOOH SCARY!

So sit back, pull up a chair, pick up your favourite Goosebumps, or Animorphs book (those kid’s could turn into animals, come on that is pretty freaky) and enjoy this spooky Halloween instalment of ‘COUNT STEVIE GRANT’S SPOOKY HOUSE OF WHAT WE’VE BEEN PLAYING!’

Stevie ‘Monster Blood’ Grant- Top 10 Worst and Reviews of Games I Haven’t Played:
I’ll just start off by saying that I got 100% in Super Meat Boy! Fuck yeah, I feel amazing for this. Seriously this is a real achievement and makes me feel hard core. Great fucking game. Other then that, not much. I tried Sonic 4 again but got frustrated. I might not even go back to that because of how fucking bad the game is when you try to get all the emeralds. Ugh.

Alex ‘The Scarecrow Walks at Midnight’ Barbatsis- Writer of Retro Reviews and Freaky Fridays:
Typing of the Mother Lovin’ Dead. I’m so tired I just recorded a commentary for an episode of Goosebumps with a couple of sexy brahs on 5 1/2 sleep. I’m so tired I can’t think. HAPPY HALLOWEEN!

Brett ‘Night of the Living Dummy’ Hatfield- Community Manager and writer of Megadriving:
Since it was the game’s one year anniversary on Wednesday, I’ve played more Tekken 6 this week than in the past couple of weeks. A year later and I’m still head over heels for it, which is a rarity for me. That’s how damn good this game is. Also got back into playing BlazBlue again. Trying to complete story mode is such a pain, what with having to repeat so many things just for a slightly changed scene. Never liked that kinda thing… And I’m still on my Pokémon Heart Gold kick as well, since I can finally go online with my DS.

Andrew ‘Say Cheese and Die’ Galbraith- Writer of Contemporary Alternatives and Miscoded Confidence:
This week I’m playing a lot of World of Warcraft for the seasonal Halloween quests as well as some Sonic 4 so I can either write a cohesive review on it or simply learn to enjoy the fact that the game is slowly but surely breaking my heart. In the meantime, I’m going to be playing everyone’s favorite game, “Can I survive Halloween in New Orleans?”, so we’ll have to see. Someone out there wish me luck and Happy Halloween Addicts!

Pat ‘The Haunted Mask’ Reddick- Community Manager and writer of Forum News and Not-so Classics:
Halloween in New Orleans? Someone’s going to have an interesting weekend.

This week I’ve actually been able to play games for once, so I didn’t waste any time. I’ve been playing Super Meat Boy like mad because that game is awesome. It’s one of those games that you can’t play if you have something else to do that day because chances are you will be so enthralled in SMB that you will completely forget or stop caring about whatever it was you have to do. Next, I made an impulse buy and picked up Ikaruga. Dear lord that game is difficult, but also extremely fun, especially when you figure out all the mechanics. With that I wish you a Happy Halloween, Sega-addicts.

Matthew ‘Stay out of the Basement’ Jay- Writer of 10 Things That Aren’t Sonic and Radvertisements:
For Halloween I played about 15 minutes of Resident Evil: Code Veronica on the Dreamcast before I died and ragequitted. I’ve been pretty busy lately so most of my gaming has involved my Gameboy Pocket, Tetris and pooping.

But I’ve been reading Live From New York. It’s an oral history of Saturday Night Live and it’s very fascinating. But not a game.

Josh ‘Be Careful what you Wish For’ Newey- Writer of With Great Power Comes Great Games and Underappreciated Gems:
I’ve been playing bits and pieces of Vanquish on God Hard mode. It doesn’t really work, since the best parts of the game (charging enemies) is near impossible when the front is so impenetrable. I’ve also been fiddling around with some of my favorite horror games in honor of the season. I played a few minutes of Dead Space (just as awesome as I remembered it), a few minutes of Resident Evil 2 (Godawful controls, but nostalgia overload), and a bit of Silent Hill Shattered Memories (best SH since 2).

Alexander ‘Calling all Creeps!’ Sargeant- Writer of Retro Reviews:
Aside from those obvious few, I’ve been enjoying Deadly Premonition as It finally came out this week, the same day as Rock Band 3 and Fable 3. The publishers are ballsy if nothing else. Such a bloody strange game, it feels like a Simple 2000 game that was never released on the PS2. GTA style conversations while driving, except there’s no one in the car but the main character and he’s talking to me the player as if we once watched Attack of the Killer Tomatoes together and John Hughes Comedies? Yes, that’s how I’d like to enjoy my day. Thank you very much.

Also Bloody Good Time on XBLA, which is actually a re-imagining of The Ship, the old Steam murder mystery game. It’s only 400 points and it’s really pretty damn good. The idea is that you have a target to kill and someone else has you as their target. You can only kill your target once though, so to maximise it you need to really milk the kill. That means using the most requested weapon from the director, boasting in front of them before killing them and laughing it up after their death.Of course botching a kill makes the rest of the game impossible, because your target can kill you each and every time you try to get them, but luckily there are plenty of safer ways to take them out secretly like using environmental traps. Those wont get you nearly as many points though. You also need to do it away from the eyes of the security guards. It also appears to be in the source engine, so for 400 points you get a really nice looking incredibly clever multi-player murder puzzler. Which is a pretty good deal.

Tom ‘The Beast from the East’ Kyzivat- Artist and Podcast Co-host:
Even though I’m extra SPOOOOOKY this week I’m still lame and only played Sonic Jam. This time I rocked Sonic & Knuckles (as Knuckles). And now I’m boring myself.

Kris ‘Why I’m Afraid of Bees’ Knigge- Reviewer and Podcast Co-host:
Lords of Shadow pleases me by being very Castlevania and not Castlevania at all simultaneously. Aside from that, I haven’t played too much aside from Sonic 4. It’s been a busy week!

Alex ‘Welcome to Dead House’ Riggen- Editor in Chief and Podcast Host:
It may not be Sega related but I can not stop playing Fallout: New Vegas. Even with the amount of bugs and glitches in the game its still a more entertaining game than Fallout 3 was and I loved Fallout 3. The amount of content in the game is unbelievable and I’ve been playing for two weeks and still haven’t set foot in New Vegas. Obsidian has done an amazing job with the game and it makes me really curious about what their Aliens RPG could have been.

I’ve also played a minuscule amount of Chu Chu Rocket on the iPhone. It’s a really good port and the new touch screen controls make navigating a little easier than a controller. I wish I was playing on an iPad though as the size of the iPhone screen can make it hard to really pinpoint where you want to place an arrow. It’s still nice to see Sega developing games for the iPhone platform rather than just running an emulator.

OOOOOOOOH! Well that was a chilling article, huh? Scared you to the bone did it? Well that’s not all because the call was coming from inside the house! What a twist! Run away! Run for your life! But tell me what you’ve been playing in the comments before you do! OOOOOOOOOOOOOOOOOOOOOOOOOOOOOOOOOOH SCARY!

Well that was it for this week. Hope you enjoyed the terrifying treats and tricks, and I’ll see you next week for a considerably less SPOOOOooOOOooOOOoOOOOoOOOooooooOOOOOOOOoOOOOooOOoOooooKY instalment of this column. Sleep tight! WAHAAHAHAAHAHAHAHAHAHAHAHAHA!