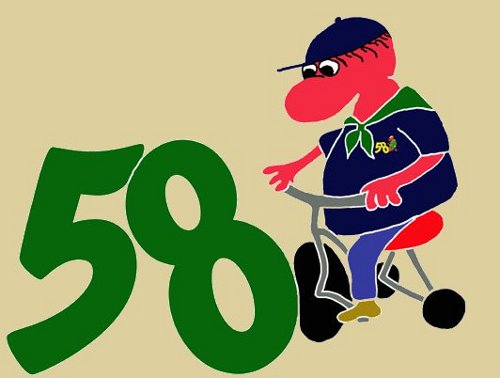 I have no idea what this is. If you do, tell me in the comments and something good will come to you, probably.

Hello once again, Sega-addicts. It’s Wednesday, which means its time for Forum News. I’m impressed with the amount of activity we’ve been having lately and I’m glad to see that a lot of you seem to be sticking around in there. It’s getting really awesome in there, so if you haven’t joined the forum now would be a great time to do that.  For the rest of you, hit that more button and read on.

So lets see how we did on the challenges:

Well, I really wasn’t expecting that second one to be completed, so screw it, I’ll give this one to us. In light of this accomplishment I’ll also raise the number to 3 challenges.

In the Podcast section it was all about podcasts this week. No shit, eh? The Episode 37: Splatterhouse thread stayed fairly popular until the Episode 38: Jet Set Radio thread came out. You can view the thread to see the full amount of unnecessary “o”s affixed to the end of that title. Speaking of longevity and unnecessary letters the Sega-Addicts Writers Wroom thread is still as alive as ever. It seems to contain some fun speculation about the next episode of the ‘cast. I speculate the cast will listen to it before posting it, hang their heads in shame and pretend like nothing happened, but others seem to be talking about a sequel. I for one am going to keep checking that thread.

Elsewhere in the Sega games section the discussion was centered almost entirely around the Yakuza series in the Yakuza 3 thread. Expect that to continue with all this talk of release dates for Yakuza Of The End. On the non-Sega side of things discussion was focused on Epic Mickey and Tekken. The Epic Mickey discussion seems to be largely negative feedback, which is upsetting because it was a game that a lot of people were looking forward to. I’d love to hear someone say something nice about the game, but that is yet to happen. Tekken on the other hand is being raved about, as per usual. It’s a running joke around here how much Saiyavenger loves that game, and clearly he’s not alone in that. On a side note if you follow those links you might notice the Tekken thread is thread 58 and the Epic Mickey thread is number 358. Pretty neat, eh?

This is from the movie apparently. This is what you like, right Brett?

The Bananas and Pepsi Max and Music/Movies/Books/Comics/Stuff (damn, thats a pain to type) sections were both kind of quiet this week. In Bananas discussion was still all about our Favourtie Spin-off Sodas. Evidently the Sega-addicts community is comprised largely of Spin-off Soda-addicts as well. This thread’s been kicking it strong since October, and even during that period when I was sick and the forums were getting quiet this thread managed to stay alive. In the Media section another classic thread was kept going: the Rate the Last Movie You Saw thread. The Horror thread had a good amount of action as well. The discussion in there was actually very interesting: creepy folklore and urban legends. I have a feeling this one is going to be around for a while too.

Finally the Bar section saw a huge amount of action. The Bar thread was the busiest it’s been in a long time. The topic was butts, butts and more butts. Yeah, it’s worth a minute to check it out. Stevie’s Forum had a little action, it had to do with Dr. Robotnik and pingas. Again, the more esoteric I leave these topics the better the surprise will be. By the way that thread is very very NSFW. The Desktop Derby thread saw a few new desktops added to the collection. Get yours in there today! Finally HATS! saw a couple updates as well, specifically myself looking grimy and Manic Maverick looking suave as hell.

For the love of God, do NOT ask this man about butts.

That brings me to this week’s challenges. As promised there are 3:

Not that hard of a list really. I bet we can do it, Sega-addicts; I believe in us. Have a great week, I’ll see you in the forums.

Forum News: This week so crazy