Hello readers! Did you miss me? Take Cover is back for another week of talking smack on bad covers! This week the Sega Saturn has it’s turn. I don’t want to spoil anything, but some of the worst covers I’ve ever seen are in this weeks edition. So buckle up and hit the jump to see the 10 Worst Sega Saturn Covers! 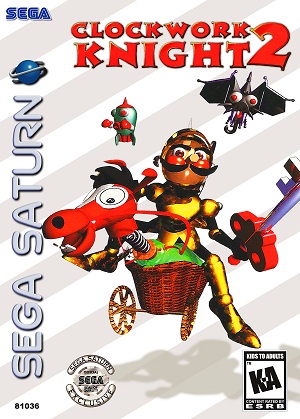 10. Clockwork Knight 2
What is he doing to that horse? Whatever it is it makes me feel dirty looking at it. Look at that face, I’ve seen mugshots with less terrifying gazes before. In his defense he does have a pretty sweet moustache. 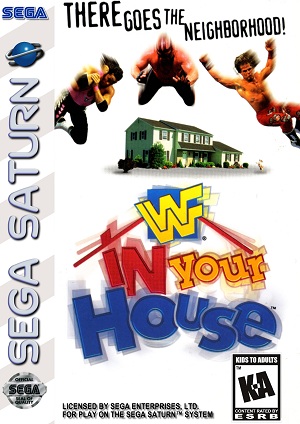 9. WWF In Your House
This must have been made the second photoshop came out. I’ve seen high school computer art class projects that looked better than this. I literally could make this in 3 minutes. I sort of wish I had whoever made this covers job. That way I could get paid to do nothing. 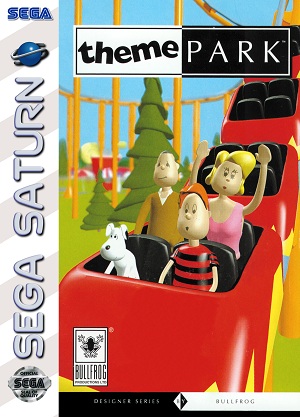 8. Theme Park
When did roller coasters get so boring? At least the woman is trying to enjoy herself. And when did they start letting dogs ride roller coasters? Why would they make a cover about a theme park with people who look like they are hating their lives. Look at the EU version of this, it’s perfect.

A bunch of screaming people on a ride is all you need. Instead we got some candy corn headed dweebs and a dog. 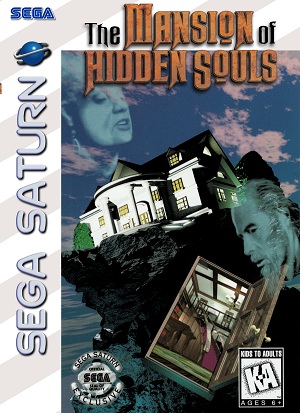 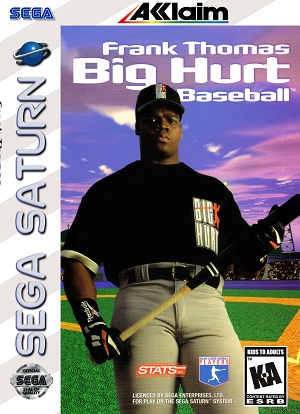 6. Frank Thomas Big Hurt Baseball
Here at Take Cover I always ignore sports game covers. They are all the same and not worth my time. This one however caught me eye. Look how far his pants are pulled up? That has to be over the belly button. If your pants are over the belly button holding a bat won’t make you look cool, nothing will. Change the name from Big Hurt to Big Doofus and maybe it will be accurate. 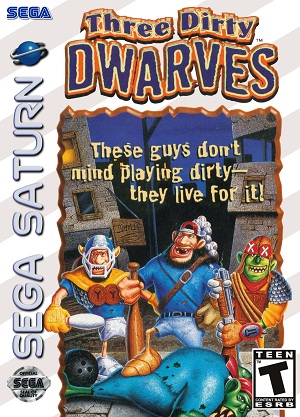 5. Three Dirty Dwarves
For three guys who live for playing dirty, they are all pretty clean. Also, a green dwarf? That’s a troll in my book, not a dwarf. Is that guy on the left holding a bowling pin? I’ve seen kids in Halloween costumes look more intimidating than this. Two redneck dwarves and one special ed troll is more like it. 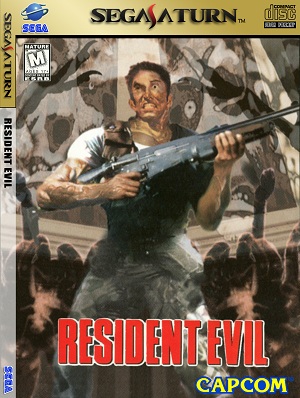 4. Resident Evil
What’s wrong with this guys eyes? He looks fucking insane. Also, what the hell is going on in the background? Are those tarantula legs or something? If someone knows please tell me because I sure as hell don’t. No zombies on the cover of a Resident Evil game is also a fail in my book. 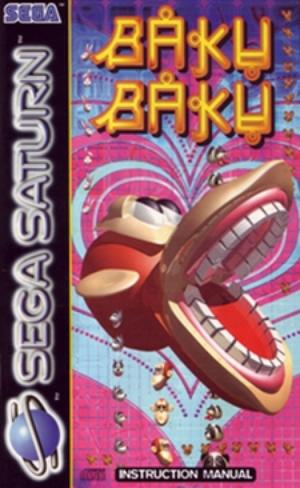 3. Baku Baku
Uh…… what the fuck is that? I think it’s a monkey, but damn is it ugly. Things like this give me nightmares. Who was making this and thought they were doing a good job? Who cleared this as the cover to the game? I have so many questions to ask the guy who made this. Mainly how he can sleep at night, knowing that this came out of his brain. 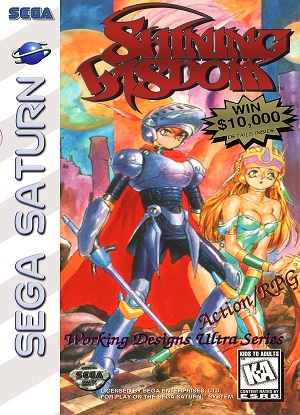 2.Shining Wisdom
Why do people smear their covers in a ton of unnecessary bullshit? If 30% of your screen is obscured by things that could just have easily been placed on the back, you’re doing it wrong. Also, I would love to win $10,000. Does anyone know how the contest worked? It would be sweet if someone had the game and could tell us in the comments. The saturation of the colors here pisses me off as well. It’s just too damn colorful. 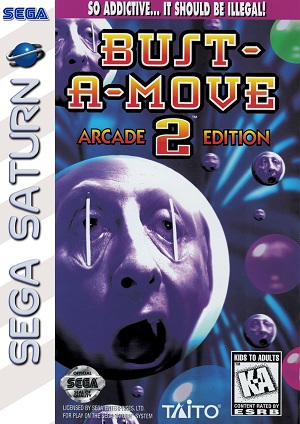 1. Bust-A-Move 2
I’ve been doing Take Cover for awhile now. I’ve seen a lot of terrible covers, but nothing tops this. I think this could be the single worst game cover ever. What are they doing to this poor guy? It looks like someone jabbed toothpicks over Moby’s eyes and told him to yawn. I’ve played Bust-A-move, when did this shit happen? I have a feeling this kind of picture is illegal in some countries.

Oh Sega Saturn, I love so much about you. Except these covers. Also if anyone has a copy of Shining Wisdom and can shed some light on the contest, that would rule. There will be a reward for those of you who need incentive other than making me happy.

Make sure to come back next week to check out the 10 worst Dreamcast covers. Also, don’t forget to join our forums and hop into the Crappy Sega Box Art thread.

Get Panzer Dragoon re-released on GOG