Kind of boring header, but it makes it's point.

Sega-addicts, it’s been a while. As you might have guessed, with the return of our forums comes the return of Forum News. Since the new forums are so spectacular I think it’s only fair that the new Forum News is equally spectacular. If you haven’t joined or re-joined, what are you waiting for? Join right now! There are all kinds of neat topics in there right now, and this time we even have badges! Hit the jump to get up-to-date on the newest and most exciting topics.

Before you do anything else you should jump into our Introductions board and introduce yourself and meet other new users. For obvious reasons this board has had a ton of new topics in it recently. I won’t go through them all, but you can find most of the Sega-addicts staff in there, as well as several users. If you used the old forums you can tell that most users seem to be using the same usernames as last time. I personally switched from PatSexual to the more mature and safe-for-work name ThisIsMeRelaxing.

The next place you’ll likely want to go would be The Forum board to read our short list of rules and claim any badges you feel you are entitled to. Don’t be intimidated by the rules, they’re actually not that Draconian. The policy seems to be keep it clean so we don’t get evicted, and keep it an open environment for everyone to feel safe and respected; pretty standard stuff really. The badges are also pretty standard, and you might be surprised at how many you already qualify for simply on the basis of how addicted to Sega you are. If you own Sega hardware, chances are you already have a few badges waiting for you. 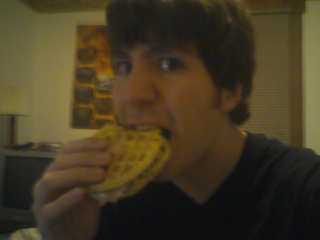 Double Down Desert! You know what that means...

Once you introduce yourself and know the rules it’s time to start posting! The Podcast board and Food Addicts sub-board are where you can talk about, well, the podcast and food. The weekly podcast thread makes a return with the Episode 56 thread. Want to share your favourite moment from a podcast from the past? Well we have just the thread for you. There has been some great nostalgia in there already. Can you have nostalgia for something that’s only 1 year old? Whatever. Next up is the esoteric Sega-Addicts Kids Table thread. Whatever it is it’s going to be awesome apparently. I look forward to it! Before we get too far away from nostalgia, do you remember Manic Maverick’s Double Down Dessert from last summer? Well it too has made a return, and it’s time for you to add your own spin on it with the The Holy Mixture thread. Combine food you love, consume it, and show us how it’s done.  For those who love breakfast food (basically everyone) we now have a thread just for you, so get in there and discuss breakfast already! If you’re a fan of the Food Addicts spin-off podcast we also have you covered with a thread in which you can voice your opinion.

Remember the old forums where the Podcast board was also the de facto home of all the website threads, even if they had nothing to do with a podcast? Well that is no more as we now have a section devoted simply to the website. This board sees the return of the Contest thread, so if you’ve ever won anything from us, tell us about it! Doing so will also grant you a badge, so there’s really no reason not to. You can also become up-to-date on some of the site’s most popular features. Writer Josh Newey (in the forums he is SpunkyLoveChild) has been particularly diligent in making his content accessible from the forums. You can get up to date on his series The Sounds of Sega, as well as The 20 Days of Sonic, and finally the 24-hour Sonic-a-thon. After this goes up you can expect a Forum News thread shortly as well.

Lots of Sonic in there, not so much of the other two though.

If you used the old forums you know that one of the most popular boards was the Bar. Even during the forum’s low periods The Bar seemed bustling. Even if you’re new to our forums but you’ve used a forum elsewhere on the Internet you might know about how popular The Bar can get. Well you may be quite happy to hear that two of the most popular threads have made their return: The Bar and Stevie’s Forum. Both are full of the Sega-addict brand of glorious non-sense that you know and love. Stevie’s Forum is also full of Goosebumps discussion. There’s also a thread devoted to reading what people write in their voice. Freaky.

But hey, this is a video game site, right? What about video games? Well, we have you covered. Both the Sega Gaming and Non-Sega Gaming boards have made their return. Though naturally Non-Sega Gaming has been way less popular with only one thread about games people have been playing recently, and another about horror games. As for Sega gaming there was a lot more action going on. I’m just going to skim over it because there is so much, but it’s really worth checking out a few of these threads. There is a thread for you if you have played the Sonic Generations demo, own a Sega CD, or own Sega Merch. We also want to know your opinion on which games levels you want to see in Sonic Generations and which old franchise you want to see more of. Also, check out some cool images of Sonic! Just before I was about to post this I noticed another thread go up, this time about Captain America. 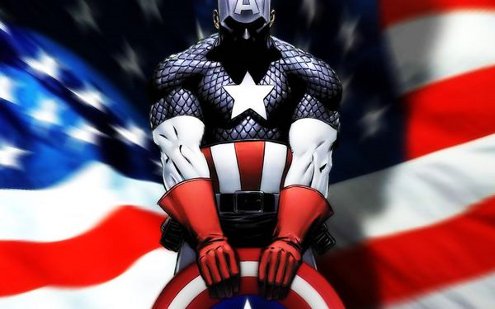 I'll give Captain America an image since he's new.

While we’re on the topic of images of things, you might be interested in our new Creativity board. In the old forums we only had a disorganized thread, but now we have a whole board! The reaction has been incredible. There are fan-art threads for Sega franchises, and for Sega-addicts itself! How cool is that? It gets better: drawing Sega-addicts fan art qualifies you for a badge! Forum user ninjajosh has also posted a ton of his own creative works including a video he made in honour of the 24-hour Sonic-a-thon, as well as a remix he made of a sample from the podcast. If that’s not enough, there’s also a thread devoted to a comic that forum user Stoolball created at the tender age of 13. If you’re more of a wordsmith, that is also fine, as we now have a thread devoted to the written word as well. Right now we have a ton of poetry in there, one about coffee, several about Sega stuff, one about Shaq!

Finally, there is the entertainment section, which in the old forums went by Music/Movies/Books/Comics/Stuff. This time around it is merely known as Entertainment, but the concept is basically the same. The posts within the board, though there are only three so far, have proved to be as diverse as last time. Go ahead and tell us what you’re listening to right now, or what you’re watching on Netflix/Hulu. Or discuss the Sonic animated show(s) and the new fanfilm.

Now you may remember the Forum Challenges I did as part of Forum News in the past. I plan on bringing those back eventually, but I’m going to hold off on those for right now. I’d like to see the forums grow a little bit before I start making everyone do a bunch of silly things merely for my own personal pleasure. Plus, the whole badge thing kind of takes the place of the challenges. I’ll keep you posted on what I decide to do with the challenges. For now, I hope to see you in the forums.