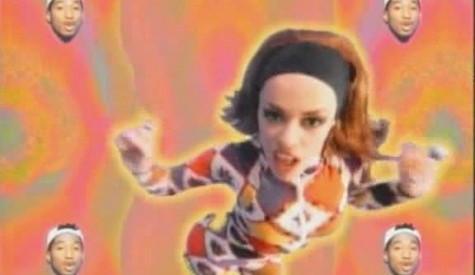 Have our time differences utterly confused you yet?  I know I’m confused. I have a good excuse, though. I’m playing Dreamcast games at all hours of the night. What are you doing?

Staggering these updates has proven very helpful with getting some real sessions in with some of these games.  I was especially excited to get a couple hours in with Space Channel 5.  ninjajosh was curious to see just how far I could get, and I just wanted to let him know that I managed to get to the third stage with an hour.  I usually get pretty irritated with rhythm games, and I remember Space Channel 5 losing my interest in the past, but having an impetus like this kept me pushing through, and I actually found myself having quite a bit of fun.  I love the mixture of rhythm and shooting.  I found myself fantasizing about a violent bloodbath shooter mixed with rhythm gameplay.  Gears of Channel 5. Can you imagine?

Anyway, ninjajosh, I highly recommend you keep pushing through Space Channel 5. It gets visually insane, so much so that they actually warn that you should play that stage in low lighting so as not to induce seizure. No joke.  Still, it’s gorgeous, even today. I felt like I was playing that “Groove is in the Heart” music video.  Terrifying.

After I was killed off by some giant alien thing, I put Space Channel 5 down and picked up Ikaruga for awhile. I’m generally terrible at most shmups, but even I can’t deny the brilliance of a game like Ikaruga.  It’s so satisfying to tweak my reaction time with each playthrough, allowing me to advance bit by bit. If I ever get to the third or fourth stage, the feeling of triumph will be incredible.

Next, I will pick up an exciting little game called Cannon Spike, followed by an even better one called Typing of the Dead.  Can’t wait.

Have yet another look at gaming urinals

So, how many Sega games sold more than a million units on the Wii?