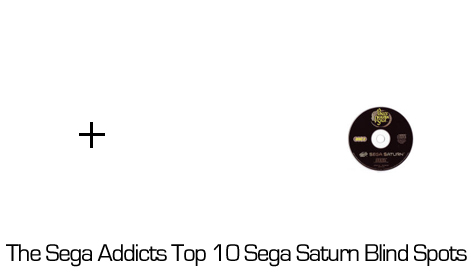 You’re first question might be, “What is a Blind Spot, dear Sega Addicts?”

“Well,” I would say. “A Blind Spot is a game from the past that has some sort of famous reputation, in which, we have not played and sort of wish we had.”

“Oh, I get it,” you exclaim with delight. “So, all these games on this list are Sega Saturn games none of the Sega Addicts have played?”

“No, not exactly,” I state while gently sliding off my winter jacket as I come in the door. “The way this list works is all the staff voted for games they never played but wished they had. So, while some of us have played many of the games on this list there are quite a few of us who haven’t. It’s kind of a general overview of our staff’s experience with the Saturn library.”

“That sounds really interesting. I suppose I’ll have to hit the jump to find out more?” 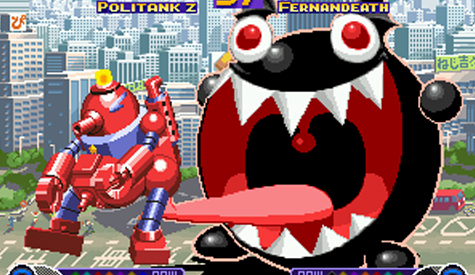 Mike Kyzivat: The Saturn was a fighting game holy land both before and after it stopped production in the US. It was the only system that could give you arcade perfect translations of X-Men vs Street fighter and its sequel, Cyberbots, and Darkstalkers. Waku Waku 7 had always interested me, ever since I saw screen shots of it in my die hard import game ads. it was very colorful and had interesting characters and it was a fighting game which, most of the time, was all I needed to know to want to buy it. One of the road blocks to owning it was the price tag, since it was japan only it was pretty expensive (I think around 70 to 80 bucks) and the fact that there were so many other import games for the Saturn that I had to have, they just came first and by the time I could afford Waku Waku 7, it was on to the Dreamcast era. But I wouldn’t mind going a round with anyone in that game today. 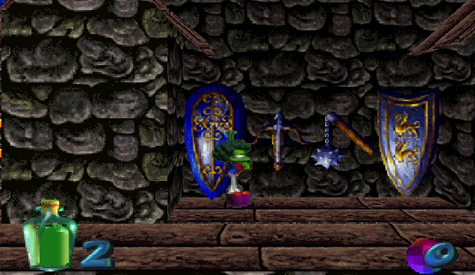 Sven Wohl: Around the time the Sega Saturn came around, there was a huge amount of experimentation on how to bring platform games to the third dimension. Bug! took its time to catch my attention: I first shrugged it off as being yet another platform mascot game that failed. Then I noticed there was a second game and they even look a bit like Crash Bandicoot, so now I have to buy it as soon as I see them. My only hope is that they don’t suck. 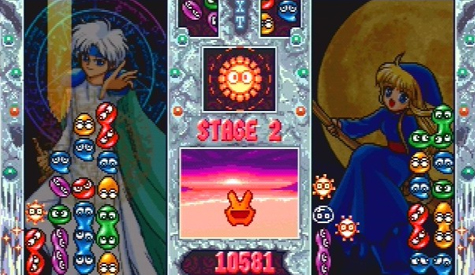 Tom Kyzivat: Puzzle games have never been my favorite genre, but I do enjoy them. All we really had on Saturn was Baku Baku, and after our episode of Sega Addicts where Topher professed his love for the Puyo Puyo series, I’ve been wanting to give it a try! Sounds like a pretty solid game, despite the fact that its formula, by now, has been used to death. But hey, a solid game is still a solid game, even if the market’s been saturated. 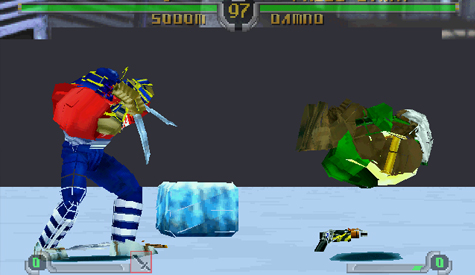 Mike Kyzivat: Well it’s got Final Fight in the title and it’s a fighting game, what more would a little chubby fan boy want in the 90’s? maybe a U.S. release, that would have been nice. Actually I didn’t know about this game until long after the Saturn’s death in the US. But I’m sure if it had been released in the US, when the Saturn was still breathing I would have bought it. I bought Battle Monsters after all. Looking at it now I’m kinda glad I didn’t get it, but there is part of me that would want to play around with it just to see how each of the characters is represented, and to see their special moves. Plus, what other fighting game will let you play as a transsexual? 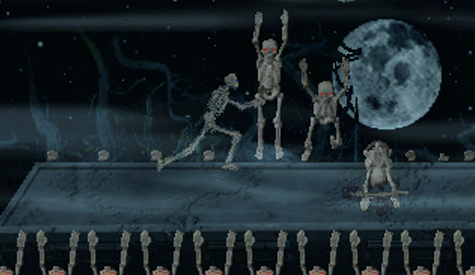 Alex Riggen: So, there’s this mad philosopher who plays a set of drums powered by science and alchemy so that he can raise the dead and spread evil everywhere. Unfortunately for him, one of the skeletons that gets raised is a good skeleton and plays a guitar or something, I guess. If the story doesn’t interest you enough the gameplay sounds just as amazing with each level having entirely different gameplay than the last. Add to that incredibly campy live-action cutscenes and you have a game I would love to get my hands on. Really the only reason I’ve never played it is I only found out about the game recently and it’s instantly been put on my must-have list. Hopefully, I have a chance to play the game soon. 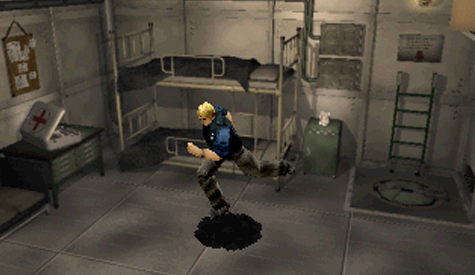 Sven Wohl: Ever since I saw the small review in one of the videogame magazines I read during those days, I was intrigued by this game. I was a huge Resident Evil fan at the time and any game like it immediately caught my attention. To this day, I want to play it, if only to witness the terrible voice action first hand. On the other hand, I really want to see what Sega came up with in order to establish its very own Horror-Survival franchise. 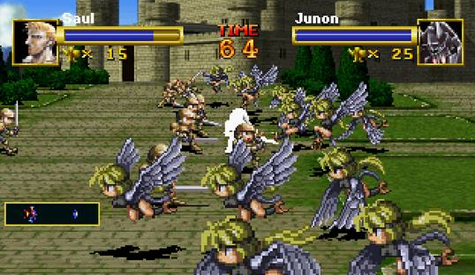 Pat Reddick: I’ve never owned a Saturn and therefore I’ve missed out on a lot of great games including this one, the 111th best game of it’s time according to EGM. I’ve never been known for my interest in RTS games, so it really says something about this game that it managed to find a place on my radar. The game can handle hundreds of sprites at a time on the screen, the overworld unfolds in real time, the map is huge, and there are 6 different stories to discover right off the bat and two more are unlocked when you beat the game; how’s that for replayability? Dragon Force does the Strategy RPG thing in its own unique and interesting way, which apparently few SRPGs to this day manage to do as effectively. What I’ve heard of this game reminds me in many ways of Total War: Shogun 2, an RTS game I loved, so I can’t help but wish that I could somehow, someday, play this game as well. 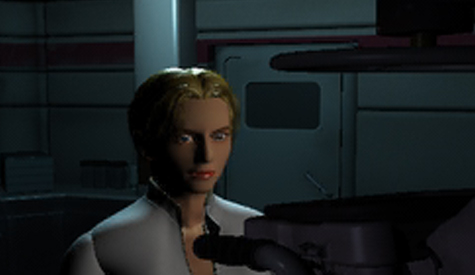 Josh Newey: I make no secret of the fact that horror is my favorite genre in just about any form of media. It should come as no surprise then that Enemy Zero, a first person horror title developed by WARP, the now-defunct creators of the underappreciated D-series, is a game that I have been fawning over ever since I first got my hands on everyone’s favorite planet-themed console. Now, I am well aware that this game is generally considered to be pretty terrible, but from everything I’ve read, heard and watched, there’s a whole lot for someone like me to love. There’s the first person exploration similar to D, the unique, the Illbleed-style gameplay that has you looking for invisible creatures with nothing but a shifting tone as your guide, the tension-building guns that force the player to charge their shots strategically, the near constant references to the Aliens franchise… Oh and did I mention that Fumito Ueda, famed director of Ico and Shadow of the Colossus worked as an animator on the game? Ok, what fiery, blood-soaked soul-damning devil’s contract do I have to sign to get a copy of this freakin’ game? 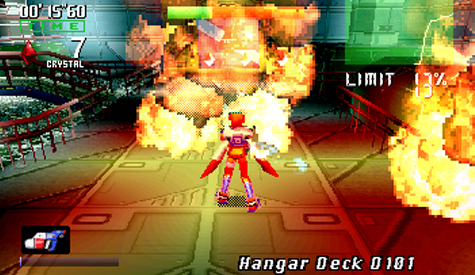 Scott Morrison: Burning Rangers interested me initially for one reason: it was created by Yuki Naka and Sonic Team. After falling in love with Night into Dreams, I was determined to own or at least play every game made by Sonic Team. My Sonic the Hedgehog collection was already growing, and I was ready to branch into Sonic Team’s other creations. Ironically enough, I stumbled across Burning Rangers as an import in a local EB Games before I even knew who Yuji Naka was (I was young and ignorant), but neglected to purchase the game since it looked unappealing. Oh how I regret that decision.

Burning Rangers is a glorified sci-fi firefighting simulator that mixes action/adventure, search and rescue, and anime. The game is in full 3D and you play as a team of futuristic firemen running through buildings to rescue civilians. As the firefighter, you are equipped with a fire extinguisher that actually works more like a laser. The game is short itself, but like NiGHTS into Dreams, it has incredible replay value with a level randomizer unlocked after one play through.

My main reason for never playing this game is due to the ridiculous price it fetches. I have seen the American game go for anywhere between $50-$100, while the Japanese version is as cheap as $20, but unfortunately I do not own a Japanese Sega Saturn. Do I really want to pay $100 for a Sonic Team adventure game released on my favorite Sega system? Yes! Can I do that responsibly? No way. Until I manipulate my US Saturn, or import a system, I will continue to cry while watching YouTube gameplay videos of Burning Rangers. 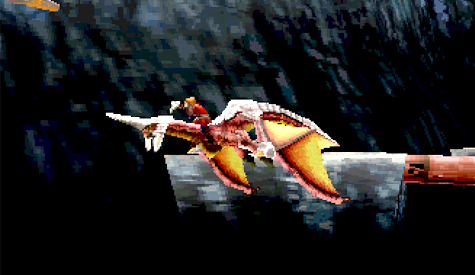 Flake: Panzer Dragoon Saga was that RPG that everyone knew about but no one had ever played. It was always there in the back of Tips and Tricks magazine or you would have that weirdo ranting about it on message boards. From what I read about Panzer Dragoon Saga, I knew that it had an epic story, great music and incredible graphics. There was just no opportunity for me to play it.

Nowadays I cannot stand JRPG’s. They are too formulaic. Too slow paced. Conceivably, I have the means to get a copy of the game now – but I am afraid that the gamer I am today would not be able to see what made the game so amazing in 1998. I would rather remember the intrigue of the game I always wanted to play.