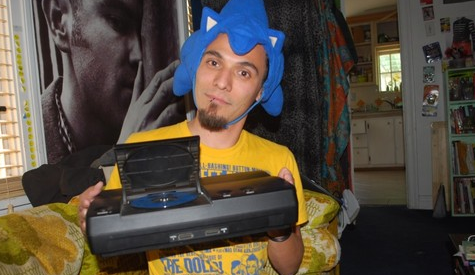 “One man’s trash is another man’s treasure”, goes the old adage. This is certainly the case for Sega Pluto owner Roger Vega a.k.a. Kidvid666. His $1 purchase of the rare, prototype console at a flea market has put him in the focus of retro gaming enthusiasts around the globe. Of course, it was only until recently that Roger realized the significance of his special Sega Saturn variant, and as a result Roger looks set to make a tidy profit following the ending of his eBay auction.

We got in touch with Roger to learn more about his amazing story and to find out about the man behind the Sega Pluto. Hit the jump to read Sega Addict’s interview with Roger Vega!

How does it feel to have the gaming community focusing on you and your console?

It’s been pretty rad, I’ve been enjoying reading articles and comments from around the globe. Also, I’ve had the pleasure of talking to a slew of like minded gamers. It’s been an honor really.

How do you like the name “Sega Pluto”? Do you think it fits well?

I think it’s an awesome name, I didn’t know there was such a long line of various Sega consoles representing the planets. I’m just happy I could help put it back on the map!

When and where were you when you found the Pluto and who did you buy it from?

I was in Stockton, California at a flea market several years ago. I bought it from a guy who was selling a bunch of junk, and he thought it was a VCR, so I was able to haggle him down to 1$ from 5$ because the lid was broken.

What were your initial impressions of the Sega Pluto?

I thought it was pretty dope, I just remember carrying around this behemoth of a Sega console around the flea market just wondering what it was but had no idea what it was initially. 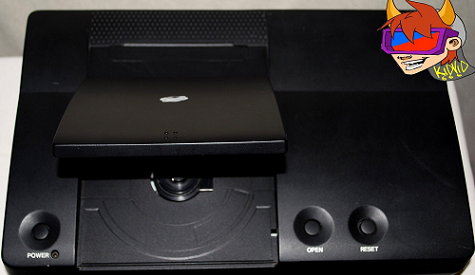 Did you ever try to find out more about your peculiar purchase?

I had attempted several times to do research on what I had, but there was no information to be found. I also had someone tell me it was a “knock-off” Japanese Sega Saturn. I had tried Japanese games in it and they didn’t work, so I thought it didn’t work and it continued to sit in my collection.

What were your thoughts as your realized the significance of your special Sega Saturn?

I was just excited to finally find out what it was, it’s been sitting in my collection all these years with no answers. I responded to the article with a picture and a comment saying that I had one, and it took off from there.

What were your reasons for ending the Game Gavel auction and switching to eBay?

My reasoning was that there were only three bids and I felt that it alienated other people from bidding because the bid shot up so quickly, and eBay is allowing more people to get in on the action.

Did you have to fight the temptation to keep your Sega Pluto?

Yes and no, because I think it’s really cool to have such a rare piece. But it’s been sitting in my collection this long, and I would rather have it go to someone who can utilize it and give it a happy home.

I have to ask: What are your plans for the money once the auction ends?

The money is going to my parents, if it wasn’t for them I would be where I am or having the collection I do. I feel very fortunate that I can help them now and give back what they have given to me. My mom has been taking me to thrift stores and flea markets since I was very young, and I am more than happy to help them.

Right now you’re known as Roger Vega: That guy who owns a Sega Pluto. But what can you tell us about Roger Vega the retro game collector?
I feel like I’m just an average guy who likes to collect and has a passion for gaming, and I just happened to stumble upon this rare piece of Sega history.

Got any other gaming rarities you’re particularly proud of?

What is your favourite console and why?

Probably the Nintendo Virtual Boy, because it’s awesome and it never got the time of day that it deserved. 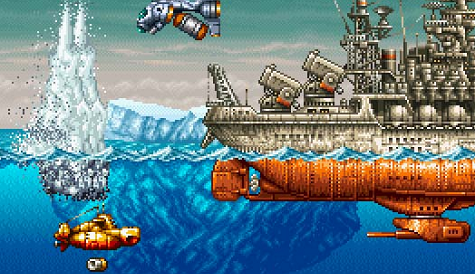 Favourite Sega Saturn game and why?

Top five games to be stuck on a desert island with?

Where should our readers go to find out more about you?

We’d like to thank Roger for taking the time out to answer our questions and wish him the best of luck with his eBay auction (although we doubt he’ll need it!).

Online Co-Op coming to Typing of the Dead: Overkill

Sonic Generations and others get new screens for Tokyo Game Show