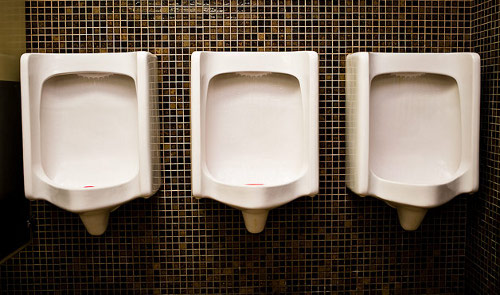 Not Pictured: Pissing with Sega

A while ago now I posted a story about a wacky Japanese urinal made by Sega. The game was playable by pissing which obviously made it too weird and crazy for us silly Westerners. Or was it?

After trail runs in Cambridge (which saw Corona beer sales rise by 47 percent) a gaming urinal has now been ported to The Exhibit Bar in Balham, South London. The company has seen success with this game is is going to distribute this specail urinal across the UK in 2012. While Sega hasn’t made this urinal, they did start the idea in Japan. So do you think Sega could be bringing in their urinals to the UK for competition? Bloody hell that’s a sentence I never thought I’d write.

Retro City Rampage is out now on XBLA, WiiWare soon

Sega’s Urinal Game Has Released And You Will Too