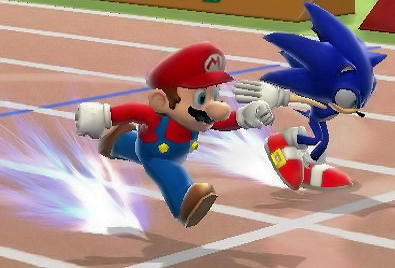 In the latest 9-month financial report, Sega has announced that they still make profits, but about 5% less than the year before. They still blame the Western market for that, even though Mario & Sonic at the London 2012 Olympic Games sold 2.4 million copies and Sonic Generations sold 1.6 million copies. Their Pachinko business is being quite stable and they actually sold 620k 3DS games, which surprises me. Hatsune Miku Project Diva Extend on the PSP sold 290k copies, which is impressive, it being a Japan-exclusive game. They want to expand on their mobile phone and social game market, which is a good idea in my opinion.