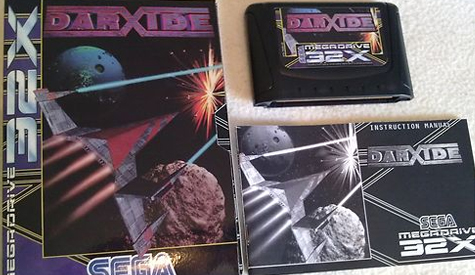 A seller on eBay is currently selling a reproduction of the ultra-rare 32x game, Darxide. The reproduction looks to be quite well done with a full color case, manual, and game cartridge. Even more impressive is that the game is region-free so US systems will be able to play the game unlike the official versions of the game that were only released in Europe. Currently, copies of the game are selling for nearly $200 which is kind of high for a reproduction but I guess it’s cheaper than the $1000 the official copies often go for.

Darxide is a very impressive 3D shoot-em-up for the 32x that was originally meant to be a launch title for the cancelled Sega Neptune, which, combined the Genesis and 32x into one console. I’d love to get my hands on a copy of the game someday but that price tag is a little steep for my tastes.

Rumor: Sega franchises that may appear in Neptune