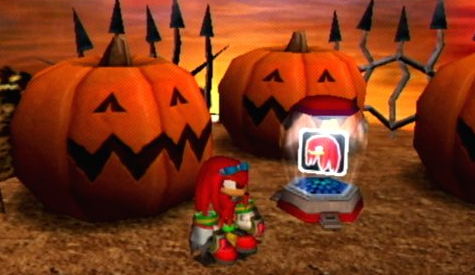 Sonic Boom 2012 provided us with the confirmation we were expecting regarding the rerelease of Sonic Adventure 2 on XBLA and PSN, however there was no mention of a PC release in the announcement. Considering that all previous Dreamcast ports were available for download for PC owners, it would be expected that Sonic Adventure 2 would be as well. Luckily, game rating organisations have come to the rescue once again with the Entertainment Software Rating Board (ESRB) officially rating the game as E10+ for Xbox 360, Playstation 3 and ‘Windows PC’.

‘But why E10+ Michael? T’was Rougue’s big ol’ boobies weren’t it?’ I hear you cry. But no, the E10+ rating is in fact a result of ‘“cartoony” gunfire and rockets. The theme song for one playable character contains the word “damn.”‘ Well thanks for that Knuckles. You used to be cool.

Sonic 4: Episode 1 is the daily deal on Steam

Here, have some tasty release dates!

Take a look at my Yakuza 4 calendar!