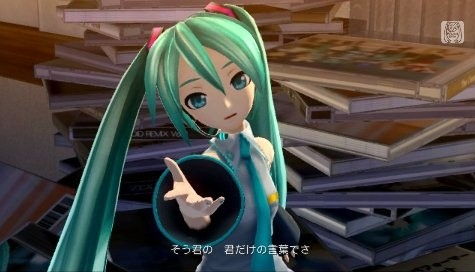 Essentially a port of the PS Vita original, Hatsune Miku Project Diva F will omit the Vita ‘scratch’ icons and camera-dependant AR mode. In their place with be new modes and a new ‘star’ icon, although details of both of these features have yet to be announced. System and edit data from the PS Vita version will be transferable to the PS3 version.

Anyone going to import the PS3 version? Is the PS Vita version enough for anyone? Let us know in the comments below!

Sonic & All-Stars Racing: Transformed releasing in May in Japan