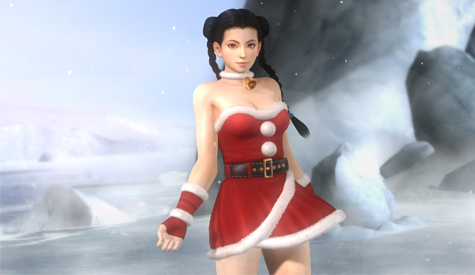 Have you been losing sleep wondering what Pai and Sarah Bryant from Virtua Fighter would look like in a Santa outfit? Well, now you can rest easy because Tecmo Koei has released some DLC packs for Dead or Alive 5 that will make your dreams come true! For 240 Microsoft Points each you can buy DLC packs that add holiday costumes to three characters in Dead or Alive 5. Unfortunately, Pai and Sarah Bryant are in two different packs so fans just wanting to dress up Virtua Fighter character will have to spend their hard earned $6 on two sets.

Personally, I think every game in existence should have a DLC pack to add some holiday cheer. Here’s an idea Sega, Holiday DLC for Condemned which gives all the enemies either Santa outfits or elf costumes and some new weapons like giant candy canes and wrapping paper rolls.