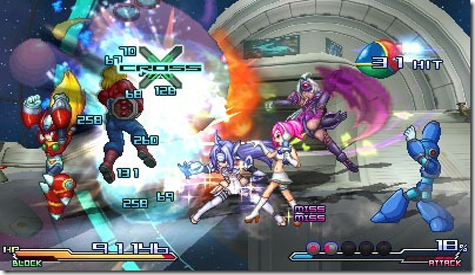 This screenshot alone should entice you.

It seemed like a miracle when Project X Zone was announced for localization back in January, but now it’s for certain we’ll get it. The news came in on the official site, stating it will be released on June 25th, 2013 in North America. Many people thought this was an error, but Namco Bandai confirmed the news with IGN. Although it has a release date for the US, they still haven’t announced a date for the PAL version.

It appears that my dream game will become a reality sooner than I thought. Three of my favorite companies in one strategy RPG! Are you excited for the game? If you lack a 3DS, I highly suggest you get one, and not only for this game!