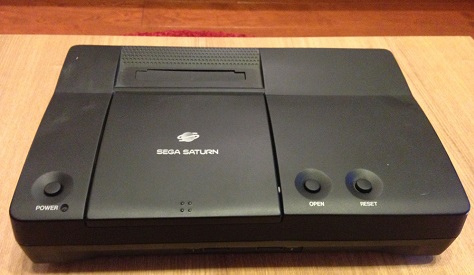 A former Sega console engineer has shown off a previously unheard of prototype console named the Sega Pluto. The machine, pictured above, is a Sega Saturn with a built in NetLink 28.8k dial-up modem module allowing for online play. It’s fully functional and is also a region locked, USA NTSC model.

The Sega Pluto has the following features:

This is an absolutely amazing piece of Sega history. And to think that Sega may have released the very first online console (bar the NetLink adaptor) before the Dreamcast. It even suggests that Sega had plans for even more NetLink compatible games aside from the small handful that already exist.

All available photos can be found after the jump as well as a copy of the former Sega employee’s original forum post. Let us now what you think in the comments section below!

After a good 14 years or so of sitting on this, I’ve decided it’s time to share a little bit of Sega lore with those who would appreciate it most.

First, a little background info — I was introduced to this site by Monkfish (a great friend who recently passed away, RIP), who provided everyone with the Geist build, if memory serves. We worked together at Sega back in the day, and a bout of reminiscence over my old friend led me to remember this site, which leads us to today.

A little more background info — as most of you know, Sega is a company with a history of turmoil. Employee turnover is a sad theme, and the Sonic Reaper (as we call him) strikes all too frequently. As such, the past gets forgotten quickly — treasures from the previous generation are quickly cast aside, as a new regime tries to make a name for themselves (or justify their existence). As such, some of said treasures get left on laid-off-peoples’ desks. And in a beautiful twist of fate, this beauty ended up finding its way to my desk, and then in a box with the rest of my stuff when I left Sega.

I was told that only two of these prototypes were made — and this is #2.

This thing is a beast, and definitely the heaviest console I’ve ever held in my hands. The front features two controller ports, and on top you have a flip-top drive bay, a cart slot, a Power button, and the venerable Reset button. Note that the logo still says Saturn, so I’m guessing the Pluto codename was simply that, and they were thinking of branding it with the Saturn name. (The logo is printed on production-style though, so I’m guessing they were fairly serious about this one.) The left and right sides feature beautiful-and-exotic vents, while the back is standard Saturn, save for the Netlink ports. The bottom has nothing of note except for the “PLUTO-02” sticker (which is, of course, of note).

But does it work? I honestly never tried to fire it up until now. Yesterday I picked up a power cable from Akihabara (I’m based in Japan these days), and with a little trepidation, I pressed the POWER button…

… and it lives! We’re dealing with a straight-up USA NTSC Saturn here (NTSC-4-V1.00a, for those keeping score), which is sadly region locked, so my copy of Policenauts doesn’t get any love. I don’t have any US titles on hand, so I’m unfortunately not able to test a disc booting. Can’t even imagine how I’d go about testing the Netlink part of this device (no landline here). I haven’t had the guts to open it up and see if there’s anything special inside, as I’m the kind of guy who tends to break wires and lose screws. I’m also not sure of the whereabouts of the Pluto-1 — I’m guessing someone from the pre-Dreamcast days has it, though.

Anyway, I just wanted to share a bit of rare Sega history with the few people in this world who might still care, and see if anyone else has any knowledge about this bad boy. I think it’s an interesting piece, and it hearkens back to a time when Sega was brave, and would try just about anything. Ah, how I miss that Sega…