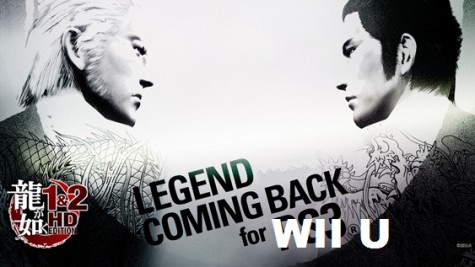 The Nintendo/Sega announcements just keep on coming, with the latest news revealing that last year’s Yakuza 1 & 2 HD is now coming to the Wii U in Japan. Of course, this means the addition of some new Wii U-exclusive features, including off-TV play.

This announcement comes as quite the shock, as Team Yakuza’s long-running crime saga has remained a Sony exclusive ever since its inception on the PS2. Could this mean we’ll be seeing a Wii U version of Yakuza 5 somewhere down the line? I friggin’ hope so.

Of course, there has been no word of any intention to bring Yakuza 1 & 2 HD to the US. Still, let’s hope that Sega’s new partnership with Nintendo will put some extra fire behind the push for localization.

Aaron Webber: No news yet on Yakuza 5 or HD Edition localization, but 'spread the word'

From the Vault! The Sega Addicts Kids Table: April – 1992