At this year’s A-Kon anime convention, North American distributor, Funimation, announced it had licensed the rights to the Sakura Wars movie and would be releasing the film on Blu-Ray.

Originally released in 2001, Sakura Wars: The Movie takes place between the games Sakura Wars 3 & 4 and was previously licensed by Pioneer Animation (now Geneon Entertainment) who released it on DVD and UMD. Funimation’s version will include the Geneon English dub but will include new extras including interviews with the movie’s staff.

Any Sakura Wars fans out there that are excited to see this movie on Blu-Ray? Have you seen the movie previously? How’s it tie in with the plot of the games? 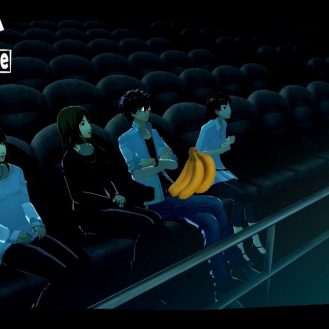 The Second Banana Episode 01: Your Name by Makoto Shinkai

Hatsune Miku: Project Diva F is out in the west