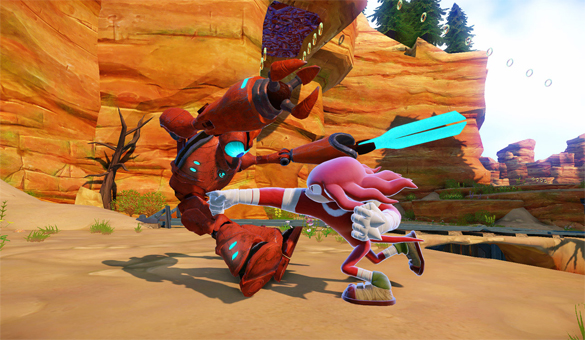 Sonic Boom definitely deserves its name, considering the internet exploded with fan outrage. But now the shock factor is gone, so it might be the time to calm down and learn more about the actual game.

Bob Rafei of Big Red Button recently spoke to Destructoid about what we can expect from Sonic Boom‘s gameplay:

It’s more of a linear game with lots of little sandboxes, and not an open world. We want players to have a clear path to follow but the worlds will consist of multiple spokes and wheels, allowing for branching paths for more veteran players. But we wanted players who weren’t as skilled to be able to follow the core path.

Sonic Boom will also have a much deeper combat, as Rafei noted that

It’s not all about speed. We’re also focusing on a hard hitting combat system, with major playstyle differences between the four characters.

Sonic Boom looks like one of the boldest games in the series yet. Personally, I wasn’t a fan of Lost World, so I’m extremely happy to see Sega take a slightly different direction with the new Sonic game.