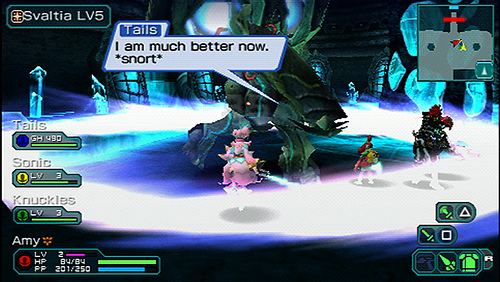 Sega claims this game will have twice as much content as the previous game with all new weapons, enemies, mission, etc. The game will also support 4 players with Infrastructure and Ad-Hoc online modes.

Expect to see Phantasy Star Portable 2 for the PSP this Fall.