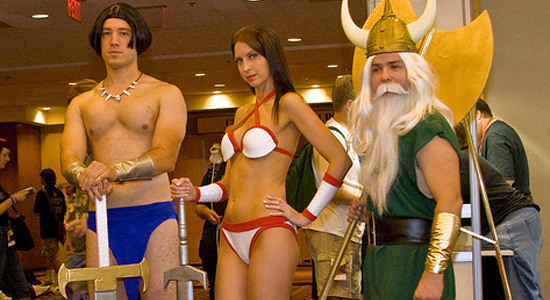 Neptune is a JRPG with personified video game companies as characters. It’s been known for awhile that Sega would be a character in the game and that some of their classic characters would appear, but just what franchises and games would be represented was never mentioned by the developer, Compile Hearts.

According to siliconera.com, some Japanese blogs may have discovered who some of the characters will be. With Golden Axe, Alex Kidd, Ashura, Fantasy Zone, Altered Beast, Shinobi, Penguin Land, and Space Harrier all getting mentioned it sounds like they may be aiming more towards the classic 80’s & 90’s franchises, rather than Sega’s more recent output. Sounds great to me. Someone needs to give these characters some love.

Get many Sega games for cheap on XBLA and PSN next week!